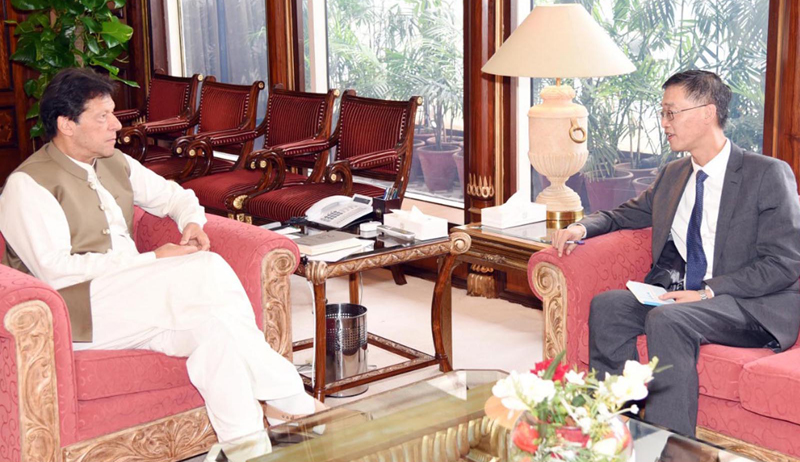 Heads of different Chinese companies on Friday gave assurance to Prime Minister Imran Khan to invest US $5 billion in Pakistan in next three to five years.

The investment and transfer of industrial setup by Chinese companies will generate over 50,000 jobs in Pakistan the first year, the PM Office said, as a delegation comprising heads and representatives of 55 Chinese companies met the prime minister.

The Chinese corporate leaders with their businesses in multiple areas including small and medium enterprise showed keen interest to invest in Pakistan. The meeting was the follow-up of Prime Minister Khan’s visit to China in April where the leadership of two countries agreed to strengthen bilateral relationship in key areas, particularly trade and investment.

Prime Minister Imran Khan welcomed the interest of Chinese companies, saying Pakistan’s diverse areas have immense potential for foreign investment. Inspired by the strategy of Chinese leadership on peace, governance and poverty alleviation, he said the government is willing to learn from these experiences to achieve the goals of national prosperity.

Imran Khan said China always sided with Pakistan in tough times, adding that people of both countries are tied in a strong bond of friendship. On China-Pakistan Economic Corridor (CPEC), he said the project will prove to be a game changer in exploring the true potential of bilateral trade relations. He said implementation of CPEC-related initiatives is a priority for the government, and mentioned setting up a special department at the planning ministry to oversee smooth running of projects. He said the government is focusing on the concept of ‘ease of doing business’ to promote foreign investment.

Planning Minister Khusro Bakhtiar and Adviser to PM on Commerce Abdul Razak Dawood apprised the meeting of the government’s fiscal policies and progress on CPEC-related projects.

Adviser to PM on Finance Dr Hafeez Sheikh, Board of Investment Chairman Zubair Gilani and Federal Board of Revenue Chairman Shabbar Zaidi were present. Meanwhile, Prime Minister Imran Khan Friday directed the Board of Investment (BoI) chairman to harmonise the business-related laws enforced at the Centre and the provinces within a month.

Chairing a meeting of the BoI’s Board of Directors here, the prime minister also directed to ease the business-related laws in light of the board’s recommendations to remove unnecessary conditions. The meeting discussed the measures to promote local and foreign investment, remove impediments, establishment of special economic zones, facilitation of the industrial sector and the business community at the federal and provincial levels.

The BoI chairman presented to the prime minister the first draft of the proposed new strategy for 2020-2024 on investment that would be finalised in accordance with the suggestions by the board members. The prime minister was apprised that the BoI has initiated the process to bring harmony among various federal and provincial laws related to the business sector. It was told that the BoI is also mulling over the laws concerning the special economic zones to make them business friendly.

The prime minister said it is among the government’s priorities to encourage and facilitate the investors. He viewed that the disharmony among the federal and provincial laws, unnecessary regulations for the business, sadist tendency in relevant government institutions and corrupt practices have created trouble for the business community that has also stagnated the industrial development. He said the government is taking full advantage of a huge number of young population, low-cost workforce and the government’s liberal investment policies, which are providing a conducive atmosphere for the investment.