Us-China trade war and the ban on Huawei

There was a time that the United States stood uncontested and unparalleled in the international community, enjoying superiority on all fronts.However, the world is currently experiencing a paradigm shift,evolving from a unipolar to a multipolar world.Major powers like Russia and China have entered the arena, tipping the scales in their favour to alter the dynamics of geopolitics. The United States of America is still the dominant player in international politics, but terming it as the sole power would be erroneous.China isat its tail, climbing the success ladder way too swiftly for America’s comfort, and may in the near future become the dominant economic power of the world. 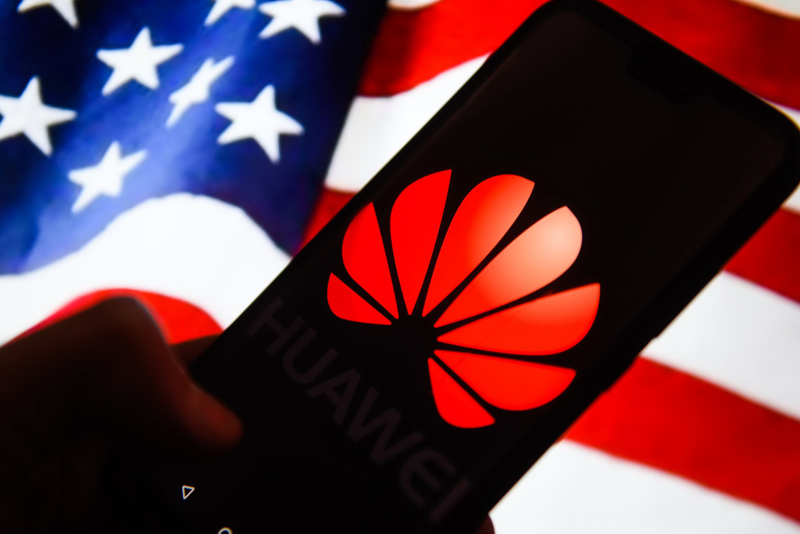 Perhaps, this is why the trade war between the US and China is a topic of colossal importance,extensive research and debate. It is not a war that can cost the world human lives in a battlefield, but it most certainly can cost either state billions of dollars, and affect entrepreneurs nationwide, with their economies taking a great hit. Consequently, some experts claim that the Huawei ban by the Trump administration is collateral damage in the trade war between the two most powerful economies of the world.But the United States has a different story to tell.

Huawei was founded in 1987 by Ren Zhengfei, a former officer of the Chinese People’s Liberation Army and a public supporter of the Communist movement. Ren started Huawei Technologies Co. Ltd with roughly $5,000 and three employees, but with assistance from the Chinese government and its dedication to R&D and innovation, it grew into a technology giant with its revenue surpassing $100 billion in 2018 despite political headwinds from around the globe.

Even though the company is the world’s largest telecom supplier and the second largest smartphone manufacturer, it has been treated as a pariah in some countries. In 2012, it was banned from the Australian National broadband network over concerns of cybersecurity. After several warnings and slamming from the CIA, NSAand FBI, in May 2019, the Trump government banned US companies from doing business with Huawei,declaring it as a threat to their national security due to its hardware,which United States suspectscan be used for espionage.Huawei had 30 supplier companies from the United States, but with the ban in effect,these companies are restricted from working with Huawei. It will not only affect the market but also their production, as these companies provide essential parts to the manufacturing of Huawei products.

The Trump administration accuses Huawei of espionage claiming its smartphones and laptops are being used to spy onthe US and other countries. It is apprehensive of the cosiness between the company and the Chinese government, and believes that they are working together to destabilise their competitors. The initial executive order states that “foreign adversaries are increasingly creating and exploiting vulnerabilities in information and communications technology and services (of the US)” and the “unrestricted acquisition or use” of hardware made by the said adversaries makes those vulnerabilities even worse.

However, some experts say that this is the excuse that Donald Trump presented to satisfy the international community andmedia; there is more than what meets the eye. China is the biggest political and economic rival of the US. Adding Huawei to the US Department of Commerce’s ‘Bureau of Industry and Security Entity List’ could serve as a way to undermine its influence and growth around the globe. With its inability to have Androidoperating system, Intel microchips and Microsoft supported laptops, the Chinese economy could take a great hit. The banthus becomes a power play move. However, if this really was an excuse to escalate the trade war, then it puts a question mark on the credibility of US national security concerns.

Apple is considered as America’s ‘golden child’, adding billions of dollars to its GDP each year. However, Huawei, which used to be 3rd in the world smartphone market, surpassed Apple and is now second only to Samsung. Hence banning Huawei could give Apple the space to expand its market share. Interestingly though, 51 percent of Huawei’s business is in China and 49 percent of it with the rest of the world,therefore, the US receives a small percentage; Whereas 33 percent of Apple’s business is with China, so if China were to ban Apple like the US banned Huawei, the latter would incur greater losses.

Even though the ban came as a shock or at least as news to the rest of the world, Huawei had been preparing for an assault like this one. It claims that it does not necessarily need the United States, and has been working on its own Operating System for some time. The new “operating system, to be named ‘HongMeng OS’ in China or ‘Oak OS’ in overseas markets, is likely to be launched in August or September 2019,” as reported by China’s Global Times, and is supposedly 60 percent faster than the latest Android version. However, its acceptability and success in the market are still uncertain.

Huawei, moreover, claims that the ban will leave the United States lagging behind in the 5Gtechnology. The 5G technology will be a landmark development in the technological field;when 4G made an entrance into the world arena,it added $100 billion to the United States’ GDP. 5G, which ismany times faster than 4G, is expected to add $500 billion to the GDP of the economy that acquires it first.

China is reportedly testing the 5G technology presently, and is expected to make it available to the world by 2020. The United States, on the other hand,is also working to develop this technology, which will be available for markets by 2025. This gives China afive years’head start against the US, andfurther strengthen hereconomy by sharingthis technology with other major economies like Japan, South Korea and the European Union.

In the aftermath of the ban, many US tech companies such as Google, Intel and Qualcomm lobbied on behalf of Huawei. Intel and Qualcomm were concerned about losing tens of billions of dollars that Huawei spends each year on buying components from them. While Google was concerned about losing 800 million customers, and also about the Oak OS, which could emerge as a potential competitor and a third force in the Smartphone OS monopoly of Android and IOS. As a result of this lobbying and the recent meeting of Trump and Xi Jinping, Trump announced to allow Huawei to buy products from US firms, but it is still unclear how things would proceed as Huawei still remains on the Entity List.

The ban was indeed a huge blow but Huawei being the tech giant it is might be the only company that can combat such an assault. Coupled with the latestTrump announcement to permit Huawei to purchase products from US companies, and its position in the telecommunication world, it might be able to make an astounding comeback. Moreover, if the new Operating System marks yet another success story for Huawei, and the companyfindscomponent suppliers outside of the United States, it could potentially decrease its dependency on the latter.However, that in itself is an enormous challenge and will be a slippery road to go down, as other multi-billion dollar companies like Amazon had tried their luck in the past but had failed.

Hence, the challenges that Huawei faces are indeedoverwhelming, but its farsightednessand Trump’s recent statement suggest that the future might not be too grim for the company. More accurate predictions could, however, be made, as President Trump and President Xi resume trade talks, and future policies regardingHuaweiunfold.

Thre writer is an intern at the Center for International Strategic Studies, Islamabad