The ship British Heritage, run by oil company BP, has dropped anchor off the coast of Saudi Arabia
The tanker was sailing toward Basrah terminal in Iraq when ship tracking showed it performed a U-turn 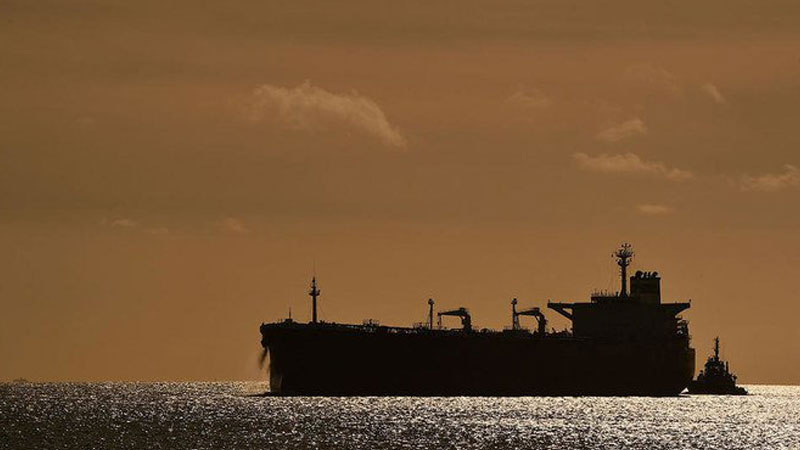 A British oil tanker has halted its journey through the Strait of Hormuz for fear of being seized by Iran in response to the capture of a ship by UK forces last week.

The ship British Heritage, run by oil company BP, has dropped anchor off the coast of Saudi Arabia inside the Arabian Gulf, Bloomberg reported.

The tanker was sailing toward Basrah terminal in Iraq when ship tracking showed it performed a U-turn within 40 kilometers of the port on Saturday.

The ship, which can carry 1 million barrels of oil, is now anchored off the eastern coast of the Kingdom.
The vessel is flying under the British flag and had been chartered by Royal Dutch Shell to transport crude from Basrah to northwest Europe, Bloomberg reported. It didn’t collect that cargo and the booking was canceled.

The report said BP fears the ship could become a target of Iranian forces seeking to retaliate for the seizing by British Royal Marines of the Grace 1 last week off the coast of Gibraltar. BP refused to comment on the status of the British Heritage when contacted by Agencies.

The UK said the Iranian tanker Grace 1 was attempting to deliver Iranian oil to Syria via the Mediterranean in breach of international sanctions.

Tehran called the seizure of its tanker “an act of piracy” and a former Revolutionary Guard chief said Iran should seize a British ship in response.

The Iranian regime has threatened to close the Strait of Hormuz, the channel the British Heritage would need to sail through to leave the Arabian Gulf. The narrow waterway, which is a conduit for about a fifth of the world’s crude oil supplies, forces vessels to sail close to the Iranian coast.
Iran has received international condemnation after the US said Tehran was responsible for a string of attacks on vessels in the waters off the UAE and Oman. agencies