I am a great admirer of that lady doctor, you know the one, the special assistant to the Dear Leader for information and broadcasting. She replaced that popular chap who was made minister of science and technology, even though he is a lawyer who I doubt would be able to explain the Theory of Relativity to anyone. 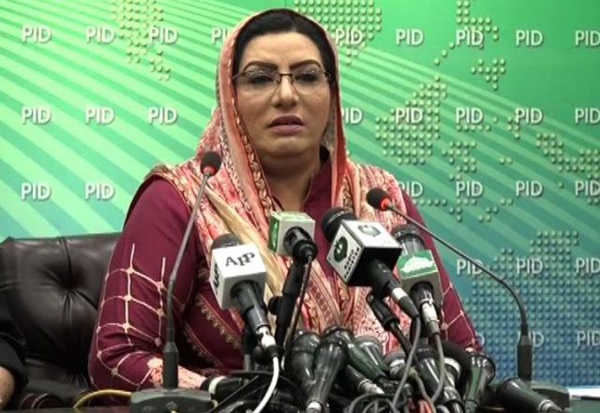 As I said, I was, in fact, I always am deeply impressed by the lady, as she is a bundle of energy who can talk for hours without getting tired. I can’t talk for ten minutes without my blood pressure shooting up, especially when my driver asks me to explain to him the Theory of Relativity, and why we can’t drop atom bombs on the houses of people we don’t like. So when she recently said that “there is one political leader who was born with birth-defects”, I gasped with admiration. I don’t know whom she meant, because there are many such leaders in the country. No, I can’t name them because I don’t want to be faced with lawsuits. But when she was asked to elaborate, following an outcry on social media, she didn’t give the standard answer that politicians with birth defects usually offer: “My statement was taken out of context.”

I can’t talk for ten minutes without my blood pressure shooting up, especially when my driver asks me to explain to him the Theory of Relativity

No, the fearless lady boldly said she had meant ‘defected’; thank God, she didn’t say ‘defecated’. She remarked, “Defected are the ones who contradict between their words and actions.” Elaborating further, the lady said, “Every person who contradicts his words with his actions is born with a birth defect, it can also be a political person who might have physical, medical, and psychological defects by birth.”

Well, you could have fooled me. I’m sure she didn’t use the term defected in the sense of someone defecting from one party to another, as she herself is such a one, and among her colleagues, there are many others as well. Again, when she said, “Defected are the ones who contradict between their words and actions”, I know many such people, one of them lives in Islamabad whose name I’ve forgotten but he’s the one who loves taking U-turns every now and then. Obviously, she wasn’t referring to him, or to some of her colleagues who have the same habit of making U-turns and contradicting themselves every other day.

So that leaves me wondering what word she meant to use instead of defected. Perhaps she meant ‘defective’, particularly ‘mentally defective’. That bit about being born with birth defects explains a lot. What she probably meant was that there are several politicians who are not defected but defective. Being a doctor, she should know that the country is full of such people. No, no, I’m not referring to those millions who voted for the PTI, I mean those politicians who have the habit of ‘defecting’ before every election.

The Great Khan would do the nation a big favour if he forms another commission, headed by the lady doctor, to determine what to do to those who are defected or defective.

The writer is an engineer, a former visiting lecturer at NED Engineering College, an industrialist, and has been associated with the petroleum, chemical industries for many years