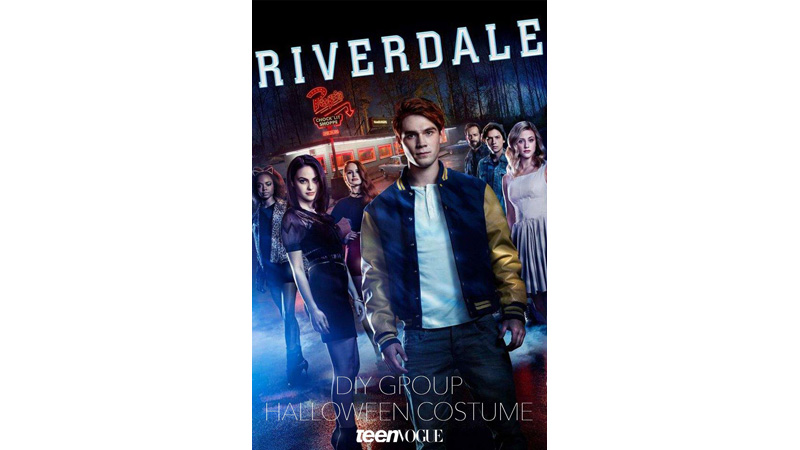 There are two types of people in this world, those who tries to suppress the animal inside them and then the ones who let that beast come out.

In both cases, what remains constant is the beast. We all have one inside.

Riverdale is a town with merry young hearts that find their refuge in the neon lights of aesthetic Pop Tate’s Chock lit Shoppe. The cozy nook that witnessed many sweet and ignorant kisses of infatuation turn into a beautiful vow of inseparable friendships. Beautiful as the town is, the mysteries linger in every corner of Riverdale. Hitting the screens on January 26, 2017, Riverdale is an urban American drama series. Gothic and shady as the plot might seems to be, the series stirred many minds with its perfect characterization scheme. Each character represents a social evil that is beaten up by the character itself with the passage of time.

Dating back to the 19th Century, where the concept of dynamic characters emerged, ‘Riverdale’ is a marvellous embodiment of dynamic characters. Archie Andrews, the charming prince who made many mistakes in his life, started off with his music career in defiance to his father’s business legacy. Archie had no clue where the life is going to take him. The spark of his passion for music lit up and died many times until one day, when he finally found out that boxing is meant to be his ultimate goal. Boxing proved to be his life saving key where he beat down a monster to save his and his friends’ life.

Archie strayed from the right path for umpteenth times, yet each evil experience taught him a life lesson. He learned different techniques to cope up with a single situation, in multiple ways. For multiple times, Archie went against his father and every time he learned a new lesson which made him grow into a better person. Archie learned how to balance the good and bad element in himself to live a balanced life. From fearful, and clumsy hunk whose life was always determined by the people around him, he grew into a wild, fierce and fearless hero. A hero who can write his own destiny.

“From now on, we’re protecting our own.”

Betty Cooper, a perfect girl next door kind of figure, a girl who spilled her feelings in front of Archie Andrews that lead her to a severe heartbreak.

We can see how Betty learned how to keep her feelings to herself because she knew that it is only herself that can make the things right. It is she, herself who have to fight for her own cause. From an innocent, expressive and uncontrollable image, Betty turned into someone who can perfectly conceal her tears, hide her fears and can easily control the everyday challenges. The character of Betty is very strong, unlike Veronica who is a wreck less diva; Betty has her own strength and potentials that are incomparable.

Dating back to the 19th Century, where the concept of dynamic characters emerged, ‘Riverdale’ is a marvellous embodiment of dynamic characters. Archie Andrews, the charming prince who made many mistakes in his life, started off with his music career in defiance to his father’s business legacy

Betty is a truth-seeker, who can dig the truth of her long forgotten sister, and bring her back. Betty is a daughter who can understand her mother and help her in embracing her true identity. She is a marvellous lover who can even change her social identity just to protect her boyfriend. She is a hero who can hunt down her own father because of his criminal revelation. She is a forgiver who can forgive her boyfriend, mother and best friends for their evil deeds. She is a saviour, who can turn into a sexy nightmare to teach a lesson to the misogynist figure, Chuck.

Veronica Lodge, whose first appearance, either gothic or evil, turned out to be a wonderful friend, daughter, and a spectacular girlfriend. Despite her shady and ugly doings back in New York, she came to Riverdale with a fresh ambition to be a good human being. With the passage of time, Veronica is continuously betrayed by her father, yet she managed to maintain a balance in her love life and family. From Hermes and Louis Vuitton digger to a hardworking bartender, Veronica became a strong player who knew how to make the tables turn. She reversed the game that her father was playing with her and got him arrested by FBI.

Veronica was a masterpiece and a perfect embodiment of beauty with brains. She is the one who can take her cheerleading team to the high profile prison to cheer her boyfriend. She is a possessive girlfriend who can plan her boyfriend’s break out from the prison. She is that sacrificing best friend who can drink the poison in place of Betty, to protect her. She is a daughter that can forget and forgive her father’s never ending betrayals to establish a happy family. Veronica has her own charm and no doubt she is the Riverdale Queen of Sass. She developed a perfect aura at the end of the third season as she said:

Jughead Jones, a perfect characterization of that weird loner, who appears to be cold and feeling less, yet is the softest at the heart. Jughead is that character who likes to reflect himself as rough and cold yet, I believe is the most vulnerable one. He is affected by tiny things. Little events of dismay can bring tears into his eyes and we can watch him break down over small disputes.

From being clumsy, loner, weird, and introvert, Jughead blossomed into a beautiful friend who is always there for you without any terms and conditions. Running away from his dark reality, he turns out to be the one who actually embraced his family, owned them and purified them. Jughead was the son of a famous drug dealer, who belonged to a small gang that used to live in the South side of Riverdale. When Jughead first came to know about the reality of his origin, he tried to run away from his shadow. He kept secrets and tried distance himself from his friends. But we saw him not only owning his identity, but being the proud King of the tribe.

Jughead was a person who won trust of his tribe, stood alone for their safety, for their rights when no one else was there for them. He made the tribe civilized, and raised them to the competing standards of the North side students. He is a warrior, he can easily solve all the riddles and creepy adventures by relating them to the real life. He made us realize that whatever is happening around us, is a complete reflection of our and our parent’s doings. From being selfish, he became selfless. His unnecessary arrogant attitude changed into more compromising and sacrificial personality. When Betty arranged a surprise birthday party for him, he becomes irritated and instead of being thankful, broke Betty’s heart by saying:

However, at the end, he himself was the one who threw a grand birthday party for his father and enjoyed the night with a crowd around him. Jughead seems to be the deepest character, who went through maximum spiritual changes as the drama proceeds. He unleashes many realities of life which his famous quote from the drama suggests:

“Fear. It’s the most basic, the most human emotion. As kids, we’re afraid of everything. The dark. The boogeyman under the bed. And we pray for morning. For the monsters to go away. Though they never do. Not really.”

The last but not the least, a very controversial character Cheryl Blossom, the golden girl of Riverdale high who can be seen causing troubles, making chaos, enjoying the fights she has caused among friends. Her most famous line from the series, “I am in the mood for chaos” won many rebellious hearts. Cheryl Blossom seems to be a very dark and mean character in the start but she was the one holding many secrets in her heart; some seriously shady ones. As the drama proceeds, Cheryl becomes as pure as an angel, and is always there to save the people, in every possible way. She broke into the most famous torture house of the nuns to save Betty and the other time to save the whole crew of Betty from getting preyed by her own mother.

Cheryl revealed on her brothers funeral, the most heart breaking lines of the decade. She, despite being the bombshell of the school, as she called herself, confessed in front of numerous people that she always wanted to have a separate birthday party from her twin brother, yet one day, out of the blue, my brother convinced me to celebrate on the same day. It got revealed later on that nobody wanted to come on her birthday party as everybody hate her. This line literally broke my heart! Cheryl changed a lot with the passage of time. From considering Toni, who was from the South side, as untouchable, she confessed her loneliness in front of her and cozied up a romantic relationship with her. From being the monster of discrimination, she learned acceptance, love and cooperation. Her arrogance regarding her wealth and rich legacy faded away as she learned how to love and be loved up to the point that she submitted her bossiness in front of her girlfriend Tony, just to win her heart. Her hurting rebellious attitude, that broke many hearts in the start, her direct addresses, explicit insults and bad mouthing metamorphosed into a sweet rebellious diva, who can never lose her beautiful charm.

Cheryl is a perfect representation of women empowerment by her growth into an independent woman. Despite the fear of lingering death, she faced it and was able to conquer her fears by setting her own luxury mansion on fire. The character of Cheryl taught us that we don’t always need to change our self completely, into another person, yet all we need is control over our self, and our actions. Actions, if done right, creates a beautiful person whom everybody love and respect.

From “Sorry to interrupt the sad breakfast club”, she became, “Want to team up for a little destruction?”

The writer is a blogger, researcher and a volunteer at I Feel charity school. She is a student of English Literature at Air University and can be reached at zarbakhtbilal1996@gmail.com