Evolve or be ready to devolve

The decision of the pre-trial chamber of the International Criminal Court to not grant the prosecutor permission to probe war crimes committed by all sides in Afghanistan has put the last nail in the coffin in the establishment of an independent international judicial system. The organization has thus admitted inability to initiate an investigation in the face of uncooperative parties (US, Afghanistan and Taliban) considering it a mere waste of time and resources.

Article 15 of the ICC statute provides that a prosecutor may initiate prosecution without a state party or Security Council referral. To do so, it requires authorisation by the pre-trial chamber by establishing the fact that the case fit for hearing in term of evidence and jurisdiction. In the preliminary examination the two conditions have been fulfilled. Sound evidence has been collected from information released by the CIA of civilian killing. Interviews with people affected by the war and other circumstantial facts have established the fact that war crimes have been committed within the purview of Article 8 of the ICC statute.

Prosecutor Fatou Bensouda has filed an appeal before the appeal chamber and raised the question whether a pre-trial chamber can exercise such extensive discretion in allowing or restricting the investigation and whether it has the power to exercise a prospective approach in deciding about the application. The appeal is yet to be decided.

What is at stake? It’s not the sovereignty of states or resources of the court, but the rights of 1.7 million people, who have filed war crimes’ claims. The matter should not have been dealt with recklessly. 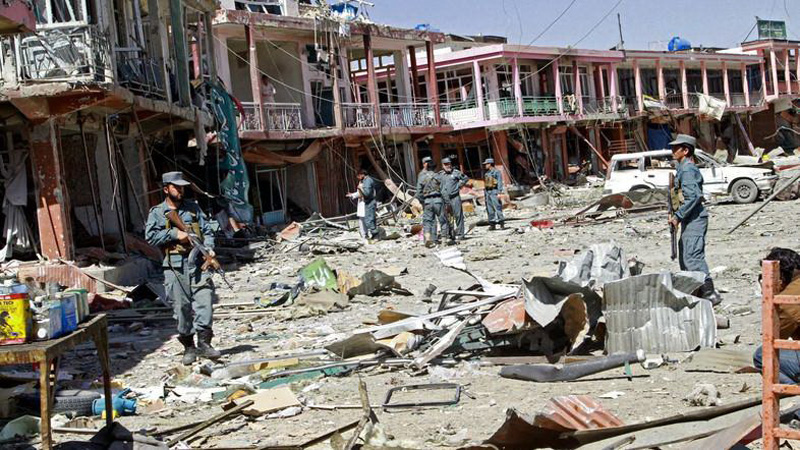 President Trump’s decision to grant a pardon for all war crimes before genuine proceedings has added fuel to the fire. Once the appeal chamber grants permission to initiate an investigation, this pardon will have no effect on ICC proceedings. Even national trials bear no effect once they are shown to be a sham under Article 17(2) of Rome Statute. If no action is taken in this regard, who will address this impunity?

US claims it never recognised the ICC jurisdiction as it is not a party to the statute. This argument fails on the ground that countries like Afghanistan (2003), Lithuania and Romania were parties to the statute and that is where war crimes were committed.

The issue is going to be the first of its nature as several statuses have been clouded due to the novelty of the problem. For instance, the status of combatant immunity and the prisoner of war.

It is not the sovereignty of states or resources of the court that are at stake, it is the rights of 1.7 million people

In US v Hamidullah, the court refused to recognise the Taliban as armed force party to the conflict. This meant that they could not have combatant immunity and prisoner of war status due to terrorist activities. The court thus avoided falling into the debate of nature of the conflict.

Some have called it both an IAC and an NIAC by first recognising the Taliban as de facto government from October 2001 to 2004 and then calling them a terrorist group. The purpose of dividing the conflicts into two categories is to determine which set of rules would apply. An NIAC will be regulated under a narrow scope of Additional Protocol II (AP II)and mutual Article 3 of four Geneva Conventions. It is silent on many issues, including combatant immunity, which has been only protected under Geneva Convention III. If it is an IAC, it is regulated through four Geneva Conventions and two additional protocols: Protocol 1 and 3.

The US, under Lieber Code, claims that its armed forces enjoy combatant immunity in any type of armed conflict and cannot be tried under any alien national judicial system. However, this is national legislation, which has no application in an alien regime over both types of conflicts.

If we suppose presume that the conflict is an NIAC, then Mathew Golsteyn, who killed unarmed civilians, should have been tried in Afghanistan. However, this matter is still undecided and so is the status of combatant immunity.

Only if the ICC allows this case to proceed, will this matter will be cleared.

Combatant immunity is a reciprocal treatment and both parties should observe the conduct of war mutually. Where the Taliban used unlawful methods to achieve war aims, they will be removed from combatant status. Due to the influx of complaints, this is going to be a taking procedure, where the matter will be decided case by case.

There is a long list of war crimes regarding civilians and combatants under which this court can assume jurisdiction. The trial is going to be conducted against all those who committed grave breaches whether they are Afghan security personnel, Taliban, US forces or NATO forces. ICC has the opportunity to decide a range of matters from the nature of the conflict to the combatant immunity.

It may be too early to conclude that the ICC has surrendered its role. This might be the dark day for justice, according to Patrick Baudouin, president of the International Federation for Human Rights.

Rather than making its decisions effective through the body of assembly of states and Security Council, which are treading Westphalian model of self-interests, the ICC is avoiding issues requiring its attention.

The purpose of adding the clause for the prosecutor’s Proprio Motu power to initiate an investigation on his own in the latter stages of drafting was to make ICC an independent body. Had the states’ cooperation been so necessary or obvious, cases referred by the Security Council and states would have sufficed. There was no need for giving this power to the prosecutor.

That’s why, rather than evolving into a strong body, the ICC appears to be a tired and redundant body, reeling under the burden of its failures.