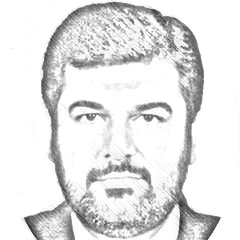 The KP budget is typically not a news-making event, typically because there isn’t much to report that’s different. This year though, with the merger of FATA, an extension of the retirement age from 60 to 63, a claimed development budget almost the size of Punjab’s, and proposed new steps such as the introduction of universal health insurance, at least on paper there was a lot to discuss.

It all began with Dawn’s first story on the budget, which Mr. Jhagra refuted with a tweet, claiming it was factually inaccurate.

To this, Mr. Khurram Hussain, an editor at dawn who writes on the economy, replied stating that the story on dawn.com titled “KP presents Rs. 900b budget for 2019-20”, but really almost wholly a statement of various tax rates in the budget, was factually accurate, and based on the budget books. He also claimed that it contained no claims about the province increasing “income tax”, but instead about “rising provincial taxes”.

While Mr. Hussain continues to claim the moral high ground claiming that his original challenge had not been answered, Mr. Jhagra has since then maintained a dignified silence, and let others on twitter do the talking with Mr. Hussain

The trolling continued through the day, with Mr. Hussain tweeting again wondering why Mr. Jhagra had not issued a promised rebuttal.

It is rare for our typical politicians to get one up on the media, but Mr. Jhagra, who is an ex-McKinsey partner, happened to have a couple of aces up his sleeve. In their hurry to file a story, it appeared that Dawn had published an article that did contain a large number of inaccuracies, that Mr. Jhagra highlighted. In an 18-tweet politely worded thread, he dissected each of the inaccuracies in the article, supported with factual evidence. Perhaps in a hurry to get a spicy story out, it was Dawn itself that did not read the budget books correctly in this case, and portrayed annual taxes as monthly ones, hence overstating each tax by a factor of 12.

It appears that Dawn had also changed the wording of the original story before Mr. Hussain had originally tweeted about it, replacing the term “income tax” with “provincial tax”, something that was also pointed out by Mr. Jhagra in a subsequent tweet.

While Mr. Hussain continues to claim the moral high ground claiming that his original challenge had not been answered, Mr. Jhagra has since then maintained a dignified silence, and let others on twitter do the talking with Mr. Hussain. Dawn.com has since changed the original article a second time, this time correcting the claimed tax rates as highlighted by Mr. Jhagra, issuing a clarification, and regretting the error. The reaction on social media has been overwhelmingly in support of the minister, with Mr. Hussain possibly having a hard day at the office, as well as the correspondent whose article he tried to defend.

Trolling it seems, whether by PTI Social Media, or by reputed Dawn correspondents, does come with health risks if not backed by the right facts.