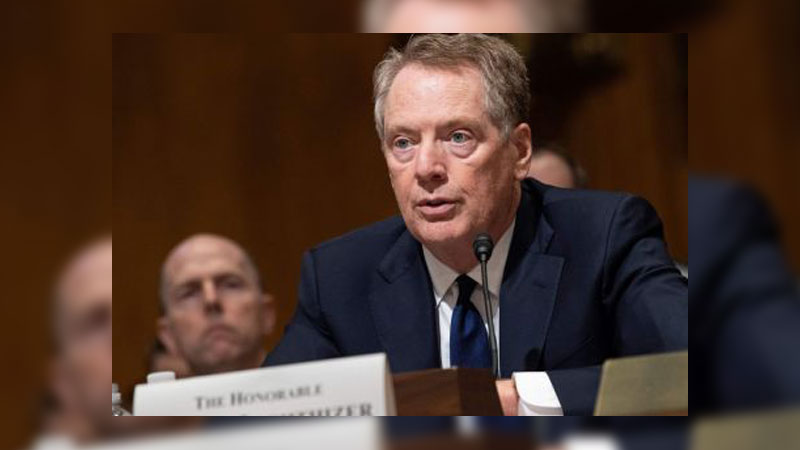 The testimony by US Trade Representative Robert Lighthizer comes a week before US officials are due to meet Japanese counterparts on the sidelines of the Group of 20 summit in Osaka, Japan, according to Lighthizer.

He told a House of Representatives panel on taxes and trade duties that US farmers are now at a disadvantage in exporting to Japan, which has entered a new trade agreement with Europe and is also party to the Transpacific Partnership — giving Australian and Canadian exporters an advantage over the United States.

President Donald Trump withdrew from the TPP on his first full day in office in 2017, claiming it would have led to job losses and further erosion of US manufacturing.
“We understand the nature of this problem and we have to resolve it because if we don’t, these farmers are gonna lose that market, because of nothing they did, just because Japan gave more access to somebody else, and they may never get those markets back,” Lighthizer said in a second consecutive day of congressional testimony.

“And the Japanese understand completely our position and I’m hopeful that we’ll have something resolved in the weeks and months ahead, but there’s an enormous amount of urgency.”
During a meeting in Tokyo last month with Japanese Prime Minister Shinzo Abe, Trump complained of the sizeable US trade deficit with Japan, which amounted to $67.2 billion in goods last year.

Trump expects to meet his Chinese counterpart Xi Jinping at the G20 summit this week in an effort to rescue trade negotiations that appeared to collapse last month.
American officials accused their Chinese counterparts of backsliding on commitments made in the talks. Lighthizer said he was hopeful the talks could resume productively.

“My speculation is that some forces in China decided that they had gone too far, went out beyond their mandate,” he said.

“I have trust and complete good faith in the people that I’m dealing with… My hope is we can get back on track.”
If not, trade relations face the prospect of deteriorating drastically.

Lighthizer’s office is currently holding public hearings on plans to impose steep tariffs on $300 billion more in Chinese imports, or all remaining Chinese goods not currently subject to punitive duties.

He also said the United States could respond “very strongly” to French plans to adopt a digital services tax that Lighthizer claimed could hit American companies “disproportionately.”
French lawmakers have proposed a three percent tax on gross income, rather than profits, from certain digital businesses.
“I believe the president will respond strongly to that,” Lighthizer said.

The United States also hopes to resolve trade differences with India after terminating New Delhi’s duty-free access benefits under the Generalized System of Preferences — a measure that took effect this month, according to Lighthizer.

US officials accuse India of placing improper barriers to that country’s market on US goods.

“It’s a massive economy. It’s only gonna get bigger and it’s a great opportunity for a lot of American farmers and businesses,” he said.
“Having said that, we have a series of problems with them… I have a new counterpart and I will talk with him in the next few days.”

Lighthizer is also currently in fraught talks with Democrats in the House of Representatives, who say in principle they favor approving the new United States-Mexico-Canada trade agreement but have reservations over enforcement of Mexican labor laws, among other qualms.

Lighthizer has pledged to help address these concerns but warned against excessive delays, saying the United States risks a “catastrophe” if the treaty is not ratified and that thousands of jobs are at stake.