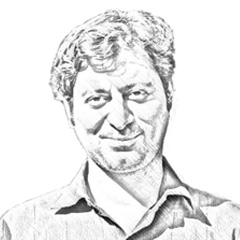 Let’s get real about Pak-Russia relations

The brief but relatively pleasant interaction between Pakistan’s prime minister Imran Khan and his Russian counterpart Vladimir Putin on the sidelines of the recently concluded SCO summit in the capital city of Kyrgyzstan were widely reported in Pakistan’s mainstream media and hailed by the youth of the country on social media as a “quick reset” in ties between the two Cold War rival nations. In other words, many in Pakistan seemed to think that Russia and Pakistan are now strong allies because Khan had some good moments with Putin unlike Mr Modi, a recently re-elected leader of Pakistan’s archrival India. Wrong.

It is quite interesting to see that both Imran Khan and Vladimir Putin nonetheless share some spectacular attributes (both innate and acquired) such as their year, month and close days of birth (October 5 and 7, 1952), athletic and fit physiques, ultra-nationalism and patriotism, anti-Americanism, strong stand against corruption, and pro-people policies etc. However, their polar differences such as their divergent stands on the freedom of media, human rights, democracy, revolution (tsunami in Khan’s language), international relations, pragmatism and much more outshine their similarities.

This is in addition to the fact that Khan is a newcomer in government with little-to-no diplomatic skills while Putin is a former elite KGB spy who has been ruling his country for 20 years now and who has flamboyant diplomatic skills and epic articulation.

Long gone are the days when alliance systems among nations used to be based upon and cemented by the personal chemistry between political leadership, ideological kinship, and intangible or immaterial attributes. The marked shift has been a hallmark of the post-bipolar world.

What we see and term today as “cordial or special relationship and or a strong bond” among certain nations of the world basically stems from the strong economic and or technological interdependence that have held them together; hence the term economic diplomacy. This certainly does not apply when speaking of Pakistan-Russia relations especially vis-à-vis India-Russia relations and despite some military-to-military contacts in the past few years between Pakistan and Russia.

Russia appears to have no geostrategic interests in Pakistan, except for using the Pakistan card to modify the behaviour of India and to turn it to its own interests

Imran Khan needs to understand the Russian leader Vladimir Putin as well the country that the latter has been ruling since 1999, in order to launch meaningful ties with the powerful bear to the north.

Ever since Vladimir Putin assumed the reins of power, there has been only one thing on his mind, advancing and stabilizing his country’s economy. The KGB spy-turned-president knew well that without an economically viable Russia, competition with the US-led free world was only a mad man’s dream. This approach can be corroborated by the fact that in 2000, the GDP per capita of Russia was only $1,899. In 2017, it stood at $10,966. Russia is expected to become the 5th largest economy of the world by 2020. This has happened due to, among many factors, Putin’s emphasis on revitalizing the fractured economic bonds between Russia and some powerful economies in Europe and Asia.

On the other hand, Putin’s Russia appears to be least interested in forging even near-strong ties with nations like Pakistan, Bangladesh, Afghanistan and Sri Lanka for they face the scourge of terrorism and sweeping corruption at home and thus offer very little market for Russian exports or geostrategic influence. This is substantiated by the fact that the Russian president has not visited any of the said countries since coming to power in 1999 as prime minister of Russian Federation. Likewise, trade with any of these countries is hardly above $1 billion as of 2018.

When it comes to Pakistan’s relations with Russia, it has surely moved slightly in the positive direction especially in the backdrop of some high profile visits of military and political personnel between the two countries and of discussionsover some limited military sales to Pakistan. However, according to Ajit Doval, India’s national security adviser, Russia has no plans to diversify the spectrum of its defence relationship with Pakistan. It would rather keep it limited. In other words, Russia cannot afford to alienate an ever growing export market in a powerful India only to appease an economically struggling Pakistan in return for defence projects worth only peanuts.

As far the news of Russia’s interst in the CPEC (a flagship project of the Chinese Belt and Road Initiative), it is far from reality. Part of the reason is, Russia’s major consumer of gas is Europe, China and its near abroad. It is actively pursuing new ways to further it rather than thinking of the Middle East and Africa – probably last of the last options for Russian energy exports.

Russia appears to have no geostrategic intersts in Pakistan, except for using the Pakistan card to modify the behaviour of India and to turn it to its own interests. Russia is wary of deepening Indo-US economic and defence ties which is why it sometimes plays the Pakistan card.

If Imran Khan’s Naya Pakistan really wants to forge closer ties with Russia, it can do so by: utilizing all options to maintain peace in Afghanistan that will then provide an easy access for Pakistan to Russia’s rich near abroad and ultimately to Russia itself, mulling Russian investment in non-defence sectors such as education, tourism, energy, infrastructure development, information technology, agriculture, dairy farming, minerals, research and development, counter-terrorism, engineering and textile etc, and by trying to closely align Pakistan’s diplomatic interests with those of Russia. Once accomplished, this will pave the way for stronger military ties as well.