What deforestation is doing to our country

* Deforestation has increased rapidly in Pakistan since the last two decades, almost doubling 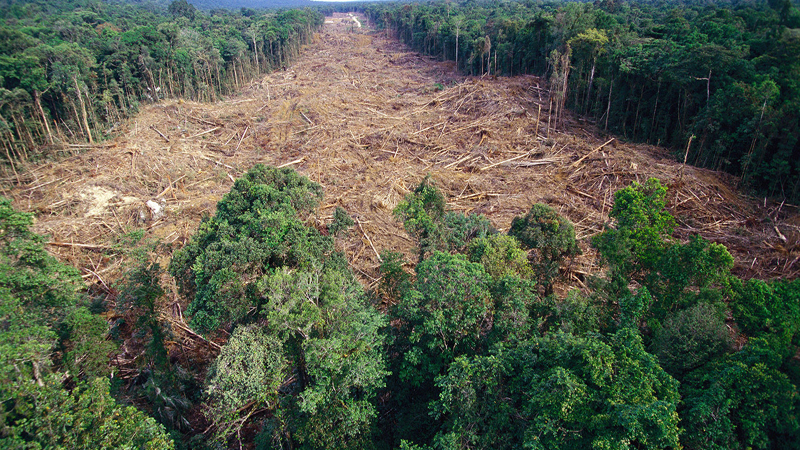 Deforestation is the act of cutting down trees on a mass level to fulfil the needs of the society. This need is mostly driven by Capitalist desires and to fulfil the industrial requirements. Forests cover 31 percent of the land area of our planet and they house over 80 percent of the world’s land based species such as rhinos, elephants, lions etc.

Deforestation has increased rapidly in Pakistan since the last two decades, almost doubling. In 1990, 4 percent of the land area of Pakistan was covered with forests, and in 2010 only 2.2 percent of the land was found to be covered with forests and its only depleting. According to the recent studies, Pakistan has the highest rate of deforestation in Asia. We, humans are the main cause of forest destruction as our actions lead to the depletion of forests.

The first main cause of deforestation is industrialisation. The industries need to fulfil the massive scale of demands of the consumers and for this, they need fuel for high level production. Industries require fuel to run their heavy machinery and for this purpose, wood is the easily available option. Wood industries such as hard wood and safety match box, Plywood etc have also played their part in deforestation.

The second cause of deforestation is urbanization. Due to the sprawling growth of population, forests lands are cleared to be included in the city and thus decreasing the forests area. Thirty-two percent of the population of Pakistan lives in urban areas and if the current growth rate of urbanisation is kept, Pakistan’s urban population will surpass its rural population by 2030, that is only 11 more years.

Other causes are clearing of land and logging.

Most of the forest land is cleared to fulfil the need of water scarcity. Forests are cut down for the construction of dams and barrages to supply water.

In addition to this, trees are being cut down to provide wood for timber. Furniture building materials, charcoal and other wood based products. There is a wide gap between the production and consumption of wood. In 2017, the projected consumption of wood was estimated to be 52.6 million cubic meters. Currently, Pakistan is only producing 14 million cubic metres of wood. We are depleting our forests at a much faster rate than we are producing them.

Roads construction also results in deforestation as many forests are cut to build roads to inaccessible areas such as Kohistan and other northern areas of Pakistan.

The first main cause of deforestation is industrialisation. The industries need to fulfil the massive scale of demands of the consumers and for this, they need fuel for high level production. Industries require fuel to run their heavy machinery and for this purpose, wood is the easily available option

Forests play a very crucial role in alleviating climate change. Forests act as carbon sinks by soaking up the carbon dioxide that would otherwise be free in the atmosphere and contribute to eliminating the ongoing unstable changes in climate patterns. By cutting down the trees, this harmful carbon dioxide is released back in the atmosphere causing environmental damages leading to global warming due to greenhouse gas effect.

Deforestation adds more carbon dioxide to the atmosphere than the sum total of cars and trucks on the world’s roads. According to the World Carfree Network, cars and trucks account for about 14 percent of global carbon emissions, while most analysts attribute upwards of 15 percent to deforestation.

Moreover, the average temperature of Earth has risen since the last century. If temperature continues to grow at this scale then the increased temperatures would lead to melting of glaciers which would lead to massive ride in the sea levels resulting in the submersion of the coastal areas. Lastly, the quality of life is also degrading as deforestation causes soil erosion and soil erosion leads to silt entering the lakes, streams and other water sources. This decreases local water quality and contribute to poor health in populations in the area.

Deforestation has already caused a tremendous amount of destruction to the environment. Everything in the environment is interconnected and interdependent. If the ecological life does not sustain, the very existence of humans would cease to exist. We depend on the environment for the air we breathe, for the food we eat and for the water we drink. No human would be able to exist without these three things. It is about time we realised the significance of the preservation of forests and the ecological life. What needs to be done now? 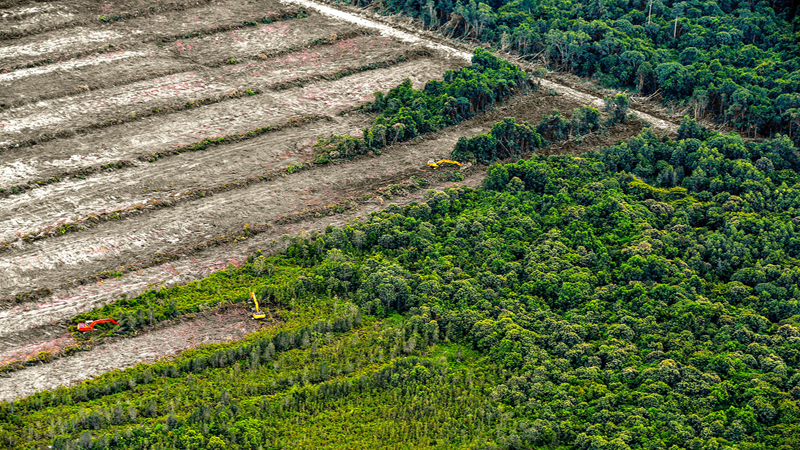 The government needs to be responsible as the corrupt government institutions have already aided in destruction of the forests. The ban imposed by government on the cutting of forests has been proven to be futile as the timber mafia continues to cut down trees openly due to political support and corruption in the governmental institutes.

Counteracting deforestation is not only government’s responsibility, but we as humans relying on nature for our basic needs have equal responsibility. We can help restore the forests by restoring the damaged ecosystem through plantation of trees on lands where forests have been cut down. We need to encourage people to live in an environmental friendly way that includes minimizing urbanization, boycotting industries that cut down the forests, industries that use palm oil and timber. We should instead support the companies that operate in ways that have the minimal damage on the environment.

A great project was initiated by the KPK government in 2014, “the Billion Tree Tsunami” which aimed to restore the degraded and deforested land and restored over 350,000 hectares of forests in an effort to combat climate change.

The writer is a student at the Institute of Business Management and can be reached at sundertalashari@yahoo.com