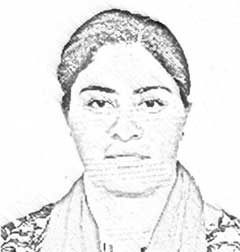 Adam smith is considered the father of economics. Back in 18th century, he presented the concept of protectionism, which was given to promote the local industry. Nevertheless, in 21stcentury, the world is facing its repercussions.

It is time that the world should be well concerned by the actions that are being opted by the two economic giants. Trade deadlock between Beijing and Washington is getting intense. U.S. protectionist and unilateral approach is the impetus behind this trade war and hence so far no promising foreseeable future can be anticipated. Moreover, China’s economic and development initiative i.e. BRI and its successful pilot project CPEC is also giving headaches to Oval. This Game of tariffs has engulfed whole of the globe into its chakra.

Trump and his policies have always been scrutinized by the analysts everywhere. Even before the elections, Trump expressed his strong urge to subdue China by means of trade restrictions. It was clearly evident even before the elections that if Mr. Trump will somehow make his path to Oval, he will surely give Chinese a sturdy time.

China is the new reality. Washington needs to realize that. There are new players onto the scene. Oval’s actions will be scrutinized now; its ways will be challenged. It will no longer go uncontested

In Nov 2016, it happened just as it was feared. The heat of July 2018 had resulted into an economic cold war. With the world being the witness, there is no doubt that when Washington says, it knows how to make it happen. Therefore, when Washington flaunted its intentions to put serious tariffs onto Chinese commodities, it actually meant it. What started from a mere USD 34 billion, has crossed over USD 200 billion till-date. So far, Washington has imposed tariffs on USD 250 billion worth of goods coming to United States. Furthermore, it has also threatened to increase the threshold to an approximate value of USD 325 billion. In return, Beijing retaliated with putting tariffs on US$ 110 billion worth of goods.

The latest development that added fuel to the fire was on May 10, when United States raise tariffs to 25% on $200 Billion products coming from China annually. This escalated tensions between the two more as it projected that U.S. is not coming slow. Not only this, China has also banned the trade of rare elements. These elements hold prime importance in making of a number of electronic products such as mobiles and laptops in the United States.

China’s ministry of commerce has shown concern over American intentions regarding the engagement of two in the trade war and had warned that the dispute may even lead to “largest trade war in economic history”. China has repeatedly shared its concerns over the trade stand-off between Beijing and Washington. Whereas, continuous cold responses from Washington are leading situation to worse ends. China, as a responsible state, talks about equality, inclusiveness, and shared future for the globe. It always encouraged openness and cooperation.

Stubbornness of Trump’s Administration is pushing the Globe towards an economic and trade crisis. High tariffs on products will ultimately raise the costs for suppliers, manufacturers, retailers and then eventually affecting the people at tail- consumers. The end consumers will have to face large price raises even for the general products. On November 30, 2018, Chief of the World Trade Organization had said that global free trade is facing its worst crisis since 1947 and warned that the current spectrum of conflict will lead to global trade crisis.

These tensions are not restricted between the two; instead, they have led the global market to fluctuations, which has put business persons and investors in a situation of uncertainty. This investment dilemma can halt the economic progress inside of both countries. International Monetary Fund has also warned that a full-blown trade war would weaken the global economy. Earlier in this month, Cristine Lagarde gave remarks on Donald Trump’s intent to tax all trade between two countries that it would “shrink the global Gross Domestic Product (GDP) by one-half of one percent”.

China is the new reality. Washington needs to realize that. There are new players onto the scene. Oval’s actions will be scrutinized now; its ways will be challenged. It will no longer go uncontested.

The world knows that global economic ship today is sailing towards east and Chinese dockyard is where it will anchor. Mutual understanding is beneficiary for both the countries as well as for the world economy. Beijing is determined to meet Washington’s intentions with full capacity. United States is inducing self-inflicting pain to itself and to the world too. Companies inside US have already started showing their grievances regarding the trade stalemate between Beijing and Washington. Over 600 companies including Walmart urged Trump to resolve the dispute with China as it directly affects the business community and customers inside US. Washington needs to comprehend that it will become victim of its own protectionist gambit if it continues to be on the route on which it has maneuvered itself. 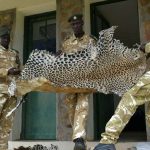 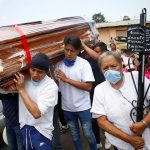 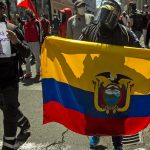 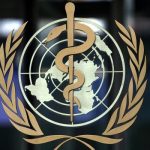