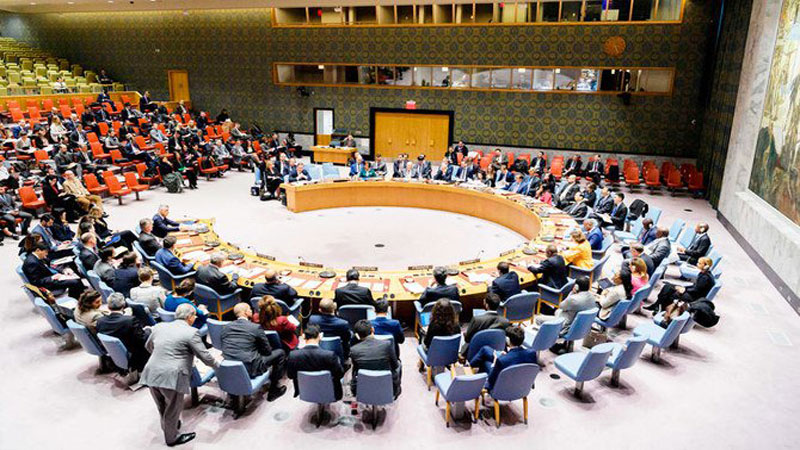 The UN Security Council on Tuesday unanimously approved its first-ever resolution focused on the countless thousands of people missing in conflicts, including over 45,000 registered in 2018 alone by the International Committee of the Red Cross.

The Kuwait-drafted resolution urges all parties to conflicts to search for the missing, return remains and account for all the missing. It also calls on those involved to prevent people from being reported missing, including by facilitating family news and reunions, by registering details of detainees and prisoners of war and allowing them to correspond with their families.

The International Committee of the Red Cross was mandated by the 1949 Geneva Conventions to address and oversee the issue of missing persons in conflicts.

ICRC President Peter Maurer said after Tuesday’s vote that the organization has seen “an alarming increase in cases in recent years,” and the 2018 figure “is the tip of the iceberg and does not convey the true extent of the problem nor do justice to the suffering of each and every family.”

The Security Council resolution also expresses concern “about the dramatic increase in persons reported missing as a result of armed conflict,” and the consequences and impact on families.

Reena Ghelani, director of operations in the UN humanitarian office, told the council that people reported missing might be captured and held incommunicado by warring parties. They might also be victims of extrajudicial killings, civilians or combatants killed in fighting, or civilians including children, the elderly or disabled who fled violence or were left behind, she said.

“When the missing person is also the breadwinner, the impact on families can be economically devastating,” Ghelani said. “In some situations, relatives of missing persons find it hard to remarry, claim their inheritance, receive benefits and rebuild their lives in the face of legal and administrative obstacles.”
Kuwaiti Foreign Minister Sheikh Sabah Khaled Al-Hamad Al-Sabah, who presided over the meeting as this month’s Security Council president, said that “missing persons are the main victims or any war or conflict.”

And he said the resolution “tackles an issue that is close to the heart of the people of Kuwait.” His government is still trying to learn the fate of 369 Kuwaitis missing since the 1991 Gulf War that liberated the country after Iraq’s dictator Saddam Hussein invaded in August 1990.

Maurer told the Security Council by video from Geneva that what is “crystal clear” today is the need for “stronger political will and cooperation” by parties to conflicts.
Crucially, he said, “missing persons and their families are not bargaining chips” and cases must be handled without discrimination.

“Every minute the ICRC, together with National Red Cross and Red Crescent societies, helps a family separated by conflict restore contact,” Maurer said. “Yet so much more can be done if parties to the conflict fulfil their obligations to search for missing persons and if they manage the dead systematically and with respect.”
Then, he said, “missing persons can be found, remains can be identified and answers can be given.”

The resolution urges parties to armed conflicts to establish a national information bureau or other mechanism at the start of hostilities to exchange information about detainees and civilians on opposing sides, with ICRC support “as a neutral intermediary where appropriate.”

It also underscores that accounting for missing persons can be part of peace negotiations and agreements.