China exports grow despite US tariffs, but imports slump most in nearly 3 years

Chinese exporters may have rushed out shipments to the US to avoid new tariffs on $300 billion of goods
China’s trade surplus with the US, a major irritant for Washington, widened to a four-month high of $26.89 billion in May 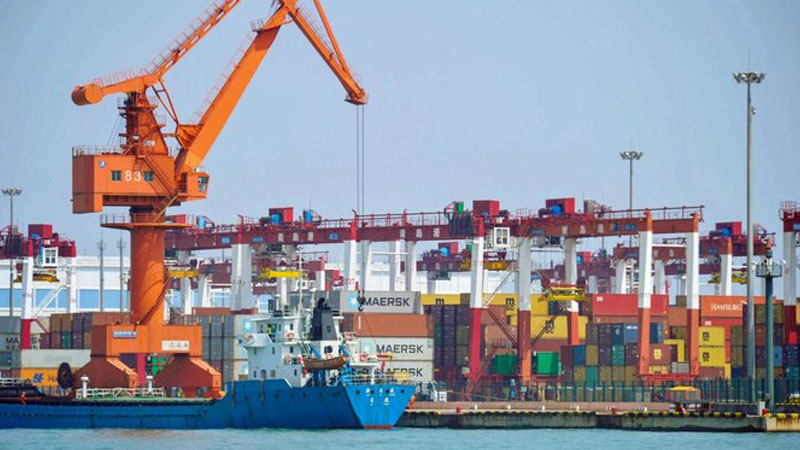 China’s exports unexpectedly returned to growth in May despite higher US tariffs, but imports fell the most in nearly three years in a further sign of weak domestic demand that could prompt Beijing to step up stimulus measures.

Some analysts suspected Chinese exporters may have rushed out shipments to the United States to avoid new tariffs on $300 billion of goods that President Donald Trump is threatening to impose in a rapidly escalating trade dispute.

But Monday’s better-than-expected export data is unlikely to ease fears that a longer and costlier US-China trade war may no longer be avoidable, pushing the global economy toward recession.

China’s May exports rose 1.1 percent from a year earlier, compared with market expectations for a modest decline, customs data showed.

“We expect export growth to remain positive in June, likely supported by continued front-loading of US-bound exports, but it should then tumble in the third quarter, when we expect the threatened tariffs to be imposed,” economists at Nomura said in a note to clients.

“Therefore, we believe Beijing will likely step up its stimulus measures to stabilize financial markets and growth.”

Analysts polled by Reuters had expected May shipments from the world’s largest exporter to have fallen 3.8 percent from a year earlier, after a contraction of 2.7 percent in April.

While China is not as dependent on exports as in the past, they still account for nearly a fifth of its gross domestic product.

Trade tensions between Washington and Beijing escalated sharply last month after the Trump administration accused China of having “reneged” on promises to make structural changes to its economic practices.

Trump on May 10 slapped higher tariffs of up to 25 percent on $200 billion of Chinese goods and then took steps to levy duties on all remaining $300 billion Chinese imports. Beijing retaliated with tariff hikes on US goods.

Trump has said he expects to hold a meeting with Chinese President Xi Jinping at a G20 leaders’ summit late this month, but analysts believe the chances of a lasting trade deal are receding as both sides appear to be digging in for a long battle.

China’s trade surplus with the United States, a major irritant for Washington, widened to a four-month high of $26.89 billion in May, from $21.01 billion in April, Monday’s data showed.

Exports to the US fell at a more moderate pace of 4.2 percent after dropping 13.2 percent in April, while China’s imports of US goods declined 26.8 percent from a year earlier.

China’s May imports were much weaker than expected, falling 8.5 percent, the sharpest drop since July 2016. That left the country with a trade surplus of $41.65 billion for the month.