Back-to-back IED blasts in the Datta Khel area of North Waziristan during Eid holidays have claimed six lives. On Friday, three army officers and a soldier were martyred. On Saturday, two more heroes fell in the line of duty at the same place where the blast had occurred on Friday. In both cases, the terrorists used remote-controlled bombs, indicating a large presence in the area. The area has seen lot of bloodshed from the armed forces over the last few weeks. As many as 10 security personnel have been martyred and 35 others injured in Datta Khel.

There has also been a spate of bomb blasts and targeted killings in Balochistan. Five Shia Hazaras were killed and 13 injured in an IED blast in Ziarat on Friday. In Harnai, two Frontier Corps personnel were martyred while on Eid patrol. The Ormara incident in April is fresh in our memory where security personnel were dragged out of buses and executed. A hotel was attacked in May.

These incidents show that militants are once again challenging the writ of the state after only a brief lull. This is not to deny that there has been a marked decrease in the acts of terrorism over the last couple of years. The army launched, what we were told was meant to be a decisive operation against the militants after the Army Public School-Peshawar killings in 2015. A National Action Plan was also agreed and launched. It aimed at eradicating not only militancy but also radicalisation. Now, whenever there is a terrorist attack, the effectiveness of the NAP comes under discussion. The fact is that the armed forces have fought the war against an invisible enemy, without the needed civilian backing. They have written golden chapters of bravery and shown great professionalism. They are our heroes.

The terrorists have been bottled up in North Waziristan and parts of Balochistan. The two areas represent a challenge to the armed forces on account of their hostile, inhospitable and rugged terrain. Hopefully, we will see the situation improve in the coming days. Datta Khel should have been under the vigilant watch of the armed forces given its history as a militant hot spot since the creation of the Tehreek-i-Taliban Pakistan in 2007.

In Balochistan Shia Hazaras are the obvious target for certain sectarian outfits. Security personnel are the ultimate target of TTP-inspired militants and some ethnic groups.

Both North Waziristan and Balochistan need attention of the armed forces as well civilian actors. The fight has to go on until the last of terrorists has been put down. * 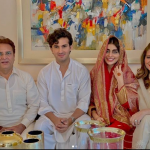