Donald Trump’s four-day visit to Japan seems focused only on pledges and a consensus on various issues between the two countries. Differences of opinion emerged on the issue of North Korea. The leaders of both countries also discussed other international and regional issues.

The tour started on May 25 and ended on May 28. A significant aspect of the US president’s visit was that he became the first foreign dignitary to meet the new Japanese emperor after his enthronement on May 1. It also showed the importance Japan attaches to its relations with the US.

The US president’s visit to Japan was generally considered a ceremonial, rather than a substantially productive one. A prominent Japanese newspaper wrote, “It is obvious that there are limits to the diplomatic effectiveness of Abe’s efforts to butter up Trump and build close personal ties with him.” Trump attended a sumo tournament, had double cheeseburgers, made with American beef, had dinner at a traditional charcoal grill restaurant and played golf.

With Trump’s entry into the White House, the pace of contacts at summit level has increased between the two countries. According to one report, there have been 11 summit meetings and 27 telephonic calls so far, including the summit held on May 27.

Japan and the US have points of convergence as well divergence in their foreign policies. The points of divergence include shifting of the capital of Israel to Jerusalem, trade imbalance, US efforts for putting pressure on Iran and relations with North Korea. Strengthening the US-Japan alliance, supporting regionalism in the Indo-Pacific regions, world economic order, exploration in space, some aspects of North Korea policy and China are where there is substantial convergence of policies between the two countries.

A difference of opinion was observed between the two leaders on the issue of the recent test of missiles by North Korea. Trump stated: “My people think it could have been a violation. I view it differently. I view it as a man; perhaps he wants to get attention and perhaps not. Who knows? It doesn’t matter.” Japanese Prime Minister Shinzo Abe said: “It is extremely regrettable because it is a violation of the relevant UN Security Council resolutions.” The US has assured Japan of its support on the issue of Japanese abducted by North Korea.

Trump met the families of the abductees. Abe has decided that he will meet with North Korean leader Kim Jong Un. It is a positive and a timely decision by the Japanese premier. The countries located around the Korean Peninsula must initiate dialogue for removing misunderstandings and resolving the issues. A summit meeting between Japan and North Korea will narrow down the distance between the two countries. It will also help both the countries develop mutual understanding and create consensus for resolving their outstanding issues.

Japan may reduce its reliance on US defence in the greater interest of peace in the Korean Peninsula. North Korea sees presence of the US forces on Japan’s soil as a threat. If it persists, mistrust might increase between the two countries. North Korea will also have to make efforts to win Japan’s confidence.

The summit also focused on regional networks including Japan-US-India-Australia, Japan-US-India and Japan-US-Australia. From a South Asian point of view, Indian presence in the US-led regional networks puts other regional countries, particularly Pakistan, in a precarious position. Due to the China-Pakistan Economic Corridor, Pakistan is already facing a tough Indo-US stance. India’s wish to emerge as an Asian power may obscure the power of other countries of South Asia at a regional, continental and global level.

According to a media report, Japan has expressed its willingness to play the role of an arbitrator between the US and Iran on their recent tensions. Japan has interests in the Middle East, and it may not go with the US at the cost of its interests. It has terrible memories of 1970s oil shock, and will likely try to avoid its recurrence.

Trump has introduced the ‘America First’ slogan. The US needs Asia’s natural resources. But Asian countries might wish to put Asia’s interests first. It might help them to have full control of their natural resources. 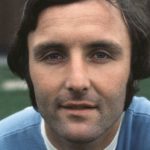