A memoir of Washington, DC 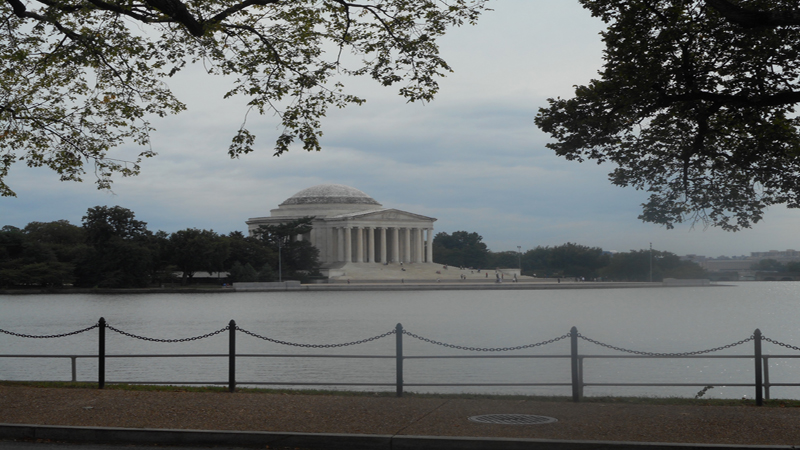 I had been coming to Washington, DC on business for decades and each time the city looked the same. But this time it looked different. Many of the buildings and monuments looked like they had been plucked out of ancient Rome or Homer’s Greek. The resemblance was so striking that but for the cars on the road, I could have been forgiven for thinking that I had gone through a time machine and arrived in Rome during the time of the Caesars or of Alexander the Great. Was my imagination playing tricks on me?

The mystery was resolved abruptly by a loud chopping sound in the air. It came from behind the Treasury Building where I was standing. Three large military helicopters swung into view and were heading to the White House. This was not ancient Rome or Athens. It was the capital of the United States. I had seen those helicopters in a movie, “London has fallen,” in which the president of the US is featured. The excitement begins when his chopper, Marine One, is hit by a missile. Perhaps Marine One was one of these helicopters that had just flown past me, bearing President Obama, along with two escort helicopters.

So I returned a few years later with my wife. We were going to see the town. We began by admiring the White House from across the fence. It was heavily guarded by Security Service personnel. We asked one of them if we could pose with him but he demurred.

Undeterred, we took a taxi over to the Lincoln Memorial. A smartly-dressed military band was playing. We listened to the music, took in the atmosphere, and went inside. A giant statue of Lincoln was seated in a stately pose on a chair. We read the iconic Gettysburg Address that was posted nearby. Later I learned that the multi-columned structure was designed after the Parthenon in Athens.

After that we checked out the Jefferson Memorial with its majestic dome.

And then the Vietnam Memorial. Then we headed over to the Washington monument and learned it is the tallest obelisk on the planet.

The fall weather was nice. So we decided to walk from the monument to Capitol Hill where the Congress sits. We stopped at a number of places along the way. By the time we arrived, it had gotten dark. The Capitol building, all lit up, looked grand. A child of high school age was playing with a ball given the scene a Norman Rockwell look and feel.

As we walked back to our hotel, we went past what appeared to be a CNN trailer. Someone was being interviewed

inside, presumably on an issue of grave import.

The next day we were off to see the Wax Museum. The collections were amazing. What was most memorable was a room in which Generals Grant and Lee of Civil War fame were seated around a table, perhaps in courthouse in Appomattox, after Lee had surrendered.

One evening we took an open-bus tour of Washington. As we went past the Trump International Hotel, the tour guide began to speculate on what might happen if one of the two presidential candidates pulls off a surprise win in November. He said he would be the first president to go past a building named after him during the inaugural walk on Pennsylvania Avenue. That did not go over well with some ladies from West Virginia who were in the bus with us. One of them said: “I thought we had agreed that politics would not be discussed during the tour.” The tour guide apologized. As it happened, that man won the election and walked past it in January. The cruise over the Potomac River was serene. We went past the Watergate Towers where the infamous incident took place which terminated Nixon’s presidency. 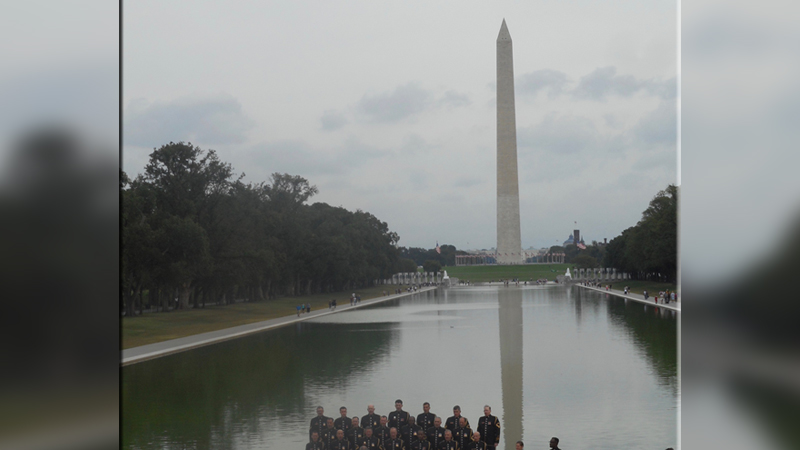 The cruise also went past the Pentagon. It looked very different from how it looked from land. In the year 2001, on the 10th of September, I had spoken at a conference near the Pentagon. Later, on the way to the airport, I noticed that traffic was all backed up because one lane was barricaded. I asked the driver about the barricade. He said it’s to prevent someone from attacking the Pentagon. I said who in their right mind would do such a thing. I woke up the next morning in San Francisco and discovered that two planes had flown into the World Trade Centre in New York City and later that a plane had crashed into the Pentagon. That day would go down in history as 9/11.

We also did a side trip to Mt Vernon, the house where George Washington lived for decades and where he and his wife lie buried. After seeing the inside of his house, and learning of his death from a mysterious illness, I began to wonder whether something sinister was behind the illness.I thought of asking the docent but bit my tongue. At the end of the tour, we were shown his crypt. A teenager asked the docent: “What does it feel to be locked up in a crypt?” Pat came the spontaneous answer: “Terrible.”

We did not have time to check out the museums that lie along the Constitution Mall. We had toured some years ago. The most amazing, at least for me, was the Air and Space Museum.

Neither did we have time to visit the Arlington Cemetery. Years ago, I had visited the memorial to President John F Kennedy with is lit up with an eternal flame. The changing of guards was taking place. Very impressed with the Marine detachment, my younger daughter asked my wife with all the innocence of a six-year old: “Why are they all bald?”

Besides being the seat of the federal government, Washington is famous for its universities and think tanks. I had visited the Brookings Institution twice, once to speak to veteran South Asian scholar Steve Cohen and another time to speak with General Jehangir Karamat who had retired the past year as army chief.

I had also spoken at the Centre for Strategic & International Studies and spotted Henry Kissinger’s office. He was not in or I would have popped in to shake his hand. Another time, I had spoken on Pakistan’s future at a seminar organized by the Army War College.

Washington is a place where history was made and continues to be made. You can never have enough of it.