Over the past few years, the US administration, establishment and the media have collectively fussed about the national security threats from Iran. Every time the commotion has fizzled out. Although the USS Abraham Lincoln aircraft carrier strike group has arrived in the Persian Gulf, the hype is likely to wane soon. The US will soon go back to once again focusing its attention on South China Sea where its important interests lie. They do not lie in Iran or the Arabian Sea.

The indications are clear. Last week, Senator Marco Rubio and Senator Ben Cardin reintroduced a bipartisan legislation – South China Sea and East China Sea Sanctions Act – that proposes to impose sanctions on Chinese individuals and entities engaged in maritime and construction activities in the regions. China claims 90 per cent of the sea and airspace in South China Sea. Taiwan, the Philippines and Vietnam are the other major claimants in the region. Japan and South Korea contest China’s control over the East China Sea. 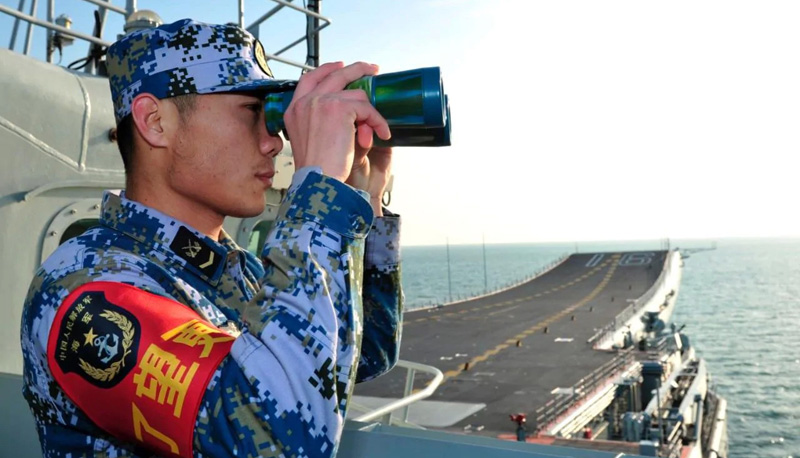 For the United States, South China Sea is the region of vital interest because of its political, trade and strategic importance. It insists that the Sea is an international waterway and that all countries have the freedom to navigate through. It has been mindful of Beijing’s island-building and militarization of the region.

Anomalous events are meanwhile taking place in the South China Sea. After sending two warships close to Spratly Islands and concluding military drills with India, Japan, and the Philippines, the US has recently sailed a destroyer near the Scarborough Shoal. The Chinese Foreign Ministry has called this a “provocative action” and a violation of its “national sovereignty”. Experts say that the Scarborough Shoal is potentially a powder keg in the strategic waterway through which China could create a large “strategic triangle” comprising Woody Island in the Paracel Islands to the northwest and its Spratly islet outposts to the south. It was captured by China after a long standoff with the Philippines in 2012.

Washington, is clearly trying to increase pressure on Beijing by frequently conducting freedom of navigation operations. It has also carefully circumvented a direct confrontation with China and is instead pushing its allies in the region – Australia and Indonesia – to step up naval patrols in the area to counter Beijing’s growing strength.

For the United States, South China Sea is the region of vital interest because of its political, trade and strategic importance

Canberra does not have any claims in the South China Sea. Rather, it has high economic stakes in Beijing. It is therefore unlikely to antagonise China at a time when it is seeking to ramp up its LNG exports to China amidst escalating Sino-US trade tensions. Australian naval forces have been sailing through the South China Sea, but they are looking more to gladden Washington than to challenge China’s dominance in the area.

China and Indonesia have disputes on the Natuna Sea. However, they have managed to play down the territorial differences and cooperate in economic terms. Additionally, Jakarta is looking to close the trade gap with China. In an era of economic uncertainty it is highly improbable that it would risk worsening ties with Beijing.

India could be an American ally to contain Chinese influence in the South China Sea. Earlier this month, US chief of naval operations, Admiral John Richardson, visited New Delhi, ostensibly to forge an alliance to prevent China’s pre-eminence in the region. As always, Indian experts backed Richardson’s views about China’s naval push as a concern for both India and the United States. India does not have any claims in the South China Sea. However, it has been reluctant to accept the Pakistani arm of the Belt and Road Initiative, and has had a long rivalry with Beijing. The problem is New Delhi wants to mend its relations with Beijing, but at the same time, it is tempted by the idea to teach China a lesson. That is why every time there is an American official in New Delhi, every Tom, Dick, and Harry talks about outsmarting China by partnering with the United States.

The United States is also relying on the Philippines and Vietnam to challenge China in the SCS. Both are major claimants in the South China Sea and have been critical of Beijing’s activities in the area. Last week, commander of US Pacific Air Forces, General Charles Brown, visited Manila to meet the top military officials including the chief of general staff, Gen Benjamin Madrigal, and discussed the prospects of increased multilateral training cooperation between the two sides. General Brown spearheads US jet patrols in the South China Sea. The coastguard ships of the Philippines and the US, too, have also conducted joint naval drills in the region.

A war with Iran may be a dream for the likes of John Bolton to pursue. The energy-rich South China Sea is inevitably the real global flashpoint.