PARIS: Cristiano Ronaldo ended a brilliant year – winning the Champions League, guiding his national team to victory in the Euros – with his fourth Ballon d’Or win in Paris on Monday night.

The Real Madrid forward topped the 173 journalists’ poll and despite his absence due to preparation for the FIFA Club World Cup in Japan, he took majority of the votes. To achieve this milestone, he beat the likes of ‘rival’ Lionel Messi and Atletico Madrid’s Antoine Griezmann, who finished second and third respectively.

Ronaldo was the favourite to win the award after unbelievable 12 months, winning the EURO 2016, the Champions League and the UEFA Super Cup. The former Manchester United man moved clear of three-time winners and legends Marco van Basten, Michel Platini and the late Johan Cruyff. 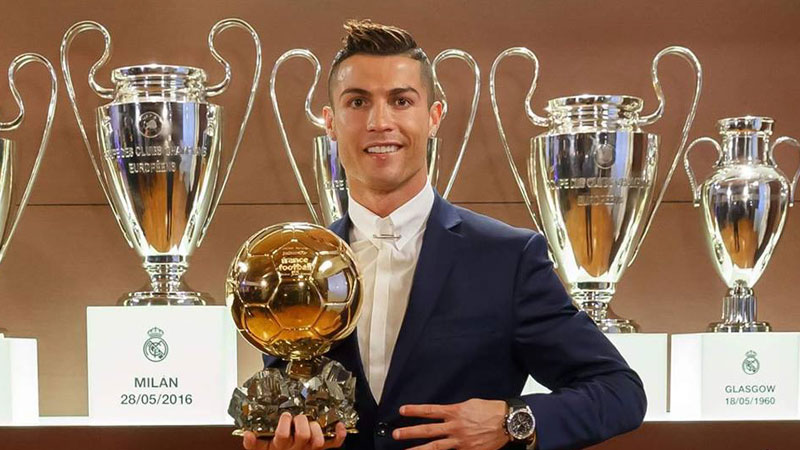 Though he was not there to collect the award in person due to commitments with Real Madrid, the 31-year-old described his latest triumph as ‘a dream come true.’ “I never imagined winning this trophy four times,” the Real Madrid star said, “I feel really happy. When it’s the first time, the emotion is always special. But this feels like 2008.”

“I would like to thank all of the people and players who helped me to win this individual award. As you can imagine I feel proud and happy to receive this beautiful ball, I am so happy,” Cristiano said.

Ronaldo has scored 51 goals in 55 games for club and country during 2016 but it was his success in two major tournaments that ultimately saw him reclaim the prize, playing a crucial role in Real’s victory against rivals Atletico Madrid in May to become European champions for a record-extending 11th time and then helping Portugal at Euro 2016 in France to claim a major international trophy for the first time.

Ronaldo certainly had an amazing year. Here are some of the highlights of his Ballon d’Or worthy campaign: 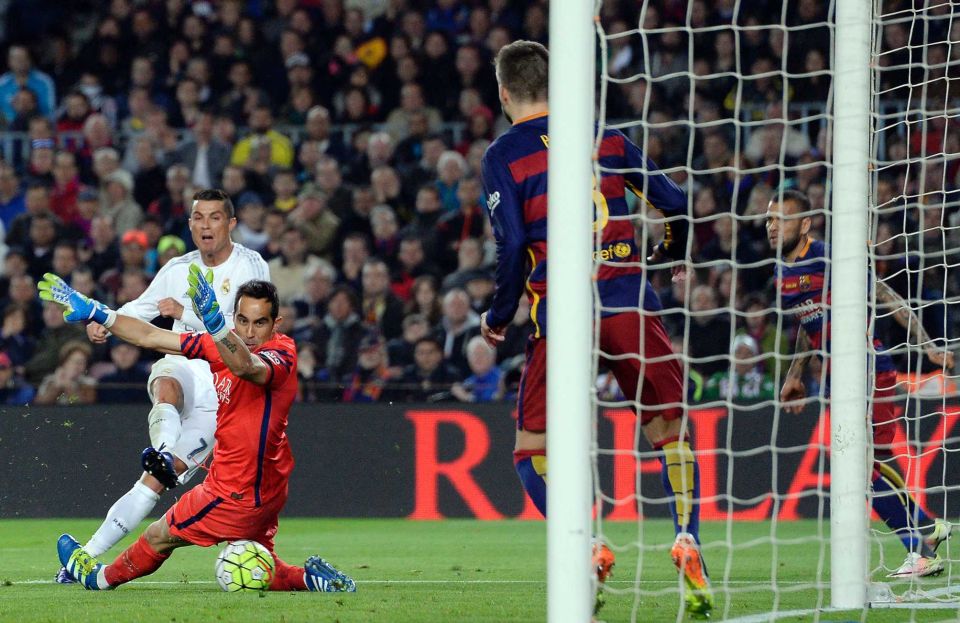 He contributed immensely to Real Madrid’s success in 2016, playing 42 games and scoring 38 goals while providing 14 assists. He scored five hat-tricks – against Espanyol, Celta Vigo, Wolfsburg, Alaves and Atletico – throughout the year. He also scored three of Portugal’s nine goals at the Euros.

Nacho Fernandez: Real Madrid centre-back conveyed his wishes by posting a tweet saying, “Congratulations Cristiano! You get to keep making history.” with a photo of the two celebrating Ronaldo’s goal against arch-rivals, Atletico Madrid. 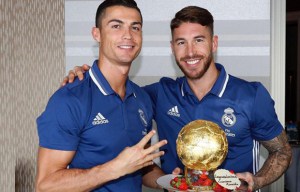 Sergio Ramos: Real Madrid captain congratulated him by posting a picture of the two holding a Ballon d’Or shaped cake saying, “Congrats friend! 2016 was your year.”

Casemiro: Teammate wished the Portuguese with a tweet that read, “More than deserved, friend. Congratulations, Cristiano. The best in the world. Siiiuuuuuuu…!”

Ronaldinho: The legend did not hold back from praising Ronaldo. He tweeted, “Congratulations my friend Cristiano, more than deserved. Great achievements with Club and selection in recent years are the way to your success!”

André Silva: Ronaldo’s EURO 2016 winning teammate jumped in to wish him. He tweeted, “Congratulations Cristiano! Proud to have you as a captain, the best in the world”

Sporting Lisbon: The club where Ronaldo began his career said, “Congratulations Cristiano! This is the result of much effort, dedication, devotion and a well-deserved glory!”

Real Madrid: His current club also congratulated him and said, “Congratulations to Cristiano on winning his fourth Ballon d’Or!”

Germany National Team: “Congratulations to @Cristiano for winning the #ballondor2016!”

Quotes about the current best player in the world

Sir Alex Ferguson: Ex-Manchester united manager, who never stopped showing love for the former United player, said, “Ronaldo could play for Stockport county and score a hat-trick. He has everything, but he used to exhaust himself, still does. He just wanted to be the best in the world.” 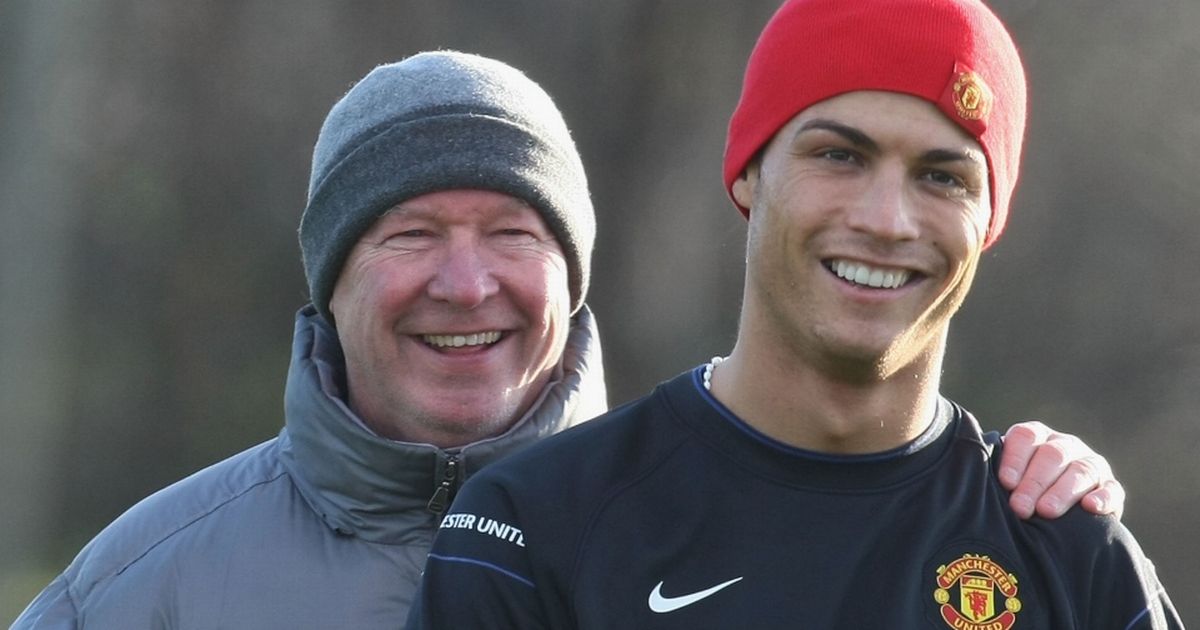 Jose: The current Manchester United manager once said, “He is the best. The best in the world, probably the best ever. I saw Maradona a couple of times, never saw pele, but Cristiano is Amazing.”

Pele: The Brazilian legend said, “I admire him. If I had to set up a national team, he would be my first pick.”

George Best: Manchester United legend said, “There have been a few players described as the new George best over the years, but this (Cristiano Ronaldo) is the first time it has been a compliment to me.”

Henrik Larsson: Praising Ronaldo during his youth, Larsson said, “This kid will one day be at the very top of football.”

Figo: Ronaldo’s teammate and Ex-Portuguese captain said, “Ronaldo can do whatever he wants as a footballer. There are some things he does with the ball that make me touch my head and wonder how he did it.”

Carlo Ancelotti: Ronaldo’s manager at Real said, “He lived for the game, everything else was built to fit around it.”

Fernando Torres: “For me, Cristiano is the best player in the world. A machine, incomparable,” Athletico Madrid player said.