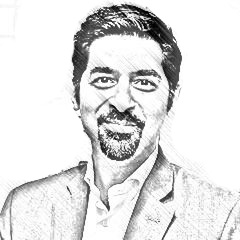 From the Treaty of Hudaibiya to the recent Mecca Summit, it is the message that has triumphed for centuries. Call it the sanctity of the holy land or the primacy of vision, the peace has the power to prevail and so does the farsightedness of wise leadership.

Our region has witnessed many political turmoils for generations. It has also seen numerous peace treaties brokered and settlements arrived at. Some have lasted for ages others were lost on the way. Yet, the important part is that the holy land symbolizes peace and prosperity for all.

This year too, while the Hudood-e-Haram (vicinity of Mecca) is buzzing due to Muslims in their hundreds of thousands from around the world are pouring in to perform Umrah in the closing days of Ramadan, another flurry of activities, not far from here, is fostering a climate of reconciliation.

The holy month of Ramadan has always been significant for religious reasons. This time, a political dimension is being added to it as leaders from the Arab and Muslim worlds participated in three important summits – commonly being referred to as the Mecca Summit.

Leaders and head of states from as many as 57 countries in the Islamic world gathered on one of the most auspicious nights [30-31 May] of the holy month to participate. Local television channels beamed live as leaders were greeted by senior officials and welcomed by none other than King of Saudi Arabia, Salman bin Abdulaziz Al Saud, and the Custodian of the Two Holy Mosques, himself.

Some leaders – including Pakistani Prime Minister Imran Khan and Jordan’s King Abdullah II – were seen in Ehraam [the Muslim men wear while performing Umrah or Hajj]. This only highlighted the significance of spirituality and the historic significance of Mecca.

From the latest developments in Palestine to the plight of the Rohingya refugee crisis in Myanmar, the growing phenomenon of Islamophobia across the globe, the leaders discussed every issue that has a bearing on the region and beyond

From the latest developments in Palestine to the plight of the Rohingya refugee crisis in Myanmar, the growing phenomenon of Islamophobia across the globe, the leaders discussed every issue that has a bearing on the region and beyond.

Not very far away from the agenda was the scourge of terrorism, extremism, and violence, besides other economic, cultural, and social challenges. Social and mainstream media are flooded with opportunities that exist for the region.

But the question remains whether such gatherings bring about real solutions? My initial reaction is “not really” unless our leaders find a way to resolve issues the way our Prophet Mohammed (PBUH) did while signing the Hudaibiya Treaty.

The region has historically suffered from the turmoil at different stages of its history. The present era is no more different. Moreover, our generation has seen added complications such as economic challenges and extremism.

Despite the best of efforts, the region finds itself in violent conflicts that don’t serve anybody’s purpose except for warmongers and profiteers. As a consequence of this, humanity suffers.

The Mecca Summit in this holy month is another attempt at charting a prosperous future for people in this part of the world. It should strengthen our energies for a better tomorrow.

Amid deepening political crises and general economic challenges facing the region, it is imperative that Muslim countries strive to find solutions through dialogue.

The solution to all these challenges lies in invoking humanity. It simply means that the people of their respective countries should be at the top of the list of priorities. Only with this approach, we can achieve our potential and resolve outstanding issues.

War is good business for propagandists and those who benefit by inciting conflict among nations. Muslims should remain united and the days and months following the Mecca Summit show this message to the world.

The visuals of the Mecca Summit reminded me of the incident when Prophet Mohammed (PBUH) returned from Hudaibiya and then received the divine revelation that Almighty Allah had put a seal of honor on this treaty and called it Fatah al-Mubeen (Manifest Victory) in the Qur’an. (48:01.)

May our Ummah (Muslim nation) celebrate victory over conflict, extremism, violence, hunger and many economic challenges. That would be the ultimate triumph of vision and political insight.

“Indeed, we have granted thee a clear victory, That Allah may cover up for thee thy shortcomings, past, and future, and that He may complete His favor upon thee, and may guide thee on a right path; And Allah may help thee with a mighty help.” (Al Quran 48:2-4)