The government has the same attitude that Musharraf had against the judiciary: Bilawal 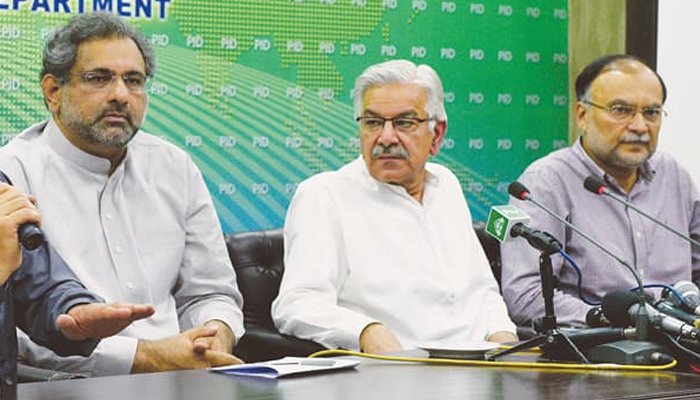 The opposition has voiced strong concerns over government’s apparently secret action against the judges. The Pakistan Muslim League-Nawaz (PML-N) on Friday decided to protest in Parliament against the government’s decision to file reference against judges in the Supreme Judicial Council (SJC).

The PML-N’s parliamentary group which was presided over by PML-N Vice President Shahid Khaqan Abbasi and Raja Zafarul Haq met at the chamber of the opposition leader at Parliament House. Ayaz Sadiq, Rana Tanveer, Marriyum Aurangzeb, Mushahidullah Khan, Rana Sanullah and other PML-N leaders were also in attendance at the meeting. The meeting decided upon the opposition’s strategy against the government’s decision to file references with the SJC against two high court judges and a Supreme Court judge.

“No one is allowed to attack the judiciary,” Former National Assembly Speaker Ayaz Sadiq said. “We have decided to take a formal point of view against the references filed by the government. We have every right to protest in front of us.”
.

Pakistan Muslim League-Nawaz Vice President Shahid Khaqan Abbasi also condemned the government’s action against the judges and urged the government to take back its references.

“Today the Bar Councils and representative bodies are against the action taken by the government,” Abbasi said. “The Senate has passed the resolution condemning the attack and we have filed it in the National Assembly as well.”
“We strongly condemn the references and urge the government to take them back,” he added.
Abbasi further said, “These references were made in the dead of the night and no one knew anything about it. This action was taken to dismantle the judiciary and drag their name through the mud. We stand with the legal fraternity,” he added.