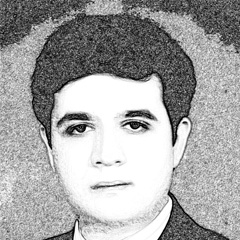 Since the beginning of time, man has pursued innovation and progress. Man has always strived for commercial activity as a means of progress and development. Commerce has shaped the past and the present and will shape the future. Most often, commerce has been shaped by the advent of disruptive (read: unexpected and emerging) technologies. In ancient times it was the Roman road; today it is the internet. Blockchain is one such disruptive technology.

The media has both praised and lamented this technology. Some have portrayed it as the future of commerce while others have labeled it as the harbinger of doom for the global financial system. Only time will tell if it benefits the world at large or brings it to its knees. But before jumping to conclusions, perhaps it is useful to know what “blockchain” stands for, a topic hardly discussed in Pakistan.

Blockchain was first created in 2008 by a person or group of persons going by a seemingly fictitious name. The inventor of this technology wanted to create a secure system for making payments that was free from outside interference. Thisled to the birth of the concept of “bitcoin”(a distributed ledger in the form of blocks linked together with encrypted chains and nodes spread across a peer to peer network.

To understand blockchain, imagine a network that is transparent and accessible yet so secure that it is nearly impossible to break into. Additionally, it is transparent, viewable, accessible and a living breathing network of information that is constantly updated and acknowledges every transaction with time stamped transactions and retains a reliable, public permanent record of those transactions. The applications of blockchain are endless and any industry can derive benefit from it.

What are some of the benefits of blockchain, more particularly for Pakistan? One area where this technology can have significant benefits for Pakistan is in the land record registries.

Blockchain can make the record of mutations easily accessible and viewable by all at any given time. The login credentials, time stamps and inherently secure cryptography of the system will reduce the response time against corrupt practices and also present real time smart checks at multiple levels in a transaction before the mutation can be validated

To begin with, the constant issue faced by foreign and local investors is a lack of professionally licensed real estate agents in the country. The lack of uneducated scribes and ancient nature of patwar system has led to many loop holes and opportunities for corrupt practices. Property pricing bubbles and lack of access to land record is a major flaw in our real estate sector. These loopholes remain even after establishment of Punjab Land Record Authority (“Authority”) through the Punjab Land Record Authority Act, 2017.

This Authority has worked hard to digitize the existing land record in order to make the system more accessible and transparent. However, the Authority still lacks dynamic connectivity with NADRA and other record repositories. Contradictions in these records lead to prolonged appellate work with officials of these authorities neutralizing their express service model. In order to resolve these issues, a blockchain based system implementing smart contracts should be put in place. The disconnect between Land Revenue Record and the Authority can be plugged. This can also bring formality and structure to the real estate sector by enforcing licensing and only allowing access to registered actors into the system as real estate dealers and notaries. Overseas buyers and sellers will be able to conduct business more freely. This feature of blockchain integration will also reduce the pressure of personal attendance on local registering offices.

The ability of blockchain to manage records and their transactions can greatly reduce the corruption and time delay tactics used by corrupt officials present at various ends of the transaction. Blockchain can make the record of mutations easily accessible and viewable by all at any given time. The login credentials, time stamps and inherently secure cryptography of the system will reduce the response time against corrupt practices and also present real time smart checks at multiple levels in a transaction before the mutation can be validated.

Additionally, blockchain can have the following benefits for Pakistan’s real-estate sector.

First, it will eliminate dangers of speculation and the role of middlemen such as real estate dealers. In other words, it will protect against dangers of fraudulent transactions, the formation of real estate bubbles and benami transactions and holdings. It will also allow the development of a proper corporate and tax culture in this highly profitable sector of the Pakistani economy (according to the FBR, Pakistan’s real estate and construction sector are worth $700 Billion).

Second, such an integrated system will implement smart contracts on a blockchain network. This will in turn guarantee that market value of land will be established as perfectly as possible. This will allow levying of proper taxes, registration and licensing of a professional and well-regulated real estate trading sector..

Third, the ever present threat of kabza mafia and their bullying tactics will be protected against as any transactions in regard to real estate with below market value buy-outs will be flagged by the system as a suspicious transaction. This will deprive criminal groups of this tactic as a near perfect record keeping coupled with invalidity of unregistered transactions will help curb such elements. There can be a quick and efficient disposal of cases of fraud and as a result kabza groups will suffer a decisive blow. Moreover, attempts at illegal transactions will become efficiently traceable.

Currently, the process of obtaining records for investigative purposes is cumbersome and requires the applicant’s physical presence at the Authority. The annotation is sometimes mismatched and incorrect when compared with NADRA records. This leads to delays for individuals engaged in land transactions as most of the systems of Land Revenue and land record are not interconnected even today. A proper blockchain system can lead to better conditions for the public and allow investigative authorities to deal with fraudsters more promptly. A properly designed blockchain system may never require the personal presence of the complainant. Rather the generation of a ticket of complaint referring the authorities to anomalies in land records and to the apprehension of the reasons behind the occurrence of these anomalies will suffice.

A major cause of opposition to any such automated system will be the real estate dealers, who will fear threatened to be completely be cut off from the industry. However that fear can be allayed by the government by formalizing the sector using this emerging technology. Serious work on this issue will attract international real estate development companies to enter Pakistan’s lucrative real estate sector. This will present a lucrative opportunity to large local real estate groups to enter into partnership with foreign investors.

Blockchain might not be a miracle as claimed by many. However, it is a much needed technology that a country like Pakistan could benefit from. The government’s current economic woes can be alleviated with the growth of business and foreign investment and a well-regulated and safe real estate sector can become the engine of Pakistan’s economic growth.

The writer is a practicing lawyer based out of Multan