Warlight highlights the spoils of war

* Michael Ondaatje the author, most famously of The English Patient sets the primary first half of his novel in 1945 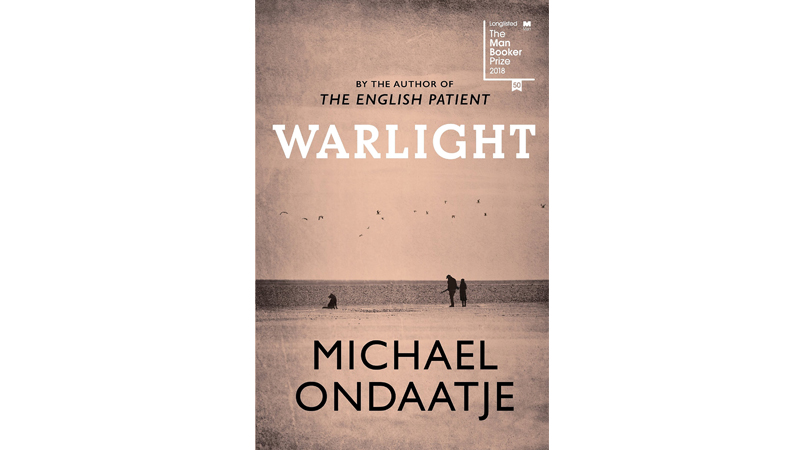 Warlight was the foggy, sparkling illumination that shrouded London throughout the onslaught that set within the backwash of the Second World War, explore the undependability of memory and have gloomy characters with hidden intentions. Here, the author shines ink-black light-weight on the dark, sophisticated nature of the family in what will typically be depict as a dull and square world of postwar England. Ondaatje takes time to establish his multi-layered narrative and delivers it in the form of fragments. He lived in London throughout his teens within the 1950s and channels that have, together with the city’s Dickensian character.

Michael Ondaatje the author, most famously of The English Patient sets the primary first half of his new novel in 1945. It’s 1945 and everything in 14-year-old Nathanial’s world is shrouded in secrecy, from the moment his mother and father leave him along with his “nearly” 16-year old elder sister Rachel. They are “protected by the arms of strangers,” including those affiliated to their mysterious “third floor lodger,” known as The Moth, and his cohort: the “smoke-like” Pimlico Darter; Olive Lawrence, a beguiling geographer-ethnographer; and an “easy going and reliable” neighbour, Sam Malakite.

Their father, they are told, has been encouraged to take over Unilever’s office in Singapore. Their mother, Rose, dutifully follow him. Nathanial and Rachel hate their boarding schools of English and elect to return back to their London home. There they are presided over by their guardian, whom they believe to be a criminal, while their parents remain absent. The blackout curtains are no longer demanded, but the dusk remains, “There were parts of the city where you saw no one, only a few children, walking solitary, listless as small ghosts. It was a time of war ghosts, the grey buildings unlit, even at night, their shattered windows still covered over with black material where ever glass had been. The town still felt wounded, unsure of itself.”

As Nathaniel and Rachel try to sort out the truth behind their parents’ sudden departure, they become involved in a series of misadventures, ‘Our parents went away and left us in the care of two men who may have been criminals.’ Nathaniel and his older sister, Rachel, are stupefied to discover that their mother’s purported reason for leaving them was imprecise

As Nathaniel and Rachel try to sort out the truth behind their parents’ sudden departure, they become involved in a series of misadventures, “Our parents went away and left us in the care of two men who may have been criminals.” Nathaniel and his older sister, Rachel, are stupefied to discover that their mother’s purported reason for leaving them was imprecise. Her betrayal shatter their innocence into pieces; they learn to accept that “nothing was safe anymore.” To the siblings’ surprise, however, their appointed guardian, their upstairs lodger, Moth, turns out to be a kind and defensive adviser. His friend, a former boxer nicknamed the Pimlico Darter, is also a kindly guide, even though one engaged in illegal activities in which he enlists Nathaniel’s help.

I am completely loving the idea of Light and shade which are clearly symbolic in Ondaatje’s novel. On one occasion, The Moth tells Nathanial, by the “small fall of red gaslight”, a devastating childhood memory he has suppressed. Lies and disguise are also potent motifs here. As I would like to mention what Nathanial observes early on: “It was a time of true and false recollections.” Nowhe does not know who to trust and his own sense of identity is vague.

Ondaatje’s title is referring to the time in which the book is set, to the gloomy world, and the flickering quality of memories. The second half of the novel is set in 1959 ache. Nathanial, now is 28, works in the Foreign Office and is trying to make sense of the past. Gradually he untie the knots why his mother left her children, and why her life remained in danger. In his trademark lyrical prose, Ondaatje keeps the reader guessing until the end but, when he does reveal the truth, we realize the clues have been scattered throughout the narrative.

After reading this novel, the story hit me as a non-traditional and fascinating coming-of-age saga until a violent event occurs midway through; the resulting shocking revelations for me as novel’s second half has more surprises. Element of patriotism portrays as the central irony when Nathaniel’s eventually realised his mother’s heroic acts of patriotism during and after the war left lasting that fractured their family. Mesmerizing from the first sentence, widespread with pitiful insights and satisfying subplots, this novel about secrets and loss may be Ondaatje’s best work yet.

Warlight is a 2018 novel by Canadian author Ondaatje.

In London near the end of World War II, 14-year-old Nathaniel and his sister Rachel are left in the care of an enigmatic figure named The Moth, their parents having moved to Singapore.

The Moth affiliates with a motley group of eccentric, mysterious, and in some ways nefarious characters who dominate the children’s experience early in the postwar period.

The writer is a food blogger, multilingual explorer and a freelance writer. She is a student of English Linguistics and Literature and can be reached at shumailatariq101@gmail.com