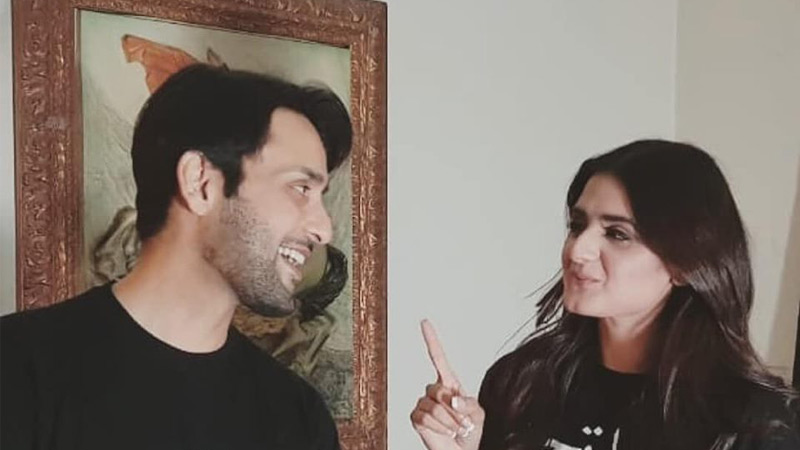 ‘Do Bol’ is the latest Pakistani drama serial that ended on May 5, 2019. It aired on February 25 the first time. It instantly struck a chord with masses owing to its relatable storyline and heartfelt performances by the cast.

To the most part, this drama portrays a sweet love story and also sheds light on the challenges a woman goes through in a patriarchal society. A woman always becomes the victim of sacrifice where she is expected to put other’s happiness before her own. She seldom has authority over her life, rather a man dictates what she has to do and what not. This is what makes the lives of woman very unpleasant and grapples them with sorrows.

To begin with, this drama starts with the story of “Gaiti “who is living a life: full of luxuriousness because of being well off due to a wealthy father, while Badar is a decent guy who being in a poor circumstances works at the home of Gaiti as the servant of her father. Gaiti is fair with a pleasing appearance who has been enjoying the pleasure of luxury in her life, but it is something to feel sorrow that she is deprived from the love of her father. Her father lacks love for Gaiti since she is from his first wife who was taken out from the home when Gaiti was a child because of the misconception of Iqbal Hassain that she had been an affair with another man. This is what considered Gaiti bad luck for her father.

Main while Badar who owned a respect from Iqbal Hassain all because of his good personality fell in love with Gaiti hidden due to his poor status he could not express the love but hide it in his heart . Once the Gaiti’s younger paternal ant ”Fareeha’s ” marriage would be fix with guy Hassan who has a younger brother Sameer. Beside this Sameer is also a friend of Badar .So then in the marriage Gaiti meets Sameer where they fell in love with each others and wanted to marry. No one in known about their love but Badar only because of Sameer, that was the greatest brief for him but could not do anything .

On the second side Gaiti’s father fix the marriage of Gaiti to her causin” Zaffar ” who somehow not like by Gaiti but can be hated because of his rude and arrogant personality. Gaiti did not want to marry Zafar for this purpose she wanted to go to her own mother who lives in Karachi ,and Sameer would be the person who was ready to help Gaiti.

Gaiti made the excuse for the meeting to her friend but reality she was going to her mother. Badar was the only one beside Gaiti and Sameer he also knew about that and ,Gaiti was reached to satiation by Badar where Sameer was coming to take her at Karachi. Sameer could not come at time ,whild Gaiti’s uncle” Munawer Hassain” saw Gaiti and Badar together here he though Gaiti is running with Badar . It was the hard time for Gaiti who was forcefully married to Badar without the want of her. Her luxurious life turned to sadness and starts to live with Badar in his small house .In this situation Gaiti did not accept the marriage and always comes up with rude behaviour with Badar, while Badar who unconventionally loves Gaiti has been bearing Gaiti with joy.

And there Sameer lose Gaiti, but still tried to get the Gaiti back and struggled a lot for that.

Time passed the love and respect of Badar owned the heart of Gaiti and Gaiti also fell in love with Badar, here she learnt that real happiness come from true love but not from worldly martials.

On the other hand Gaiti’s father fell with regression for whatever he did with his daughter and the absence of Gaiti, brought the love in her father’s heart. However, he wanted to give the all happiness to her daughter “Gaiti” by taking forgiveness to her. Fortunately now Gaiti was happy with Badar. She forgave her father and starts with a new beginning.

But, the story does not end here, where Sameer couldn’t bear the loss of Gaiti, he tried his level best to get Gaiti back. Because of him at some point some unpleasant situations come in their life but their love was pour for each other their relationship could not get affected. 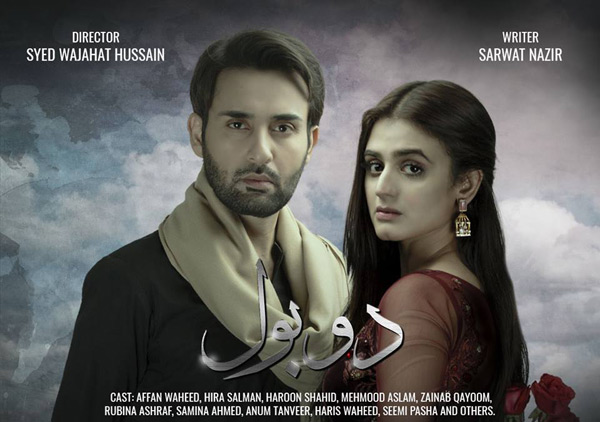 It is true at the end Gaiti could not find the love for Sameer, but the love of Badar stayed with her

Gaiti and Badar crossed all the hard circumstances of life and start a new life with a new beginning: a life of love respect and belief.

I feel it’s safe to say that ‘Do Bol’ is one of the greatest drama serial to have aired. Its storyline, performance and plot takes the cake. Its soundtrack “Ja Tujhe Maaf Kiya” sung by Nabeel Shaukat Ali and Aima Baig is heart-touching and has become everyone’s favourite. Kudos to the team behind ‘Do Bol’ for highlighting social issues through this drama.

‘Do Bol’ (Two Words) is a romantic drama television series.

The show originally started airing on Tuesdays where it aired two episodes in one week, then was extended to Wednesdays where it aired four episodes in one week with two each day and then finally aired on Monday, Tuesday, Wednesday and Sunday in its last week with the last eight episodes airing with two each day. The show was extended due to Ramadan being near and ARY Digital runs transmissions and game shows throughout the day, leaving space for barely any dramas in the week. The drama serial garnered immense popularity worldwide with being trending on YouTube in Pakistan and India.