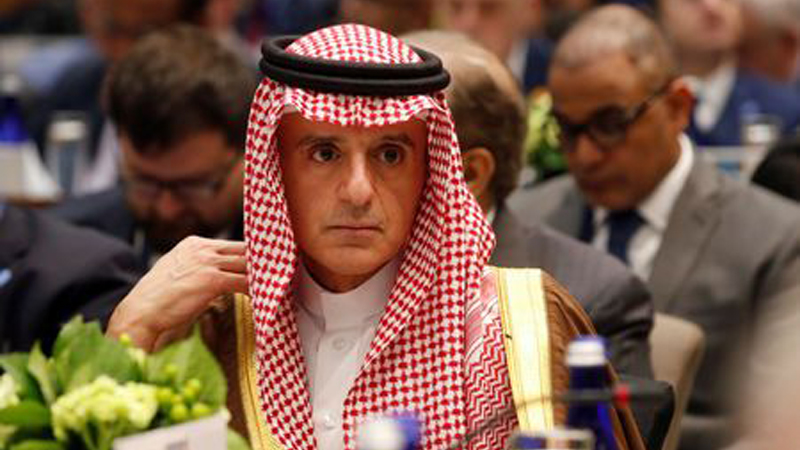 A senior Saudi official denied the authorities posed any threat to prominent Palestinian human rights campaigner Iyad al-Baghdadi, who has said the Norwegian security services warned him of a threat against him from Saudi Arabia.

“I’ve really never heard of anyone named Iyad al-Baghdadi,” Minister of State for Foreign Affairs Adel al-Jubeir told reporters. “It could be that the goal of his allegations is to obtain permanent residency in some country. But with regards to us, we don’t have any information about him.”

Baghdadi, who won prominence during the 2011 Arab uprisings and has written critically of Saudi Crown Prince Mohammed bin Salman, has lived in political asylum in Oslo since 2015.

He said that on April 25 the Norwegian security services took him to a secure location and told him of the possible threat against him.

Much of Baghdadi’s work over the past two years has focused on human rights in Saudi Arabia, particularly after the killing last October of journalist Jamal Khashoggi.

The kingdom, a key US ally, has come under increasing global scrutiny over its human rights record since that murder inside the kingdom’s Istanbul consulate and the detention of around a dozen women’s rights activists.

A bipartisan chorus of US lawmakers has called on the White House to harden its stance toward Saudi Arabia after Khashoggi, a critic of Prince Mohammed, was killed by Saudi agents in a move widely seen as an attempt to stifle dissent.

A CIA assessment has blamed Prince Mohammed for ordering the killing, which Saudi officials deny. AGENCIES