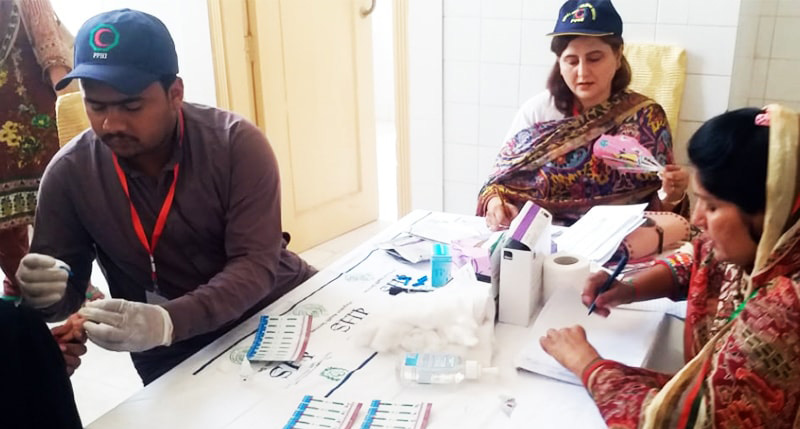 Federal government, on Saturday, decided to seek help from international health organizations over the HIV/AIDS outbreak in Ratodero in Sindh.

According to sources, a meeting with international partners was summoned as the government decided to consult the world health bodies over the crisis Ratodero.

A meeting is said to be convened on May 20 in Islamabad with Prime Minister’s Special Assistant on National Health Services, Dr Zafar Mirza, in the chair. The meeting would be attended by the representatives from the World Health Organization (WHO), UN Children’s Fund (UNICEF) and the UN Development Programme (UNDP).

It was said that the meeting would be briefed about the existing situation of AIDS control, steps being taken and the challenges in this regard.

The session would also devise a strategy in collaboration with international health bodies to control the situation, sources claimed.

They added that the world health partners would also be informed about the requirements in view of the increasing HIV cases.

According to health officials, over 400 people, with a majority of children, tested positive for HIV virus in recent weeks. A surge in infection is being warned across Pakistan due to the usage of unsanitary equipment and rampant malpractice, often at the hands of quack doctors.

UN called Pakistan out for its second-fastest growing HIV rates across Asia, wherein about 20,000 new HIV infections were reported in 2017 alone.