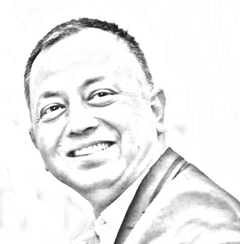 Amnesty Scheme by Public for Politicians

The sacred month of Ramadan, which is full of blessings, is the best time to offer an opportunity to all those who have done any wrong in the past, and grant them forgiveness.

The government’s announcement of an Amnesty Scheme is fully in light of the kindness and forgiveness we have been taught about and I personally feel this is a great gesture towards misguided individuals to come back onto the right path.

Taking inspiration from our government’s kind gesture, I think we, the common people of Pakistan, also need to open our hearts this season and show some fairness towards our caring and kind-hearted politicians who are living a miserable life, carrying the pain of the common people in their hearts just to find ways of making the common man’s life easier. In acknowledgement of our politicians’ efforts, I am proposing the launch of an Amnesty Scheme by Public for Politicians.

Usually governments announce Amnesty Schemes through which a pardon is granted to individuals for their past offenses, especially political offenses against a government, often granted before any trial or conviction.

The Amnesty Scheme by Public for politicians will be unique in its own way and will really help build the bridge between the public and politicians. Through this Amnesty Scheme, pardon will be granted by the public to all politicians for their past offenses against the public, which they committed by making false promises, selling a fake future, showing impractical dreams, building false hopes, standing up for their own selfish gains, confusing people instead of convincing them, quoting false facts, lying so confidently, never keeping to their word, never standing up for real issues, making deals on public losses, using religion to gain easy votes, stealing our money, building businesses, owning palaces, sleeping so deep and eating so much.

Amnesty schemes are launched to offer forgiveness to people of whatever wrong they have done in the past and gives them an opportunity to come out with a clean, white slate. In my humble opinion, it is an acceptance by authorities that we cannot catch your black and wrong doings, therefore “please come and share a share of that with us too” and we will give you a “new & improved – responsible & patriotic – legal & honest” badge so you can start afresh.

We, the common people of Pakistan, have suffered so much that sometimes it feels that we are just floating and have no control over things happening to us, around us and will happen to our children. Very few of us, obviously the fortunate and the lucky ones, know about the near future but most of us have no clue what kind of future lies ahead of us. We have trusted and believed and given plenty of opportunity to all politicians who have given us a slight ray of hope in the hope that this time it will be different; this time the change will surely come but sadly so far it has not come. We feel rich, as we have hope, and the politicians deserve our thanks – for giving us hope; leaving hope with us at least as all other things have been taken away from us by them in the promise of hope. For us hope has now become the back light of a moving truck and we have been asked to go catch it – we have been running after that truck for years now just to catch that light.

So there is a big similarity between the authorities and the common public – they both are finding it difficult to catch the people who have committed offenses as those people are too powerful, too big, too high, too smart, too clever, too connected and on top of it all some are too religious. Therefore, we, the common public, should also stand equal to our government and offer this Amnesty Scheme to politicians as Amnesty Schemes help change the human by cleaning the soul, washing out the evils from their minds, brainwashing the criminal cleverness and guarantee that this person will never repeat the offenses committed in the past. The best part of an Amnesty Scheme is that it is offered with a soft heart – you did wrong in the past but it’s okay if you admit it now and give us a percentage of it and acknowledging this great gesture of yours, we will not charge you or put you in jail.

Therefore, as the common people of Pakistan, we should launch our Amnesty Scheme for these beloved politicians and set them free from the guilt and misery of their behavior towards us. This way, they can at least stop using the same methods on us and instead be encouraged to do some hard work in finding new creative ways of dealing with us – entertaining us in jalsa concerts and talk shows.

If this Amnesty Scheme by Public is launched with full muscle, I am sure we will be able to dry-clean many politicians through this scheme and give them a new life free of guilt and full of respect and honor. We all make mistakes and it’s fine if our politicians have made a few mistakes too but we, the common people, have always been the ones with a bigger heart despite knowing they play with us. So why not grant forgiveness when they accept that they have committed wrongs in the past and now promise to be fair and honest and truly work in the interest of the country and the common people.

Let’s appreciate and welcome those politicians who are being bigger human beings as accepting your mistakes and blunders is not an easy thing – it’s an action which only the brave can take. Let’s forgive and forget all the hurt and ache we have been given and let’s give them a white canvas with the hope that they will not just change from the outside but also on the inner level of their spirit, and now they will have feelings for the common man.