Perjury is a crime

Our judicial system has suffered a great deal as a consequence of inapplicability of a universal rule Falsus in Uno, Falsus in Omni. The Latin phrase meaning ‘false in one thing, false in everything’. The rule implies that a witness who lied about any material fact must be disbelieved as to all facts because of the reason that the “presumption that the witness will declare the truth ceases as soon as he is shown to be capable of perjury,” and that “faith in a witness’s testimony cannot be partial or fractional.”

The nature of the rule is universal. It has been applied in criminal justice system in many countries across the world. In the case of the Santissima Trinidad (20 US 1822), it was held that when a witness tells a deliberate falsehood, courts of justice are bound to apply the maxim falsus in uno, falsus in omni. In the famous OJ Simpson murder trial the judge instructed the jurors: “[A] witness who is wilfully false in one material part of his or her testimony is to be distrusted in others.” 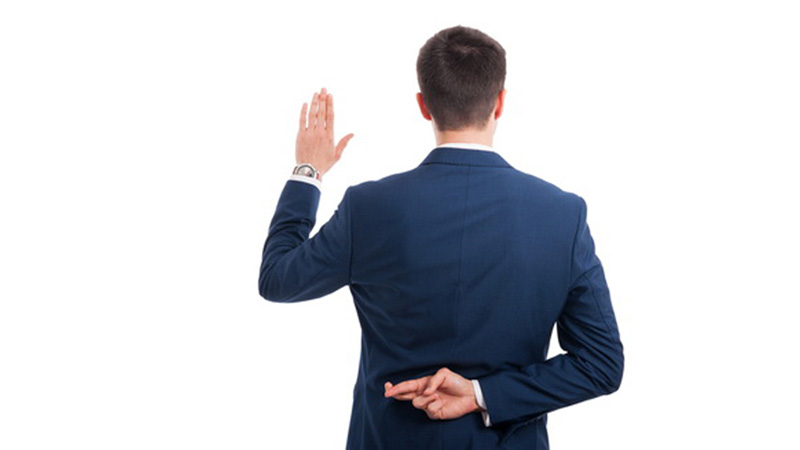 The rule was first held not to apply to cases in Pakistan in the case of Ghulam Muhammad and others v Crown (PLD 1951 Lahore 66), the judgment was authored by Justice Muhammad Munir. The following are the views of Justice Munir about the inapplicability of the universal rule: “Generally, when it is proved that some innocent persons have been dishonestly implicated in a crime, the Court is entitled, and it is safer to acquit even those who have not been able to prove that they were falsely implicated. The grave danger of miscarriage of justice if oral evidence were judged by maxim of falsus in uno, falsus in omni, and have considered proof of perjury on a material point by itself is not to be a sufficient reason to reject that portion of the evidence that appears to be true.”

A bench of the Supreme Court headed by Chief Justice Khosa has recently declared that the rule falsus in uno, falsus in omni shall be an integral part of jurisprudence in criminal cases

The approach has a few weaknesses that can affect our criminal justice system if not dealt with. First, the High Court had failed to explain how the rule’s application was dangerous to administration of criminal justice, and what “grave danger of miscarriage of justice” was there “if oral evidence were judged by maxim of falsus in uno, falsus in omni?” Second, the approach was most unwise as it sowed the seeds of unchecked falsehood in testimonies not only making the job of a judge more difficult but also increasingly sullying the stream of justice itself.

Justice Munir was of the view that the job of a judge was to discover the truth, whereas in our system of criminal justice discovering the truth is the job of the investigating agency, and the judge is to decide as to whether the allegations being levelled against the accused have been proved by the prosecution in accordance with the law or not.

Holding that the rule falsus in uno, falsus in omni is inapplicable in Pakistan practically encourages commission of perjury. A court of law cannot permit something that the law expressly forbids. The Pakistan Penal Code, 1860 contains many offences dealing with perjury and giving false testimony. Sections 191 to 204, 209 and 211, listed under Chapter XI entitled “Of False Evidence and Offences against Public Justice,” highlight the fact that giving false testimony is considered a very serious matter entailing some serious punishments.

The judgment also rebels against our religion as Islam has strictly prohibited the commission of perjury and false testimony. “And do not mix the truth with falsehood or conceal the truth while you know [it]” (Surah Al-Baqarah; Verse 42). “And do not conceal testimony, for whoever conceals it his heart is indeed sinful” (Surah Al-Baqarah: Verse 283).

Our judicial system has greatly suffered as a consequence of the above-mentioned permissible deviation from the truth, and it is about time that such a colossal wrong was rectified in all earnestness. A bench of the Supreme Court comprised of three judges headed by Honourable Chief Justice Asif Saeed Khosa has recently declared in a judgment that the rule falsus in uno, falsus in omni shall be an integral part of jurisprudence in criminal cases. The bench directed that a witness found by a court to have resorted to a deliberate falsehood on a material aspect shall, without any latitude, be proceeded against for commission of perjury.

The writer is an Islamabad-based lawyer