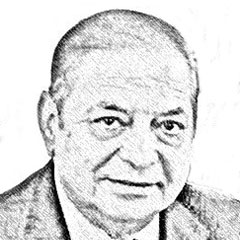 Supreme Court, of recent, held a view that more or less said that Patwari system has to go and must be substituted with more modern registration system. If we could do so much development since our colonist left, why couldn’t we remove the Patwari? If one were to buy land in Pakistan and came across such words as AksShujra, Fard Malkiat, Jamabandi, Misal Haquiat, Haqdaran-e-Zameen, Intiqal, Tittima, Khasra, Khasra Girdawari- please don’t get offended as these are not blankety-blank. These are the terms used in transactions of land which are verbose, obsolete, unintelligible and utter nonsense in 21st Century.

The land laws that we inherited from the British in 19th Century and early 20th Century are not only out of date but also not in consonance with the pace of technological advancements. The world is speeding through ecommerce era where electronic transactions are contributing towards economic gains and we are still trying to tag along archaic legal jargons and procedures.

I once booked an apartment in a high rise building in Islamabad and inquired about the lease of my flat. The developers didn’t understand what I was demanding as they thought their allotment letter was all what I needed to own the property and if ever I wanted to sell it they would cancel my allotment and issue a new allotment letter in favour of the buyer. It was unclear if the developer had bought the land freehold or leasehold from the CDA and neither the sale brochures defined the exact tenures of the flat. When I asked the developer/owner, what guarantee I had that my allotment letter, the sole document of my ownership, will not be cancelled and my ownership will vanish instantly-the developer thought I was naïve and didn’t understand the ready thing.

An ongoing case in the Supreme Court revealed that CDA had sold a parcel of land to developers for a leasehold term of 33 years! The whole building contained luxury flats that were sold to the buyers knowing that the actual hold of the developers/owners on the land was just 33 years! No bank or lender would ever lend on a property that has this short lease. The buyers are at the mercy of courts after the term is over.

In the absence of cohesive land laws reforms, the parties flood the courts for seeking adjudication of their tenancy dispute and redress of commercial land issues. News land laws will help lessen the load of judiciary and save immense costs if the whole regime is streamlined in modern terms using online transactions, cutting bureaucracy and eliminating paper transactions

Our Property Laws need complete overall and people need simplicity, transparency and user friendly mechanism to buy and sell land with revolutionary changes in our legal and banking system to provide a solid asset ownership platform where financial facilitation could be availed. The concept of home loans and mortgages is virtually non-existent- essentially because our property laws are deficient- to say the least. Equally our banking practices are also relatively conservative. Banks lend less because of fears of default where collaterals of substantive value are not held.

A whole new package of land law reforms needs to be brought wherein new laws should provide for definitions of tenures of urban and rural land. There ought to be set up a dozen electronically armed land registries covering the whole of Pakistan.

From the commencement of a new legislation all land transactions must be sent for registration to the concerned registry where all deeds, epitome of title and bequeaths must be produced to the satisfaction of the registrar. Only qualified lawyers having the certification for Conveyancing must present all the required original documents for registration. Once the Registrar is satisfied, the land (includes all properties) will be registered in 3 registers. One register will be called Land Register describing the land with boundaries, title plan and complete address. The second register will be called Proprietorship Register describing the names and addresses of all proprietors with their CNIC details -be they sole or joint. The third register shall be called the Register of Charges where all legal loans, mortgages no transaction could be affected without discharging the registered charges. The new registration will manifest on two to three pages of title and that will be the only legal evidence needed to establish lawful ownership of land.

As only new transactions on land would be required to be registered under the new registration laws-the progressive registration of land will encompass the whole country’s land registration system in years to come.

All land has to originally belong to someone as Freehold-be it federal or provincial government or any other body or individual. All leases of various tenures may be carved out of this freehold land. All flat owners in a multi-storied apartment building must, under the law, give leases to its tenants lasting no less than 99 years. Banks or any other lenders must accept a lease or a sub-lease of at least 75 years while giving mortgage monies for purchase.

There is need for further legislation to bring in leasehold reforms as well. Business leases at present work under a contractual regime and are at the mercy of landlord’s will for its extension. That’s not a conducive arrangement for the prosperity of any business. Landlords must, under the new law, extend the business lease term for the continuity of trade and commerce.

In order to prevent fraud and corruption, the Register would record all Notices, Cautions and Charges on the property whereby before a sale or transfer could take place, interests of other parties could be satisfied without much ado.

In the absence of cohesive land laws reforms, the parties flood the courts for seeking adjudication of their tenancy dispute and redress of commercial land issues. News land laws will help lessen the load of judiciary and save immense costs if the whole regime is streamlined in modern terms using online transactions, cutting bureaucracy and eliminating paper transactions.

The author is a practicing lawyer in England and Pakistan