* The Piyala Hotel is located beside the gate which was once famous for its tea but at present, if you would go there for tea, I'm sure the flies wouldn't permit you 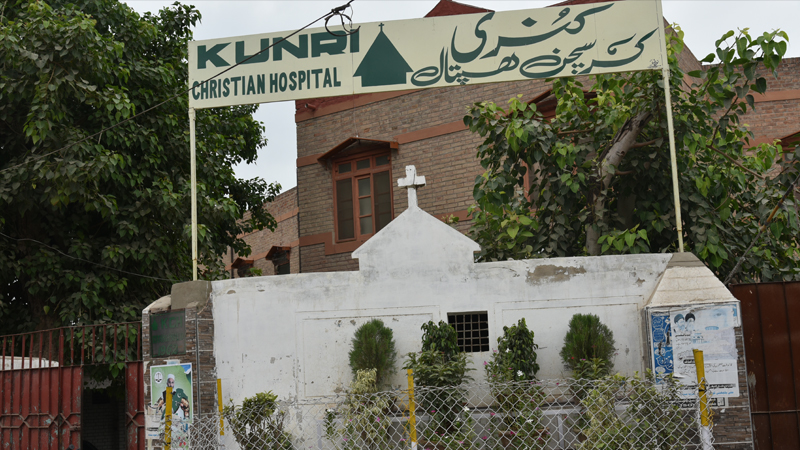 It is the only chowk in the entire Sindh or even in Pakistan which is named as the American Chowk.

This chowk in Kunri is neither associated with the name of any foreigner/American nor any white man’s statue is displayed around the premises of this chowk but still it’s called American Chowk. There’s a red coloured wall erected beside this chowk. The entire city’s waste is dumped along the same wall. A few steps away from the wall, there’s a taxi stand. In front of this chowk, there’s a big gate from which one can see women of Gawariya tribe sitting and selling their items wearing veils and waiting for the bus.

Piyala Hotel is located beside the gate which was once famous for its tea but at present, if you would go there for tea, I’m sure the flies wouldn’t permit you to drink your tea peacefully and consequently, you would have to run away from there.

There appears a bumpy road in between the red wall and the hotel which connects this city to Tharparker via Thar Nabisar and hence Kunri becomes a gateway to Thar. If you enter the big gate by crossing the Gawariya women awaiting their bus, you would reach the reverse side of the red wall where you can see beautiful water fountains, green grass spread all over the place, rows of attractive flowers and many trees, compelling you to branch off the two different social outlets of local and western lifestyle. You can also witness some stones of Nagarparkar here which are specially placed here to recall the prominence of Karoonjhar Hill. Dustbins are also positioned ubiquitously in the entire area on which ‘Use Me’ is scribbled.

A big church is also located inside this red coloured boundary wall whose tiled floor gives a shiny look from a distant view. There are many other rooms built over these four acres of land including a beautiful light-red coloured building and as you enter this building, you may see someone sleeping on the cemented bench which is positioned near the entrance.

This whole area belongs to Christian Hospital which is famous all over Thar with the name Amreeki Aspatal (American Hospital) and this is the reason why people of Thar call the chowk American Chowk. How, when and who named it American Chowk nobody knows exactly about this but once the doctors and most of the management staff of this hospital comprised people from America, Canada, Germany, France and England and for the people of Thar every fair/white-skinned man/woman is American so they started calling it American Hospital instead of Christian Hospital. The hospital was famous all over the country due to the provision of quality healthcare services to the people of not only Thar but to almost everyone who visited. Even today, the old staff of this hospital that had seen Dr Maggie with their eyes can’t forget her who was bestowed with Sitara-e-Imtiaz (Star of Excellence) by the government for her outstanding services/work for the hospital. Dr Maggie spent a good part of her life serving the people of Thar/Sindh in this hospital and then went back to her native country, America. Her original name was Margaret Robinson but she was famous by the name of Maggie. Carl Joseph Curry, the father of Dr John Kerry of New Zealand, also spent a lot of time in this hospital. He died in 1989 and as per his will, was buried in a local graveyard of Kunri. An American nurse also died serving here whose dead body was sent back to her country later. Belgian doctor Jordi Dereham has also spent almost two years in this hospital before going back to Belgium permanently.

There appears a bumpy road in between the red wall and the hotel which connects this city to Tharparkar via Thar Nabisar and hence Kunri becomes a gateway to Thar. If you enter the big gate by crossing the Gawariya women awaiting their bus, you would reach the reverse side of the red wall where you can see beautiful water fountains, green grass, rows of attractive flowers and many trees, compelling you to branch off the two different social outlets of local and western lifestyles

Dr Philomena has also stopped coming to the hospital since a long time, who once used to travel all the way to Chachro to serve the patients of Thar. There’s a huge list of many foreign doctors, nurses and other staffers who made this hospital an outstanding service centre for the people of Thar and Sindh. The current local management of this hospital think that after 9/11 episode, the foreign doctors and other staffers stopped coming to the hospital and consequently, the hospital too stopped providing the same sort of healthcare services to the people for which it was popular. The people of Thar once used to reach the hospital on donkeys and camel carts as the metalled roads weren’t constructed yet, while the people from Punjab also used to come to this hospital because Kunri Railway Station was operational at that time. 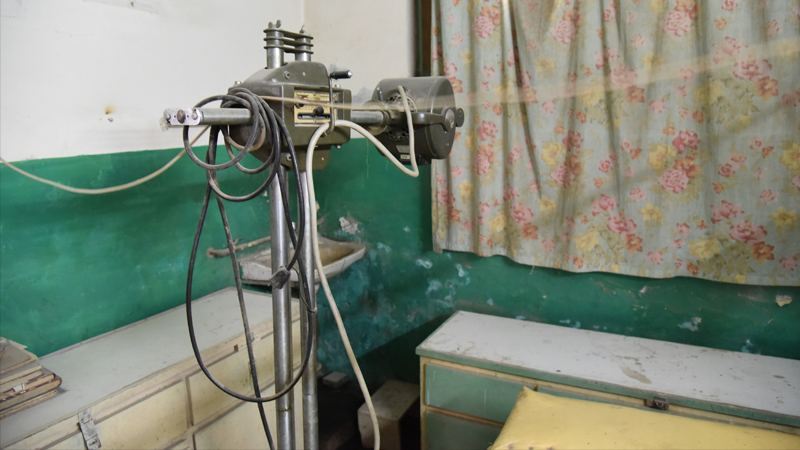 There was a nursing centre in the hospital, which is still working but the significant thing about the centre is that many foreign girls have studied/passed nursing from this centre in the past. The record book which has the entire data regarding such foreign girls is preserved in a room of this hospital.

An old x-ray machine is still placed in a corner, which according to the present staff was once used during World War II. This is a unique machine of its type which in those days can easily be dragged to any room or any bed. The staff further says that this hospital also had a ventilator even in that time when the facility was not available in Mirpurkhas. There was also a Tuberculosis Centre working in the hospital where thousands of patients were treated successfully. Unfortunately, there’s no such facility available in the hospital at present.

Originally, the concept of this hospital was by Bishop Chandu Rai, who actually wanted to have a mobile eye clinic in Thar. So basically, it was a mobile eye clinic but as the idea matured, it finally transformed into Christian Hospital of Kunri. In 1962, this mobile hospital used to carry out free eye camps in different villages of Thar but after 1970, it permanently became Christian Hospital of Kunri, consisted of 110 beds at that time but at present, it has decreased up to only 10 beds facility and this all happened after 9/11.

All other departments/wards of the hospital like Eye and TB etc have stopped working except for the Gynae Ward which still provides services but not free of cost! It has become a private hospital now which takes full fees from patients. This hospital also had an allegation on its part that this was only opened for the core purpose to spread preaching of Christian belief but its management denies and argues that they don’t have any relation with religious preaching system; it was purely welfare-work.

It’s also a truth that there were many workers of this hospital in past which once was Hindus and then converted to Christians.

This hospital was once one of the famous hospitals of its times in Thar and it was the time when there was not any metalled road available in entire Thar, when Doctor Haji Shafi Memon was the only popular doctor for the people of Mithhi, Islamkot, Chachro and Diplo and when the government sponsored hospitals were only hopeless buildings.

Today’s Thar has been in spotlight for a long time owing to occurring regular deaths of children and women due to hundred of diseases but if there would have been a hospital like ‘American Hospital’ the result would have been very different. The building is vacant at the moment so the government must take serious measures to restore the broken communication between patients and the quality healthcare.