* When Pakeeza's parents come to know that she's alive, they demand justice for their daughter and the wrong accusations made on her 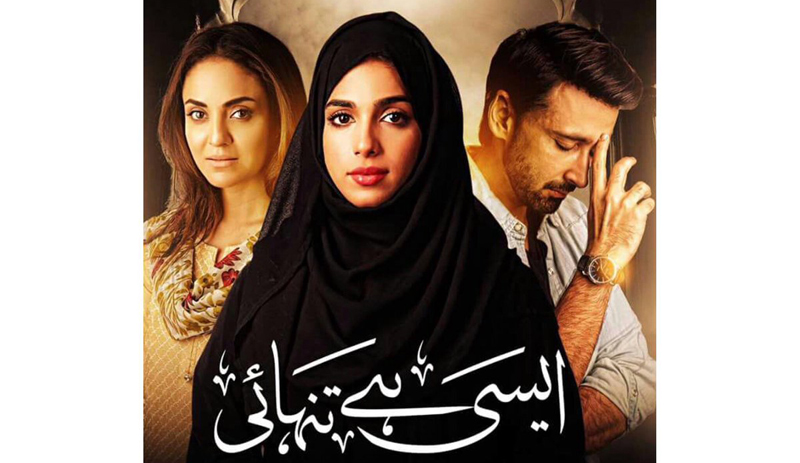 ‘Aisi Hai Tanhai’ is play based on social norms and how nature plays its course. The drama serial is written by Mohsin Ali whose stories are always related to the facts of life and convey messages about social affairs and how one should deal with them in their lifetime. This serial is based on a girl called Pakeeza Islam who studies at a university. She likes a boy Hamza who is also studying in the same university in fact, their feelings are mutual for each other.

Their love grows with the passage of time and they remain honest to one another. However, they keeping their affair a secret from their parents, land them in a lot of trouble. One day, at a shopping mall, Pakeeza Islam’s sister sees them together, leaving her shocked. She confronts Hamza and tells him that if he is really serious about her sister, then he should ask for her hand in marriage. She suggests that it’s better “you people give your relationship a name”.

After a few days, Hamza tells his parents about Islam and they agree to marry them off. Both their parents set an engagement date for the couple, leaving them happier than ever. Islam’s friend Rimsha on hearing the news, feels pangs of jealousy. She feels jealous of Islam because she likes Hamza as well. She doctors some picture of Islam and spreads them on social media. Hamza has faith in Islam and believes her but is only concerned about the impact this would have on their families.

However, Hamza’s mother is infuriated on seeing these pictures and breaks off their engagement. This affects the girl a great deal as her entire dignity is compromised and her parents are left worried and helpless. She undergoes depression and does not know what to do. Her mother feels pressurised as people begin commenting on her daughter’s character. Ultimately, her mother poisons her. The girl is rushed to the hospital and survives but people think she tried committing suicide.

Everyone thinks she has died. The doctor feels sorry for her and takes her to his home to treat her better. There, he finds out that a sweeper had raped her in the hospital premises.

When her parents come to know that she’s alive, they demand justice for their daughter and the wrong accusations made on her. The girl doesn’t want revenge and decides to forgive everyone. This is the story of a girl who forgives everyone despite wrong things happening to her, that destroyed her love life and her dignity. Despite suffering, her nature helps her cope.

‘Aisi Hai Tanhai’ was a Pakistani drama serial that first aired on ARY Digital Network on November 8, 2017 and ended on March 21, 2018. It was written by Mohsin Ali, produced by Fahad Mustafa, Dr Ali Kazmi and directed by Badar Mehmood. In this serial, Sami Khan was playing a leading role which was based on a love story with Sonya Hussain and Nadia Khan.

‘Aisi Hai Tanhai’ talks about how social media can become a curse for some one’s life and destroy everything.