The uniqueness and beauty of Balochi doch

* Baloch living in Iran, Afghanistan, the United Arab Emirates and other parts of the world are the best ambassadors of traditional clothing and muster a heavy clientele for doch 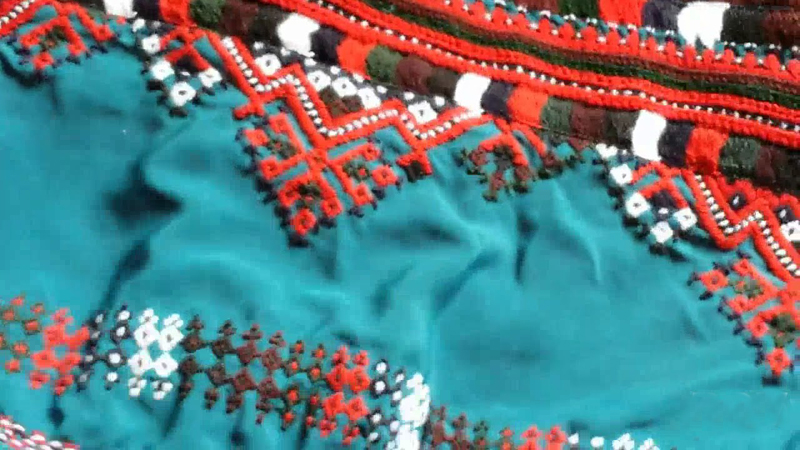 There is no denying the fact that every nation is blessed with its own customs and traditions. Similarly, the province of Balochistan has its own share of unique items and accessories.

It’s a known fact how Balochi songs, crockery and apparel are distinct in style and extremely sought after. Balochi doch (dressing) draws the most attention owing to the hard work behind putting it together. Balochi doch is not only famous in Pakistan but all over the world as it’s very costly and requires attention to detail when it’s being sewn.

Baloch living in Iran, Afghanistan, the United Arab Emirates and other parts of the world are the best ambassadors of traditional clothing and muster a heavy clientele for doch. Balochi clothes are usually worn by rich people as they are very expensive and the poor people cannot afford them. The irony is that poor people are the ones who make them, the designing is done by stay-at-home women!

Doch is precious and valuable and requires an extended staff for its production. The different types of doch made by Baloch women are dod-o-rabedag, dotok, star nal, Mahgul, star gul, jalwa, naal, gul-o-bangla, Burj Khalifa, Shahjahan-e-Challa, Raeesani Zamath, rindani diwan, chandane haar, spaner and many more. What’s pertinent to mention is that all of these have different prices in the market. Some of them cost Rs 20,000, some Rs 50,000 and some even touch Rs 100,000.

The hard work put behind bringing these exotic and luxurious apparel to life is evident in the intricacy of designs.

Some of the latest doch which have come to light are Muscat-e-Bosoch and Dotok. Their prices are very high because they are very difficult in sewing. Sewing a doch has become a hobby of Baloch women. Producing a doch requires a lot of time as well.

Such an art is very important for the survival of the nation and this also can be one of the reasons that our nation is alive. Balochi doch is unique in its style, colour and design.

The writer is a student at Government Girls Degree College and can be reached at malihakhurshid10@gmail.com