Pakistan’s road to the World Cup

Having enthralled the fans for nearly half a century, the One Day International Cricket World Cup may be regarded as the Olympics of the sport. 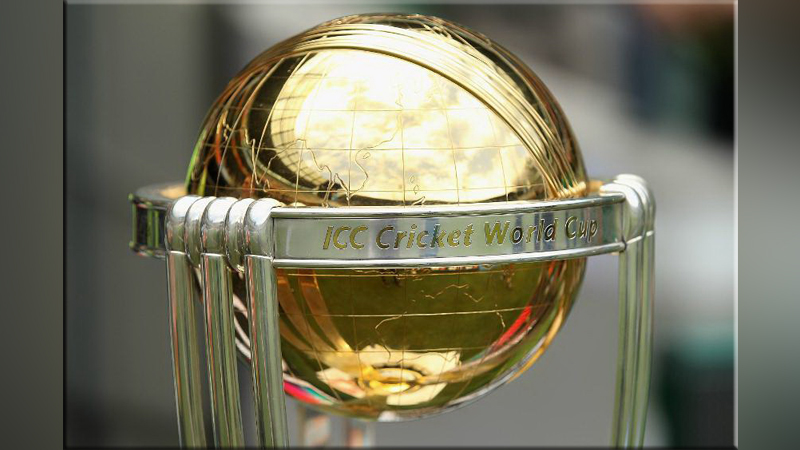 The first World Cup was staged in Britain in 1975 and the last so far in Australia and New Zealand in 2015. So far, there have been 11 World Cup tournaments altogether. The World Cup cycle is such that it is played every four years. The one exception was the 1996 World Cup, which was followed by a tournament in 1999.

There is a view that the authorities concerned wanted the vent to take place before the start of the new millennium (and century). Britain wanted the bragging rights for hosting the last World Cup of the century. Nonetheless, the country hosting the World Cup has a lesser significance to the team winning it. Pakistan has had its fair share of ups and downs in the World Cups. Its finest moment came in 1992 when the team lifted the trophy.

This time around the World Cup will once again be staged in England making it the only country to have hosted five tournaments. Sarfaraz Ahmed, the skipper, has said that the side selected for the World Cup is good and can go a long way in the tournament. Let’s take a look back on Pakistan’s road to the World Cup in the 50-over format of the game over the past years or so.

Ever since winning the Champions Trophy in 2017, Pakistan’s performance in One-Day International cricket has raised eyebrows if not serious questions. Pakistan toured New Zealand for five ODIs and lost all of them in a below-average performance. Pakistan were unable throughout to post defendable totals. In the third ODI, in Dunedin, the team was scuttled out for a mere 74 runs while chasing a modest target of 257 runs.

Pakistan suffered the ignominy of a whitewash at the hands of Australia, that too in a home series

After the tour of Zimbabwe, Pakistan’s next assignment was the Asia Cup along with Hong Kong, Sri Lanka, India, Bangladesh and Afghanistan played in the UAE – Pakistan’s home away from home. It was a dismal showing by Pakistan who only won against Hong Kong and Afghanistan. In the second match against India, Pakistan were beaten by eight wickets. Coach Mickey Arthur conceded that the team was having confidence problems.

After the Asia Cup, Pakistan played three ODIs against New Zealand. The series played in the United Arab Emirates was drawn 1-1. The third ODI ended in a no result following a rather unusual rain.

The ODIs against New Zealand were followed by the Pakistan Super League where batsman from the lower order of the current World Cup squad gained some experience in T20 cricket.

Next, Pakistan suffered the ignominy of a whitewash at the hands of Australia, that too in a home series played at the UAE. Pakistan gave a break to some of its prominent players included in the World Cup squad.

The squad selected for World Cup has most of the players who played in the Champions Trophy. The shock omission is Muhammad Amir, who has been dropped following poor form. Although much has been said recently about Pakistan’s batting, the team will have to rely on pace bowlers to get the opposition out quickly. Shaheen Shah Afridi, Junaid Khan and Muhammad Hasnain are very good bowlers. However, none of them has the pace and swing of Muhammad Amir. Depending on his performance in the on-going ODI series against England Amir night be included in the World Cup squad, given that the teams are allowed to finalize their squads one week prior to the opening game.

Pakistan’s road to the World Cup has seen a few stumbles. They are currently ranked 6th in the ODI rankings. However, we have seen in the past that rankings are not always a good predictor of performance in top tournaments. All teams in the forthcoming World Cup will play against all other teams. Good luck, team Pakistan.