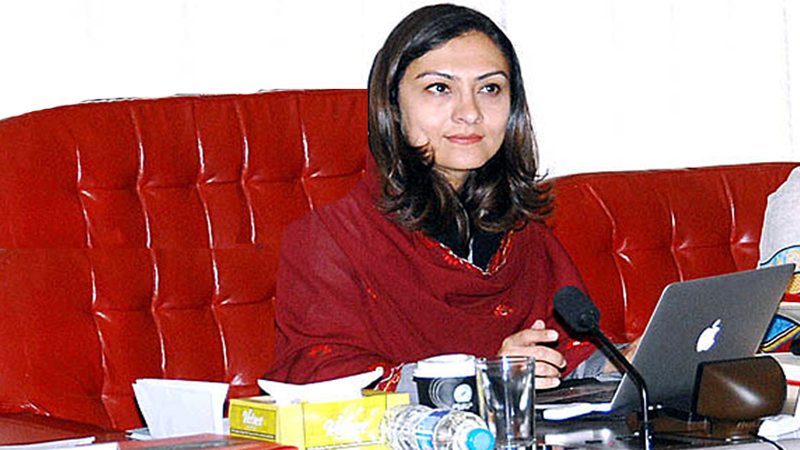 Disgruntled leader of Pakistan Muslim League-Nawaz (PML-N) Marvi Memon on Tuesday advised party leaders and workers to initiate ‘Jail Bharo’ movement in order to express their love and affection to the party supremo.

Taking a jibe at PML-N in her tweet, she said PML-N is nothing and carrying out politics of mummy daddy tweets.

Addressing the party workers in her tweet, miss Memon said those who are claiming to sacrifice their lives for the former prime minister Nawaz Sharif, why hesitating from initiating ‘Jail Bharo Tehreek’?

Former prime minister Nawaz Sharif will surrender himself to the Kot Lakhpat Jail authorities later in the day, today upon completion of his six-week bail period granted to him by the Supreme Court for medical treatment.

Sharif, whose bail term would expire at midnight, will return to the jail along with a procession of party workers and leaders led by his daughter Maryam Nawaz in a bid to flex political muscles.

She added that Chaudhry Nisar took a stance regarding the party as per his conscience. Memon in a series of tweets was referring to former interior minister’s announcement a day ago, where he said that he was no longer a part of the PML-N. The BISP former chairperson said that Nisar chose respect over ‘darbaripana’ (sycophantic behavior), adding that 99 percent of the sycophants wont realise they are slaves to the system.

She said that those slamming Nisar over this behavior should make a list of senior people who have left the party due to the fear of being abused or pushed to sidelines. Marvi Memon said that the party workers will go to rally due to their love which isn’t worth for their leader.

She added that the PML-N has a culture of ‘mummy daddy tweet politics’. Nisar said on Sunday that he has repeatedly said that he is not part of Pakistan Muslim League-Nawaz anymore.

“I have been part of the PML-N for a long time. I do politics of honour not of power,” said Nisar in a press conference. “I have a strong relationship with Shahid Khaqan Abbasi’s family but I have said many times I am not part of PML-N.” Marvi Memon served from 2015 to June 2018, during the PML-N tenure, as the chairperson of BISP.