Game of Thrones introduces a new character – the paper cup 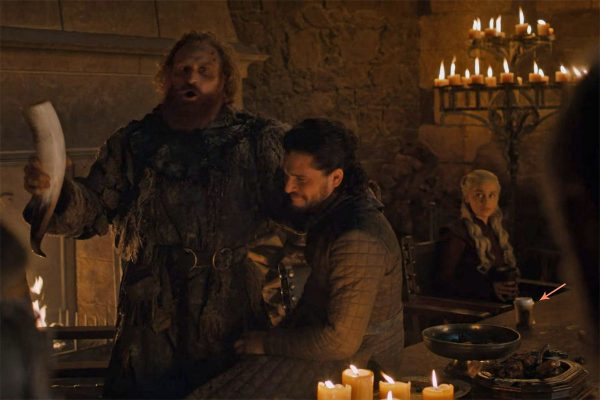 Game of Thrones has taken the world by storm with its amazing storyline, twists and exceptional acting. It now has surprised its massive audience with another character – the rogue cup.

The hit TV series is nothing but top of the notch, it has conquered amazing costumes, set, makeup artists and props but the one thing it failed to hide was the famous disposable coffee.

The creators of GOT have invested thousands of millions of dollars into the show. They have created many historical and unforgettable scenes and characters however made a major error forgetting to pick up and coffee mug and throw it far away from the scene.

In the scene the ‘controversial’ cup was on the table of Winterfell where both Jon Snow and Daenerys Targaryen are seen sitting while Jon Snow is praised by his valor, Tormund and the disposable coffee mug is spotted to be lying there and has been alleged to be from Starbucks.

Game of Thrones is currently on its eighth and final season, with four episodes down, we still await any more blunders or paper cups in the following episodes.