Reforming the institution of jirga

The institution of jirga is an important element of the Pakhtun society. It is a social forum through which long-standing disputes, rivalries and enmities may be resolved on the basis of justice and impartiality. Jirga is commonly known as community-based traditional victim-offender mediation council. The decisions taken at jirgas are not only acceptable to the related parties but in most cases verdict leads to a great sense of satisfaction, fairness and justice. 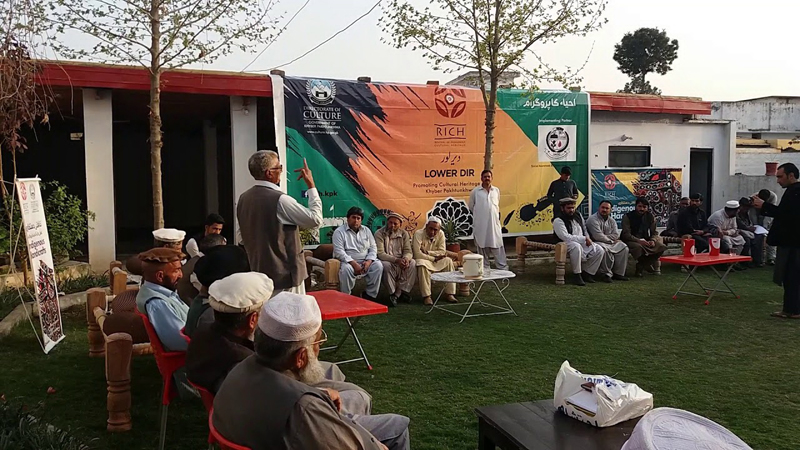 The term jirga has been derived from the Turkish word jirg, which means circle. It is called jirga in Pashto, majlis in Persian, panchayat in Punjabi and Hindi and faislo in Sindhi. Members of a jirga usually sit in a circle so that no one may be considered privileged or powerful. It is”a group of members of a particular sub-group of Pathans considering a matter of common interest.” It is like a court whose judges are nominated in equal number by disputing parties from amongst elders of repute.

Institutionalisation of jirga was introduced under the British Raj, giving it a sort of non-codified legality. The chosen method of the British Raj was indirect rule, under which such councils were encouraged as part of official patronage to win loyalties of tribal chiefs by handing over justice related issues and social governance to them. At that point, swathes of areas in what is now Pakistan were part of tribal belts. The most controversial of the laws were the Frontier Crimes Regulations (FCR), which extended to what is now Khyber Pakhtunkhwa and the former FATA.

An interesting aspect of the FCR was that proceedings of jirgas provided a sort of legality that served the British interests in the region. It was later modified in such a way that it demonstrated the cultural framework of the Pakhtunwali with an explicit purpose to cement the bond of British imperialism. The chief administrator of the region was either a political agent or a deputy commissioner who coordinated and participated in a jirga as a British representative.

The selection of a jirga’s members can happen in four ways: by the concerned parties, due to personal aptitude, by the community, and by government. In fact, the elders are not elected, nor do they have any legal or adjudicatory training. Mostly, they are respected elders with an established social status and reputation for piety and fairness. Types, powers and functions of jirga vary depending on the nature of cases.

Jirga dispenses speedy justice and is often more transparent, trusted and accessible than the state justice system. Furthermore, elders decide cases in accordance with the principles of traditions i.e. Pakhtunwali. The accepted traditions are deeply ingrained in the collective conscience of the people. The second important element for resolving disputes is religion. However, its importance is secondary to Pakhtunwali.

During the British Raj in the former tribal areas a political agent was empowered to nominate members for a government jirga. The sole criterion for nomination was that the elders and maliks were people loyal to government. They were given perks and funds. Education is not a requirement to be a jirga member even in this age of advancement. Clerics, being custodians of religion, often get a place in these councils. There is no limit on the size of the jirga as it varies from situation to situation, based on the nature, significance and sensitivity of the dispute.

It should be noted that in the Pakhtun society, each male Pakhtun member is almost equally qualified for his role as an intervener, as there are hardly any hierarchies among men in this system. It depends upon who can effectively handle a situation. These people generally have the characteristics of visible attendance in social events and regular presence in hujra in the company of elders. Knowledge of history and of Pakhtunwali is also necessary.

Jirgas in effect are supra-legal; not only do they decree punishments that are counter to national laws, they directly challenge the laws

While a member should generally avoid loose talk, he should be proactive in situations demanding attention. A good sense of humility, sympathy, respect and understanding, special traits of attending and offering condolences, and reaching out to distant villages for marriage and birth ceremonies are traits liked by the Pakhtuns. A jirga member should belong to a reasonably well off and a well known family. The willingness to sacrifice time, energy, and money for the sake of peace building is another characteristic of a jirga member.

One of the foremost positive features of a jirga is that it administers swift justice in a society challenged by frequent violence. In view of its peculiar social structure, one cannot afford to wait for snail speed disposal of cases by the state judiciary. Sometimes a small dispute may lead to loss of lives. Apart from petty family disputes, a jirga may help in resolving intra-tribal community-wide issues. Swift intervention of a jirga save the community from a surge in conflict and bloodshed. Jirga is an institution that imparts positive norms of social responsibility, reconciliation, protection of rights of the oppressed, and respect for justice and fairplay. Jirga dispenses justice to all and sundry irrespective of their social status, influence and wealth. Jirga is custodian of religious injunctions and the Pakhtun code of life: Pakhtunwali.

One of the negative aspects of the jirga system is that it has increasingly become the forum of medieval practices such as child marriages and barter of women for conflict resolution. Since jirgas are all-male collectives, they construct social legitimacy around anti-women practices. Some cases have occurred after the Prevention of Anti-Women Practices (Criminal Law Amendment 2011) law, under which the police are empowered to arrest guilty persons without a warrant. Role of Jirga dealing with swara has not only been criticised by people but courts have also taken cognisance of the matter. It is also a strain on its utility as a problem solving institution. It is also a violation of basic human rights defined by Islamic teachings and international human rights laws enacted by the UN.

Pakhtunwali is a male-origin and male-dominated code of life. Its interpretation and explanation is regarded a prime duty of men. This code of conduct conveys the message that women should only follow the verdict of a jirga. They are not entitled to intervene or challenge decisions taken by jirga members. Even in cases where a woman is the victim, or accused of a crime, she is seldom given the right to express her opinion regarding the matter, and her fate lies in the hands of the jirga elders.

On rare occasions, a woman may be represented by a male relative. Even then the decision is taken without consulting her. Exclusion of women and religious minorities from the informal justice system has been criticised by human rights activists globally. Another grave concern is human rights violations inherent in decisions made by a jirga.

In principle, jirga decisions are meant to be objective (as the jury is nominated by both sides) and unbiased (based on tradition, customs and religion), however, practically verdicts are based on what is acceptable to society, which frequently ends up infringing fundamental rights of women and ethnic/religious minorities of the community.

Jirgas in effect are supra-legal; not only do they decree punishments that are counter to national laws they directly challenge the laws. For example, where a woman is legally married to a man of her choice, a jirga may announce that both be killed because the marriage violates social norm. Some people, especially the poor and the downtrodden sections, complain that jirgas are not impartial. Corrupt practices in jirga proceedings greatly tarnish its image. It is accused of protecting interest groups and influential elites. Professionals are considered second-class citizens in a cultural setting. They have no proper representation in the proceedings.

Jirga violations of human rights are not confined to a geographic region, and are prevalent across the country. In recent years, some jirga members have started charging money from the parties concerned. This amounts at times to a fee and at times to a bribe. The amounts vary from case to case. The practice has seriously jeopardised the importance of jirga as a conflict resolution forum.

State’s legal system does not effectively address the flaws identified in the jirga system. Nor has an attempt been made by the social elites to address these issues in the face of new realities. A new social contract is needed to redefine cultural paradigms. Elders, teachers, clerics and civil servants can play their role in changing local perceptions and approaches.

The writer teaches history at the Quaid-i-Azam University, Islamabad