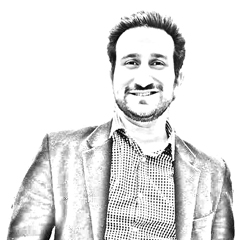 Recently an issue to which I given my grand postures of introspective intellectual pursuit would never deliberate on and rather save my time for more fruitful endeavors. But due to the tendencies of local media to focus on spurious details instead of conducting unbiased objective analysis, I feel this issue requires further analysis.

The issue that I am talking about is the infamous first public and now also legal spat between Meesha Shafi and Ali Zafar. For those who might not be avid followers of the Pakistan’s socially insulated bubble that is called the ‘entertainment industry’ would probably require some background.

Meesha Shafi and Ali Zafar are both part of this ‘entertainment industry’ of complexed pseudo-westernized brigade, and apparently have done everything under the sun including modeling, singing, acting and so forth. Almost a year ago, Ali Zafar who famously is a self-proclaimed “rockstar” was accused of sexual harassment by Meesha Shafi on social media. According to Shafi, Ali despite her posturing of being an empowered women who also happens to married, had continually sexually harassed her. Following the accusations, the social media landscape in Pakistan exploded as if the gates of hell had been opened. Some supported Ali Zafar, other were in Shafi’s ranks. Meesha Shafi’s accusations had apparently ushered in the age of Pakistan’s very own social media’s ‘me too’ movement, albeit in a country where only roughly 18% of population has access to any sort of internet.

Ali Zafar who is famous for his outspokenness was rather muted in his response initially and instead decided to take the legal route and sue Meesha Shafi for defamation. And now that a Lahore court has dismissed Meesha Shafi’s case against Ali Zafar, it’s as if as one gate of hell has shut and while another has opened. Ali Zafar a few days speaking outside the court to reporters asked Meesha to come a “face the court”.

In a country like Pakistan where women on a daily basis face unimaginable psycho-social tyranny any attempt at their liberation, misguided as it maybe, helps!

What most casual observers fail to see is the psycho-pathy that accompanies characters like Ali Zafar. The arrogant swagger with which he carries himself is open for all to see in his interview with the reporters outside the court. He in a heavy voice orders reporters to lower their microphones, pathologically tells seemingly half-truths and remains upright dismissive whilst reeking of toxic masculinity.

I am no fan or friend of Meesha Shafi, I hardly know the women outside her Coke studio gigs – nor am I there to hound Ali. But the fact remains that what we see in Ali Zafar is typical attitude that one finds in arrogant sociopaths who are self-proclaimed players. This outright psychopathic behavior and toxic masculinity often combined with low levels of intelligence are characteristic of self-proclaimed playboys that apparently transcends cultures and geographies. Anyone who has been within a 5 feet radius of a frat-boy in American colleges would testify to this reality.

Very well might be the case that Ali Zafar is innocent in this instance. But no one can reasonably deny the presence of douchebag-ness and toxic masculinity that he reeks off. But here in lies a corundum. One that is of utmost importance to address. Can we really blame Ali Zafar for his psychopathic tendencies? Time and again it has been recorded that characters like him stick to such toxic masculinity is because it works for them. Not to generalize, but anyone who disagrees with the fact that women are inherently attracted to toxic masculinity is living in denial and self-deceit. I am in no way condoning sexual harassment. But I also feel that it is of fundamental importance to conduct a psycho-social analysis of what makes characters like Ali Zafar act the way the act. Only then we can gauge a nuanced understanding of issues and possibly hope to rectify abnormalities.

I write this at the peril of being roasted by sections of keyboard warriors that populate the twitter landscape in the subcontinent, provided they find me significant enough! But to be honest I wouldn’t mind any such retorts – in a country like Pakistan where women on a daily basis face unimaginable psycho-social tyranny any attempt at their liberation, misguided as it maybe, helps!

But to say that in the insulated bubble that is posh-Pakistan the subconscious craving for toxic masculinity doesn’t play a role in begetting Ali Zafars, would be somewhat untrue. Unless and until we understand the psychological underpinnings that form our society we can’t ever expect to change constructively.

For now, the court – granted a diminutive sessions court, has dismissed Meesha’s claims, Ali Zafar has spoken, the ball is now in Shafi’s court – she has to face the music. And I have to go back to writing about people worth more of my time.

The writer is Graduate Student at Cornell University in the US