As the news emerged about the eruption of positive AIDS cases in juvenile victims in Ratodero, an adjoining town near Larkana city, the Sindh government should have declared a medical emergency, ban quacks and embark upon a series of investigations to reach the truth.

In the past few days, 13 children were tested and were found positive for human immunodeficiency viruses (HIV) in Ratodero, Larkana. A confirmation has also come from the concerned pathologist who heads the People’s Primary Health Initiative in the upper Sindh. Detailed reports are yet to be revealed, but there are serious concerns regarding results because quite often labs in the upper Sindh use sub-standard kits that tend to give false positive results. Therefore, verification by WHO standard kits is mandatory to draw a concrete conclusion.

Medical authorities admit that there are over 100,000 HIV-positive people in Sindh; however, the Aids Control Program has only 10,350 registered patients who are provided treatment. AIDS is a serious viral infection caused by HIV that attacks the immune system, increasing the risk and impact of other infections and diseases. It is highly surprising that people positive with an HIV infection are a carrier of this virus for the rest of their life and look normal otherwise. However, as the infection goes chronic, symptoms start appearing. Without treatment, the infection might progress to an advanced disease stage called AIDS. 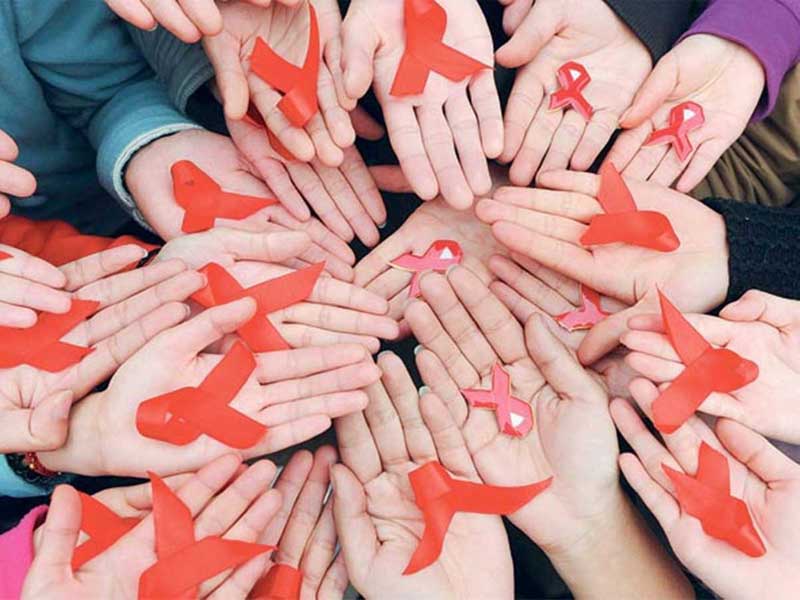 However, modern advances in treatment have shown that people living with HIV in countries with access to healthcare facilities very rarely develop AIDS once they start to receive treatment. Moreover, life expectancy of a person who carries the HIV virus is reported to approachthat of a healthy person, subject to the condition, provided an HIV positive person adheres to a combination of medications called antiretroviral therapy (ART) on an ongoing basis.

WHO states that a person living with HIV can resume a high quality of life with treatment and that 20.9 million people worldwide were receiving ART as of mid-2017.

There has been much debate on how this infection started. One strong hypothesis points to interaction with monkeys for sexual purposes. Polygamy, homosexuality, use of a used syringe, blood transfusion without screening, and sharing of a toothbrush, bath towel and razor are other reasons for the spread of HIV infection.

One more factor has largely been ignored. A person who is part of a medical team involved intreatment and care of patients is always at risk. A doctor or nurse, while looking after a symptomless AIDS carrier person, may get an infection. A female doctor after getting contamination can transfer the virus both to her legal partner during sexual contact and her unborn baby through the placenta before birth and through breastfeeding after birth.

There are so many misconceptions associated with AIDS, and therefore there is a need to educate masses to adopt measures to avoid bio-contamination

Larkana has a civil hospital that includesa gynecology ward under the CMC college, now the Benazir Bhutto University of Medical and Health Sciences. There is also a mushroom growth of medical centres.

It is difficult to find out the cause of contamination; however, there is dire need of adoption of preventive measures with strict observance of bio-safety ethics.

There isa huge number of fake doctors who know nothing of bio-contamination; they are a potential source of spreading the infection. The city administration, particularly health authorities, must investigate the matter before it becomes a bigger issue.

A jail could be another potential site of contaminations. Prisoners are always under stress, and some of them could become addicted to drugs. It is generally seen that one injection is shared among prisoners. If anyone is infected, a contamination may pass on and even after they are released, as the person is a carrier of the virus and apparently looks normal he could pass on the contamination to others.

Larkana is not an exception. There could be a place of prostitution from where a contamination could have started.

Generally the symptoms are very confusing. Nausea,swollen lymph nodes, mouth ulcers or ulcers on genitals, muscle aches,joint pain, vomiting, and night sweats are common. These symptoms are also seen in other infections, and only a blood test may reveal the truth

After the initial symptoms disappear, HIV may not cause any additional symptoms for months or years. During this time, the virus replicates and begins to weaken the immune system. A person at this stage won’t feel or look sick, but the virus is still active. They can easily transmit the virus to others. Therefore, early testing, even for those who feel fine, is very important.

There are so many misconceptions associated with AIDS, and therefore there is a need to educate masses to adopt measures to avoid bio-contamination.

These measures can help reduce the risk of contracting HIV:

Use condoms. When used correctly, condoms are highly effective at protecting against HIV.

Avoid intravenous drugs. Try not to share or reuse needles. Many cities have needle exchange programmes that provide sterile needles.

Take precautions. Always assume that blood might be infectious. Use latex gloves and other barriers for protection.

Get tested for HIV. Getting tested is the only way to know whether HIV has been transmitted. Those who test positive for HIV can get the treatment they need as well as take steps to reduce the risk of transmitting the virus to others.

The writer works in the Department of Parasitology of Sindh Agriculture University, Pakistan