KMC employees won’t get salary for May, June 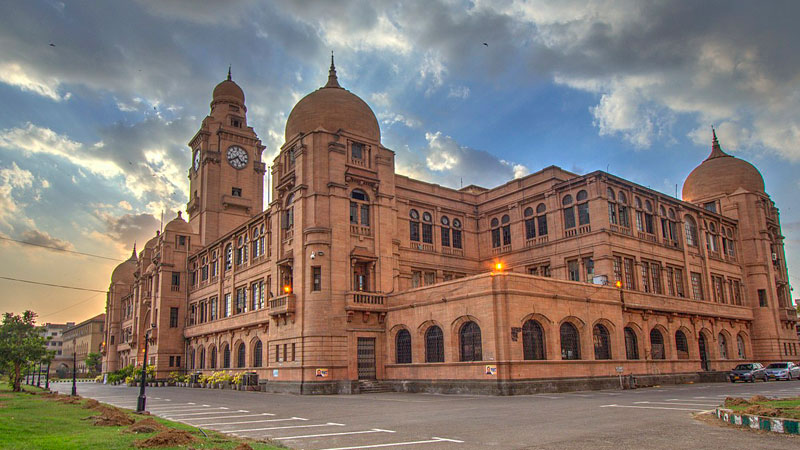 Around 14,000 employees of 23 departments of the Karachi Metropolitan Corporation (KMC) will not be paid their monthly salary for the months of May and June 2019, officials of the Finance Department of the civic entity revealed on Saturday.

KMC employees said that due to shortfall in the monthly financial assistance of Rs 591.04 million under two heads – Rs 161.04 million in lieu of Octroi Zila Tax (OZT) and Rs 430 million as grant in aid – they would not be paid the last two salaries of the current fiscal year.

On other hand, Karachi Mayor Wasim Akhtar said that many problems of city would be resolved if the KMC got Rs 600 million from its OZT share. He said he wanted the bureaucracy to do their work, but they were highly reluctant to do so.

The KMC has been facing a financial crunch for the past three years due to less receivables from the Sindh government, officials of the KMC’s Finance Department said.

The KMC’s total monthly expenditures stand at Rs 661.891 million, while the shortfall is around Rs 70.856 million per month, they revealed.

Salaries of 14,000 employees come to a total of Rs 642 million per month, while other expenditure are: grant to the Karachi Medical and Dental College (KMDC) to the tune of Rs 45 million per month, stipend for PGs/house job doctor/nurses (Rs 20 million), fire risk allowance (Rs 24 million), financial assistance (Rs 4.5 million) and present annual increment impact (Rs 14.5 million), besides Rs 100 million for payment of commutation to retired employees, they added.

They said that the KMC was in dire need of Rs 1.172 billion per month for meeting its expenditures, and added that the civic body had been facing a shortfall of Rs 581.73 million per month.

At present, distribution of OZT and Zila Tax stands at 33 percent or Rs 172.77 million per month.

In this situation, it was astonishing that funds being released by the Sindh government in fiscal year 2018-19 under the head of OZT share were further reduced to Rs 161.04 million, while special grant in aid was Rs 430 million. This comes to a total of Rs 591.04 million per month.

The KMC’s OZT shortfall is Rs 581.735 million, and if the Sindh government pays this amount, there would be no need of the special grant in aid, they added.

“The Sindh government is not willing to resolve this issue, and in addition, it was not resolving issue of the provincial finance commission award. Awarding of these two would definitely resolve the financial crisis of the civic entity,” an official said.

KMC Finance Advisor Dr Asghar Abbas said that according to the 1999-2000 OZT budget estimates, around Rs 71 billion budget estimates were made by the Sindh government for the entire province.

He said that of those estimates, Karachi had a share of 60 percent, and out of that amount, the KMC was entitled to get Rs 14.65 billion, he said.

Moreover, he said that six district municipal corporations’ share was estimated at 67 percent, amounting to Rs 28.57 billion, and added that according to this formula, collection of Octroi charges had to be increased at the rate of 15 percent per annum, as per the practice.

Asghar lamented that the Sindh government had usurped the KMC’s powers of revenue collection, which resulted in an annual shortfall of Rs 1.5 billion. The taxes include local tax advertisement, property tax, entertainment tax and trade licence fee.

He further said that the KMC was entitled to collect base trans-receiver stations (BTS) towers fee from telecom companies, according to Schedule-V (Part-I) of the Sindh Local Government Act, 2013, but the Sindh Building Control Authority was collecting this fee illegally.

He said that DMC Malir and the District Council Karachi were collecting licence fee on mulching animals, which used to be a KMC tax in the past.

He said that toll tax on the Super Highway and the National Highway was also being collected by DMC Malir and District Council Karachi.

He said that according to the Sindh Local Government Act, 2013, the KMC had the right to collect fee on entry of animals in the cattle market, but this tax was also being collected by DMC Malir and the District Council.

He said the charged parking fee collection has illegally been bifurcated between the DMC and the KDA, while the right to collect commercialisation fee on KMC roads had been taken away from the entity and was now being collected by the SBCA.