The science of climate change

The term global warming has long been used for long-term changes in worldwide weather patterns. It is still used interchangeably for climate change. The most trusted and well accepted data in this regard comes from the Inter-governmental Panel on Climate Change, established by World Meteorological Organization and the United Nations Environment Programme.

Most of the environmental scientists believe today that climate change is a man-made change driven by greenhouse gas emissions, especially carbon dioxide. There is no disputing the fact that global average temperatures are rising and contributing to natural disasters. 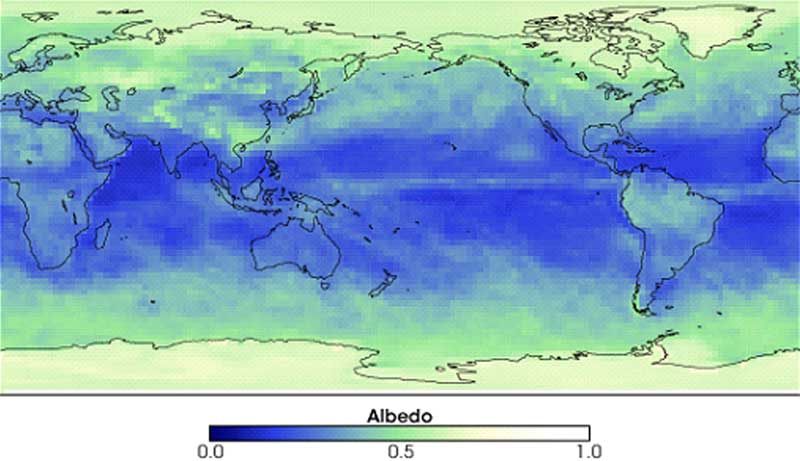 Sun’s energy heats up the earth during the day. At night, the earth radiates some of this energy and cools down. However, the greenhouse effect traps some of this radiant energy. Without a greenhouse effect, the temperature on earth would fall to -18 degrees Celsius, which wold be unbearably cold. Water vapours, carbon dioxide, methane, nitrous oxide, ozone, chlorofluorocarbons and hydrofluorocarbons are the major greenhouse gases.

The weather is governed by five key parameters: air and ocean temperature, air pressure, air velocity, air density and moisture. Dr Christopher Budd, a professor of applied mathematics at the University of Bath, and professor of geometry at Gresham College, explains that these parameters are affected by solar radiation, earth’s rotation, gravity, mountains, vegetation, ice and greenhouse gases.

The energy received from the sun consists of incident radiation minus the reflected short wavelength radiation. The reflection fraction is called albedo. Higher the albedo, lower the absorbance of heat and lower the global warming. Albedo is assigned a value of zero in case of no reflection and 1 in case of total reflection.

Carbon dioxide emissions are a major reason for climate change. They can be controlled and reduced. This seems to be the way to avoid a climatic catastrophe

The average global temperature increases with a decrease in albedo and emissivity of the atmosphere. The emissivity of a surface is its effectiveness in emitting energy as thermal radiation. A near perfect blackbody will have a very low albedo (approaching 0). A white body on the other hand, will have an albedo approaching 1.

Earth is neither a perfect blackbody nor a white body. It absorbs as well as radiates heat energy. Some of the heat it radiates (long wavelength) gets absorbed in the blanket of greenhouse gases. As the concentration of greenhouse gases increases, the blanket thickens. This lowers the emissivity of the atmosphere. The emissivity of the atmosphre with a carbon dioxide concentration of 200 parts per million is 0.194, at 400 ppm it is 0.14, and at 800 ppm 0.085.

Earth’s average albedo is 0.3. It depends upon the planet’s physical characteristics and varies from location to location depending upon the medium present. The lowest Albedo of 0.03 is for water and the highest for ice-sheets (up to 0.95). This means water can absorb almost 97 per cent of heat, whereas ice-sheets can absorb only 5 per cent. It is reported that the Clouds and the Earth’s Radiant Energy System has detected an albedo decrease of 0.0027 between 2000 and 2004. Recent studies have shown a decline in albedo in the Arctic circle.

The lowering of the emissivity of heat radiations due to an increase in the concentration of carbon dioxide is the most vivid scientific evidence of man-made global warming. Carbon dioxide emissions are thus a major reason for climate change. A rapid melting of ice sheets is lowring the average albedo of earth. Temperature, emissivity, albedo and densities of greenhouse gases are interconnected. They cannot be controlled or altered artificially at global level. However, emissions of greenhouses gases can be controlled and reduced. This seems to be the way to avoid a climatic catastrophe.

The image is taken from NASA Earth Observatory (https://earthobservatory.nasa.gov/images/5484/earths-albedo-in-decline).

The writer is a teacher at Dawood University of Engineering and Technology, Karachi