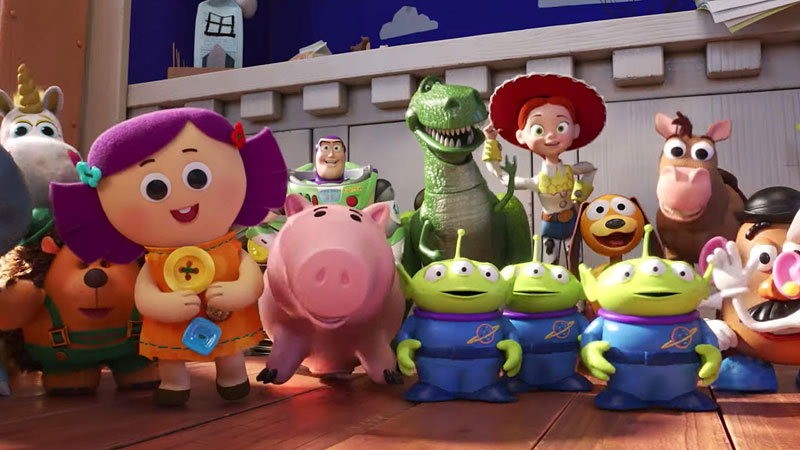 The ‘Toy Story’ gang is back together on a new wild adventure, facing off with a most fluffy obstacle in the upcoming fourth film. On Thursday, Disney-Pixar released a new 30-second teaser for ‘Toy Story 4’, which opens up with Woody telling the gang they’re going on a road trip. Their adventurous journey with new owner Bonnie reaches new heights when Woody and his long-lost friend Bo Peep reunite. ‘Toy Story’ fans got a first look at the return of Woody’s former partner earlier this year, where she debuted her new look in pants. Meanwhile, old-timer Buzz Lightyear is found in a tough situation again separated from the group. In the new teaser, we see him trapped against a carnival game wall of prizes, unable to escape. The ‘Toy Story’ gang, however, seems to have come face-to-face with their biggest challenge yet—a toy-killing cat. The 30-second TV spot shows Woody and the others watch in horror as a cute fluffy cat leaves the remains of a torn up stuffed toy.