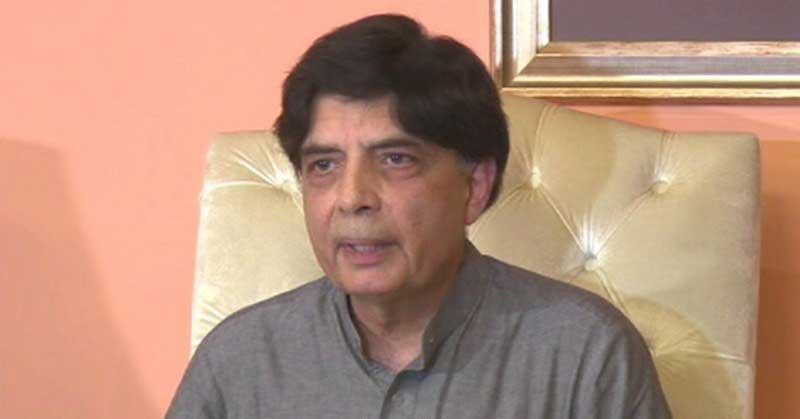 Former interior minister Chaudhry Nisar Ali Khan is likely to meet Pakistan Muslim League-Nawaz (PML-N) President Shehbaz Sharif in London. According to media reports, Chaudhry Nisar decided to revive contacts with the PML-N after the rejection of his narrative of resistant politics. In this regard, his first meeting with the PML-N president is likely to take place in London. Nisar is likely to take oath as a member of the provincial assembly after April 24. However, he will make this decision after his meeting with Shehbaz Sharif. It is pertinent to mention here that Nisar contested election as an independent candidate, but he could not succeed on the National Assembly seats. However, he succeeded in securing a provincial assembly seat, but has not taken oath so far.