For now, the dust has settled on Parachinar, at least until the next time it is visited by terror. To the credit of the battle-scarred residents and their exemplary non-violent protest, they managed to force a visit from the COAS and affect the dismissal of the FC Colonel responsible for opening fire on the protestors. For now, the protestors have dispersed; yet the entire episode makes it clear that larger questions about the underlying causes of such violence remain unanswered, amid a political environment that is hostile to discussion about them.

How, for one, is it acceptable that for 7 days, the Pakistani electronic media blatantly refused to cover mass protests in the aftermath of an attack that targeted and killed nearly a 100 Shia Turis and constituted the seventh such attack in Parachinar in just 6 months? Perhaps it is unreasonable to expect basic human empathy for the victims by media moguls, but surely our ratings-obsessed television channels could have thought it worth their while to cover non-stop protests by thousands? Some of course chose self-censorship; but the fact that some committed journalists were turned away at the gates of Kurram Agency only deepens the suspicion that state censorship was involved. The reason protestors were able to get their voices across to the civilian and military leadership was their use of social media to circumvent the mainstream media blackout.

Then there is the question of who was able to visit the protestors. Shamefully, the Prime Minister did not. Imran Khan did ultimately turn up, though for barely a few minutes and to offer little except the stale mantra of how sectarianism in Pakistan is the result of an ‘international conspiracy’. Tellingly, politicians critical of Taliban militants and state policies in FATA — such as Mian Iftikhar and Faisal Kundi — were not granted the required ‘security clearance’ to visit the city despite their attempts to enter.

Perhaps most disturbingly, there was the rabid response from sections of the right-wing press and ultra-nationalist ‘defense analysts’ who, barely days after the disaster, began to accuse Pakistani Shias wholesale of bringing the carnage upon themselves through their supposed traitorous collusion with Iran.

The response of Pakistani officialdom pandered to similar paranoia. Chaudhry Nisar, nowhere to be seen after the actual attack, resurfaced to order the FIA to act against those trying to ‘give a sectarian color’ to the incident. A vaguely-worded press release from ISPR blamed enemy states and social media for trying to fragment the country along ethnic and sectarian lines.

Chaudhry Nisar, nowhere to be seen after the actual attack, resurfaced to order the FIA to act against those trying to ‘give a sectarian colour’ to the incident

There is little doubt that unfriendly states in the neighborhood — none of whom are led by saints — do foment violence in Pakistan for their own strategic objectives. But what such accusations of foreign conspiracies divert from is why these external enemies are so easily able to find large numbers of armed fanatics in the country willing to commit mass murder on religious and sectarian lines; and why certain regions and minorities are disproportionately and repeatedly the target of these attacks.

For those familiar with the bloody history of Kurram, it is clear the uncomfortable answers to these questions related directly to longstanding security policies. The state in Kurram, while not speaking an overtly sectarian language, has actively disadvantaged and endangered the minority Shia community in pursuit of strategic objectives in Afghanistan.

For decades, ignored by the mainland majority, Kurram has been a microcosmic symbol of the devastating consequences of strategic depth. The Shia-majority agency bordering three Afghan provinces has long been a region of geographic importance for the establishment, particularly since the Afghan Jihad when it was used as a training ground for the Mujahideen. From then onward, the list of the state’s excesses in Kurram (as documented in a recent, well-researched historical account by Hurmat Ali Shah) is long and damning: from the settlement of thousands of Afghan refugees in the agency by Zia to reduce the Shia-majority; to allowing the unchecked use of the area by the Haqqanis and other Taliban groups despite the local population’s opposition; to standing by when Turi Laskhars fought off Taliban attacks by themselves; to somehow allowing non-local anti-Shia sectarian groups to carry out brazen attacks despite crippling curfews on locals; and more recently, to opening fire on protestors demanding justice.

It is undeniable that for far too long, the violence in places like Parachinar has been acceptable collateral damage for the state’s strategic imperatives in Afghanistan. Bringing up these issues has nothing to do with being traitorous or anti-state; it is about questioning the wisdom of policies that have repeatedly resulted in human tragedy.

For decades, it has been received wisdom in Pakistan that matters of defense and foreign policy are best decided by a small clique of security officials within a decisively opaque and closed decision-making process. There is nothing particularly scientific or rational about this belief — it is an unfortunate peculiarity borne of our particular colonial and institutional history that has been justified in the name of necessity or a jingoist Pakistani exceptionalism. These policies must now be opened up for democratic debate.

As the citizens of Parachinar have demonstrated, if Pakistan is to come to grips with the menace of extremist violence, it will have to allow ordinary citizens, particularly those directly affected, to be able to debate and challenge these policies without fear of retribution. Denial through censorship will do little to stem the bloodshed.

The writer is a researcher in gender, development and public policy and a political worker for the Awami Workers Party. He tweets @ammarrashidt 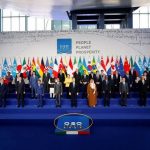