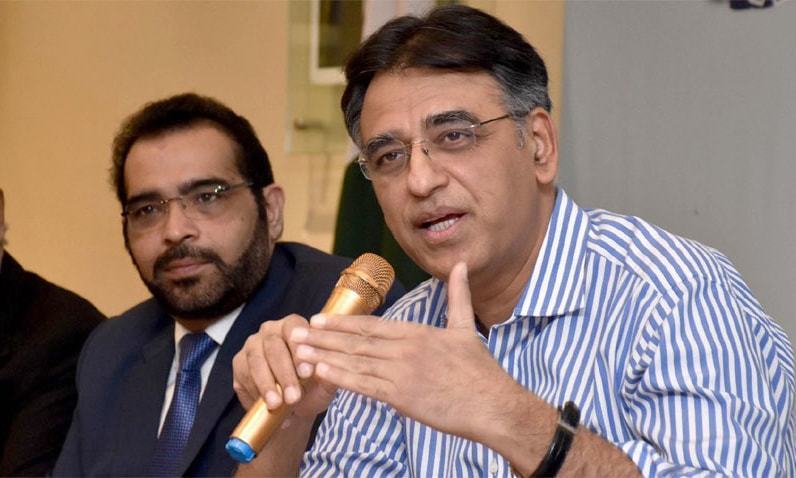 The tableau of constant U-turns by the Pakistan Tehreek-e-Insaf (PTI) government is still on display. The composition of the cabinet has indeed changed even though the ever-eager Pakistan Electronic Media Regulatory Authority (PEMRA) served legal notices on some media outlets on April 16. This action was taken over the airing of a news item regarding a possible cabinet reshuffle.

The PEMRA remained insistent that the report on the cabinet reshuffle was “fake news”. However, the “fake news” allegation is now proved to be completely unfounded after the departure of the finance minister from the cabinet. Asad Umar has now stepped down from his post and refused to take the new portfolio of the energy minister. While showing complete faith in the leadership of the prime minister by declaring him the “best hope for Pakistan” on Twitter, the former minister also announced that he had obtained the PM’s consent to decline the offer of a new ministry.

With Asad Umar now having receded to the background – at least for now – the focus has shifted to a legal drama entangling the PEMRA and its eagerness to issue a show cause notice over a news item that turned out to be “not-so-fake” after all. Both the PEMRA and Information Minister Fawad Chaudhry had been irked by the news items aired by some media networks regarding a cabinet reshuffle. Fawad Chaudhry himself has now lost his portfolio and will use his ‘expertise’ in science and technology. In tandem with the information minister, PEMRA declared the news to be false and claimed that both the channels were in sheer disregard of the Electronic Media Code of Conduct 2015 and also liable for a violation of PEMRA Ordinance 2002 and PEMRA Rules 2009. The media outlets were also instructed to respond within seven days, and the chief executive officers (CEOs) of both outlets were told to ensure personal appearance or to send their respective representatives at PEMRA’s headquarters in Islamabad on April 22.