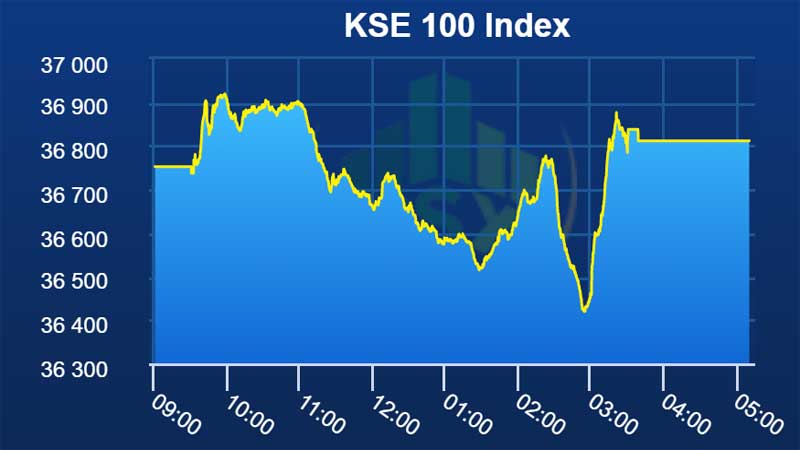 The local bourse took a roller coaster ride after making a high and a low of +167 & -333 points, respectively. An equity analyst at IIS securities said KSE-100 index remained positive in initial hours of the session on SBP’s clarification on Treasury Single Account (TSA) which is in examination phase and will only be implemented after assessment of its impact on the banking sector. But the index turned volatile after Finance Minister Asad Umar announced his resignation.

“The shock resignation of the Finance Minister, Asad Umar, at the final stage of IMF negotiation left the stock market in turmoil. Benchmark index dipped over 333 points in mid-day trading, as the news of resignation break, however, the bourse recovered more than 391 points in later hours”, said an equity analyst at AAH Research.