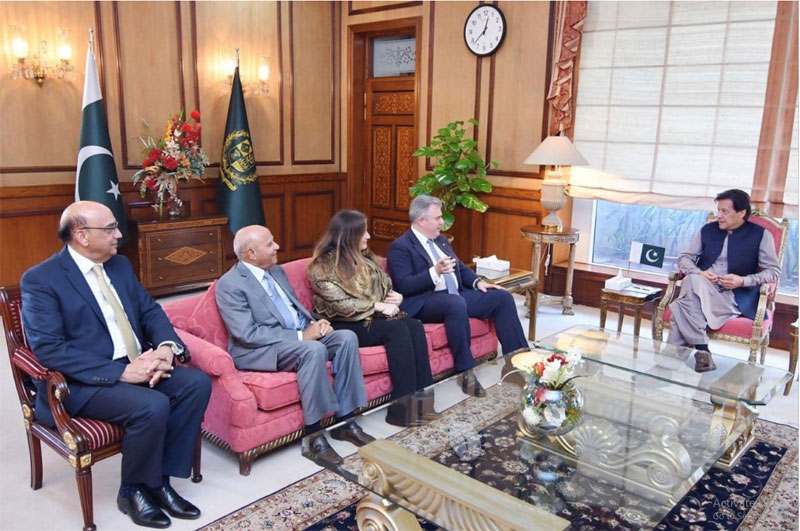 Mr. Lewis also took time to visit Faisal Mosque, the Pakistan Monument, and had a working lunch with the Islamabad Chamber of Commerce.

During his meeting with Prime Minister Imran Khan, Mr. Lewis discussed the UK’s longstanding relationship with Pakistan based on shared values and a commitment to economic development and mutual prosperity.

The thriving partnership between our two nations focuses primarily on trade and investment, the importance of which has been reinforced in the meetings Mr Lewis has had during his visit. During these meetings, Mr. Lewis also noted that the Pakistani diaspora in the UK is a powerful economic force and a valued part of the fabric of British society. Mr. Lewis agreed with the Prime Minister, Imran Khan, when he said that irrespective of the UK’s exit from the European Union, there is excellent potential to strengthen established trade and investment ties between our two countries.

Commenting on his visit, Mr. Lewis said: “I have been delighted to be able to come to Pakistan and meet with the President and Prime Minister to discuss the relationship between the United Kingdom and Pakistan. The UK and Pakistan have a long and proud shared history and I believe there is a great opportunity to build on this established foundation politically, socially and economically. It is my first visit to Pakistan and I have been astounded by the beauty of the country and the kindness and generosity of its people, I very much look forward to returning in the future.