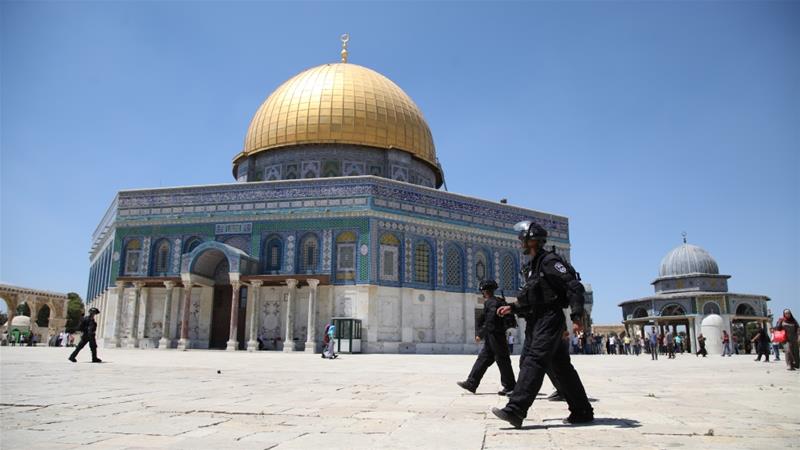 One of the structures in the Al-Aqsa Mosque in Jerusalem has caught fire on Monday night at the same time a massive blaze was ravaging Paris’ Notre Dame Cathedral. The fire was put out quickly with no injuries reported.

“The fire broke out in the guard’s room outside the roof of the Marwani Prayer Room,” Wafa news agency said, noting that the “fire brigade of the Islamic Waqf handled the matter successfully.”

Footage posted on social media showed smoke rising from the top of the Marwani Prayer Room, also known as Solomon’s Stables, as firefighters tried to extinguish the flames on top of the Temple Mount, the third holiest site in Islam that has been at the center of the ongoing Arab-Israeli conflict.

While the cause of the incident has yet to be determined, Sheikh Azzam al-Khatib, director general of the Jerusalem Waqf and Al-Aqsa Mosque Affairs Department, hinted that the fire could have been started by children who were seen playing in the area.

Responding to the incident, Palestinian President Mahmoud Abbas warned anyone against targeting the holy site, stressing the need to preserve the compound’s “great religious and humanitarian value.”

No interior damage nor casualties were reported from the fire, which was overshadowed by the Notre Dame inferno in Paris that destroyed much of the Gothic cathedral’s roof before firefighters brought the flames under control, saving the remaining two towers and parts of the interior of the iconic French landmark.