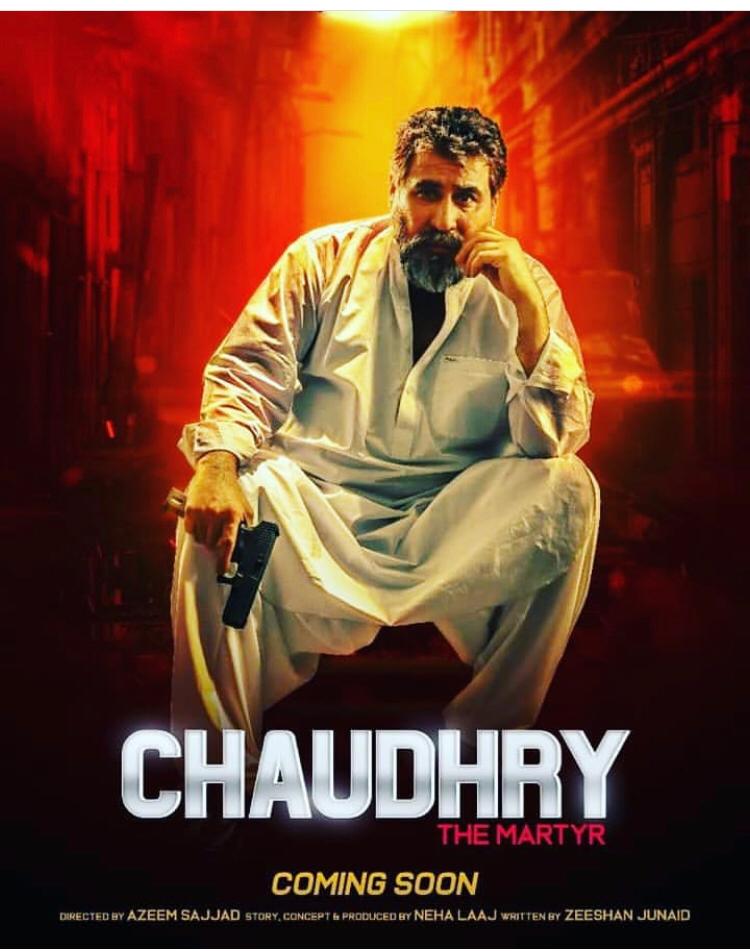 The poster for the upcoming film ‘Chaudhry The Martyr’ has been revealed. The action blockbuster is a biopic on the life of SP Mohammad Aslam Khan who was also known as Chaudhry Aslam.

The lead role is being played by Tariq Islam who was a close friend of the deceased officer and is himself a DSP. He conducted many raids with Chaudhry Aslam against terrorists.

The film is being directed by Azeem Sajjad and produced by Neha Laaj.

The poster features the powerful image of the bearded Tariq Islam in shalwar kameez as the martyrd SSP.

Chaudhry’s life is scripted by Zeeshan Junaid and the cast also includes Gia Ali and model Zara Abid, who is making her acting debut.

Popular action hero Shamoon Abbasi is playing Chaudhry’s cop friend in the movie. Supporting the film’s accurate portrayal of events, Shamoon Abbasi revealed that his character is based on a real-life policeman who was among those martyred in the blast that occurred on the Lyari express highway.

Famed encounter specialist SP Aslam Chaurdhy, a police officer who fought against crime in the city, served the police department for 30 years. In 2004 the officer was selected to lead the Lyari Task Force and given the job of ending the gang violence in Karachi’s infamous district. Aslam Chaudhry was killed in a bomb blast along with two other officers and driver. SP Aslam Chaudhry was honored with a PPM (Pakistan Police Medal) and QPM (Quaid e Azam Police Medal) for his outstanding bravery in fighting crime.