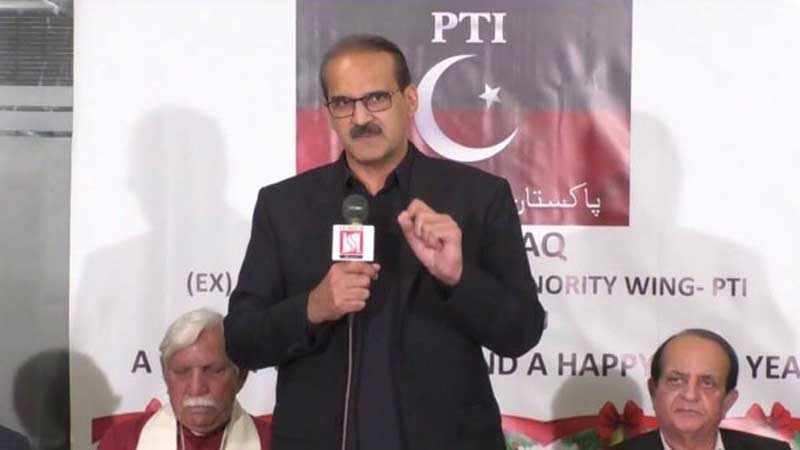 Federal Minister for National Health Services, Aamer Mehmood Kiani, on Sunday, took notice of the air pollution in Islamabad as he requested Prime Minister’s Advisor on Climate Change to carry out an air quality assessment.

This was directed to take necessary measures to protect the health of residents of Islamabad.

The health effects caused by air pollution may include difficulty in breathing; wheezing; coughing; asthma and the aggravation of existing respiratory and cardiac conditions.

The effects of poor air quality are far reaching, yet, it principally attacks the body’s respiratory and the cardiovascular system.

Air pollution is said to be a factor that you can not control through a healthy lifestyle.

To address the grave situation, a rapid assessment of Particulate Matter 10 and 2.5 might be measured in different locations in high industrial zones of I-9 and I-10 in Islamabad. The particulate matter in industries would be measured through Haz-dust EPAM (Environmental Particulate Air Monitor-5000), which is available with Environmental Protection Agency, Ministry of Climate Change, Islamabad.

EPAM-5000 is a portable instrument considered best to measure the indoor environment and ambient air monitoring.

We do not have any funding available to cover the expenses to hire the staff and this instrument from EPA, the minister added.

He, therefore, called for the advisor’s kind support to help measure the particulate matter levels in different areas of the city.

Kiani noted, “It is my personal interest, and I want to inform the Prime Minister Imran Khan about the health effects of the industrial pollution in Islamabad so that highest possible level of political commitment is achieved to deal with this issue in Islamabad first and across the country, later.”

“You are requested to direct the EPA to extend their full support to the investigators of the Health Services Academy, Islamabad,” he urged the PM’s Advisor.