Will peace ever prevail in Afghanistan?

Sipping latte in the comfort of my home, I wonder whether peace will ever prevail in the war-torn Afghanistan. Will the millions of homeless Afghans have an opportunity to live in peace with the neighbors?

On January 25, United States, the lone superpower, decided to start talks for a durable peace. The media carried many statements expressing hope for progress in talks with the Taliban. No one talked about the destruction since the US chose to put boots-on-the-ground.

Afghans have always been able to outlast external powers. The US came seeking revenge for the 9/11 attacks and stayed on to ensure world peace. It would now appear that the non-state actors in Afghanistan have won their battle against the super power. 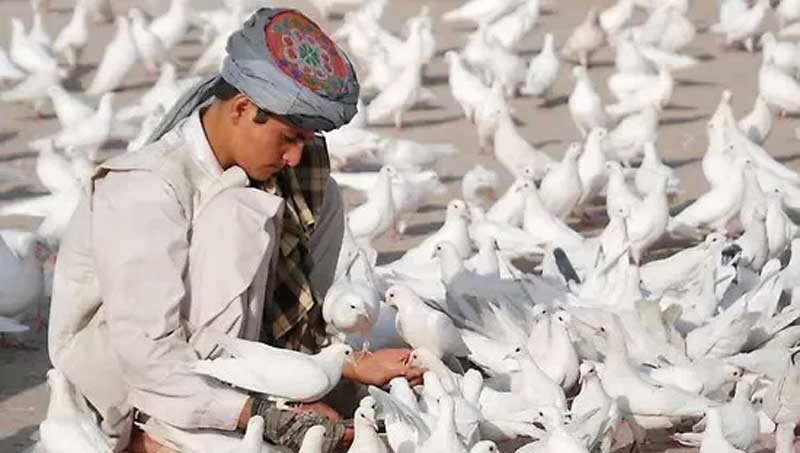 However, I am afraid that unless the deep-rooted issues in the Afghan society are resolved, the talks will end without significant headway. A power vacuum in Afghanistan has always been explosive.

Political stability in Afghanistan can revive hopes for peace in this region. But can a sustainable peace be achieved in Afghanistan?

The external threats appear to be drifting away from Afghanistan. However, this does not say anything about the internal security situation. Even as external forces move away, the role of external players looms large and will be consequential for peace and stability in Pakistan as well as Afghanistan.

Afghan tribes are deeply divided, in some cases quite bitterly so. The US exit could be followed by an escalation of conflict among the tribes. The Afghan society is a lot different from any other in the world so that conflict resolution models that have been successful elsewhere may not be helpful.

The conflict resolution approach used in Ireland is not suitable in Afghanistan. The patterns are different. There is a pressing need for a strategy to reduce the state violence against local forces. Confidence building measures are needed to initiate a healthy dialogue between the state and the tribesmen

Afghans follow an ancient system attached more to ethnicity than to the state. Ethnic identity is thus akin to a nationality. The dominant ethnic groups in Afghanistan include Pashtuns, Tajiks, Turkmen, Baloch, Uzbek, Hazara, Nuristani and Aimaq. Ethnicity is upper most in the life for all of them. They are more connected within it than being a citizen of a modern state. It can be hypothesized that once the United States leaves Afghanistan a civil war like the 1990s could follow. There will be a huge power vacuum so that the dominant ethnic groups could remain at daggers drawn.

A way out could be a fresh national dialogue where prominent tribal leaders can discuss their concerns. A national government is sorely needed. It could reach an amicable distribution of power among tribes, ceding central authority to the state. It could also help prevent an ethnic war. An ethnic clash in Afghanistan will almost certainly destabilize Pakistan.

Understanding the nature of the conflict is key to resolving it. The United States clearly handled the conflict an inappropriate way. It never understood the nature, dimensions and dynamics of the Afghan conflict. This was one of the major reasons why the world’s most well-equipped force failed to achieve its objectives. The ignorance was also responsible for the huge collateral damage.

The conflict in Afghanistan is unique in some ways. It is not a mere insurgency. Over time it has transformed into a hybrid war. It should be clear that the approach used to resolve the Ireland conflict is not be suitable for Afghanistan. The patterns are different. There is a need for strategy to reduce state violence against local forces. In the initial phase there is also a need for credible confidence building measures to initiate a healthy dialogue between the state and the tribesmen for the resolution of political issues. A reconciliation process among the tribes needs to follow.

No remedy will work without a sound understanding of the malaise. After identification and recognition of their grievances the tribesmen must be heard on their ideas of how the issue should be resolved. There will be no peace in Afghanistan and the region without this.

Peace in Afghanistan is very important for Pakistan for strategic reasons as well as ethnic kinship. A bleeding Afghanistan will catalyze more insurgencies in Afghanistan and keep Balochistan on the boil. For peace to become a reality in Afghanistan and the region the conflict transformation and conflict resolution approaches need to be redefined to fit the needs.

The writer is a student of peace and conflict in Islamabad