A country without libraries 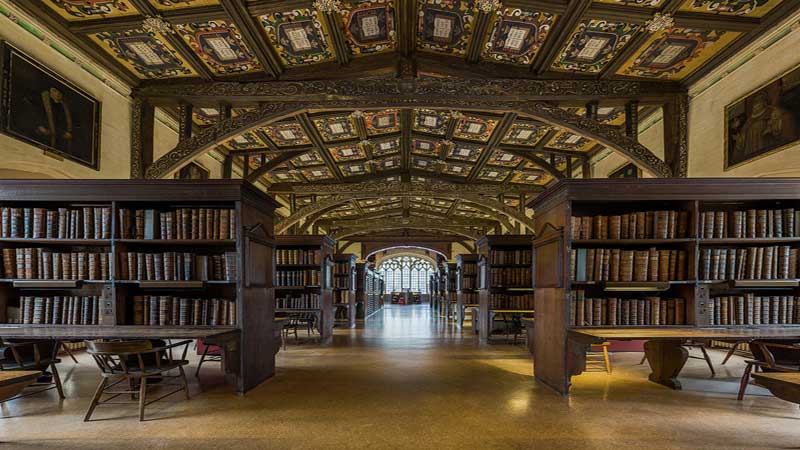 The 21 Century is called a century of peace and education explosion. Everyone wants to avail opportunities but in Pakistan, there are none. The institutions’ libraries are not managed and are not functioning well.

Special libraries are those, which are only present to provide knowledge to the public. Only a good library can create a culture of reading.

Libraries are those places where people can get answers for even the most difficult questions. Once Neil Gaiman said, ” Google can bring you back 100,000 answers, a library can bring you back the right one.” A library develops from time to time, the same case of society. An informative society demands objectives of the entire institutions one which work with knowledge, information, culture and other important things. In developed countries libraries are having great value and respected, as they are full of reading good books, about good behaviour and friendly and welcoming.

Libraries are established in areas where there is peace and quiet. You will never find a library in a commercial area. Libraries in developed countries are countless. Libraries play a vital role for the development of a nation and are also sources of knowledge and power. They are best way for the poor to study there, who cannot afford to read in any institutions. Unfortunately we do not have quality libraries and are failed to create a cultural of reading in our society. The small kids are interested to watch movies and play games, instead of reading books. In reality, the development lies in education, knowledge and advancement in technology. And libraries are established for the systematic collection, organisation, preservation and information. It is very important to keep these things in the libraries but we are totally failed. Pakistan has a lot of lack studies. Young students are just wasting their times and no culture of reading or getting knowledge. The big reason of this non-interest in studying is the lack of libraries and lack quality education in the country. Libraries are too much less in number for the high populated country. If libraries are present, there fees is not affordable by every common masses. Only rich students are able to read in expensive libraries, otherwise poor are just having poor libraries where is lack of books and quality systems? Some students are also interested to study in libraries to gain more but failed to have knowledgeable libraries.

The best way to create a proper environment, the schools, colleges and universities should be provided proper libraries, which could improve the students and their societies. Libraries plays vital role for the prosperity of any nation because it is the base of educating one. People would like to visit libraries for reading rather than wasting their times in misused things. In spite of that, some private schools libraries are well managed and students are getting full advantages of the special books in the library. Unfortunately the government schools are deprived from libraries if there; they are in worst conditions, where no one is ready to study. The government schools should seek lessons from private schools than no one would hesitate to send their children in government schools. For the purpose of it, in Pakistan every student should be given equal rights and facility. The students of government schools would not be complex from private schools students.

Libraries are established in areas where there is peace and quiet. You will never find a library in a commercial area. Libraries in developed countries are countless and play a vital role for the development of a nation as they are sources of knowledge and power

The youth is the future of our country; we have to prepare our youth for future. If youth is deprive to prepare them for Pakistan’s future, it would be hard for the upcoming generation to enhance their way of living or survive in a high society. For the aim of youth’s future, they should receive quality libraries. Only libraries are enough, youth should be facilitated with improved and advance libraries otherwise the education system in Pakistan will always remain backward. Government is failed to pay any attention, to improve the libraries in the country. They are taking loans and receiving funds but questions are rising, where the need of libraries gone? Can’t they take funds for improving libraries to build our future? Today Pakistan is included among those countries, where education is going toward backwardness and no attention is being made. The neighbour country of Pakistan, India is thinking about the future of her students and Indian government has been successful to provide the whole facilities to his students to compete with other countries and also can take part in big races of life. Still where are we? What are we thinking? It has been proved that Pakistan is not interested to educate the youth. Apart from this, youth should pay attention toward political and international events. It is very essential for the youth to know about the international events, what is going on? What is going to happen? Apart from libraries, youth have to be interested in scientific education otherwise our youth will be backward in regard of education. They will be unable to compete and face the world. 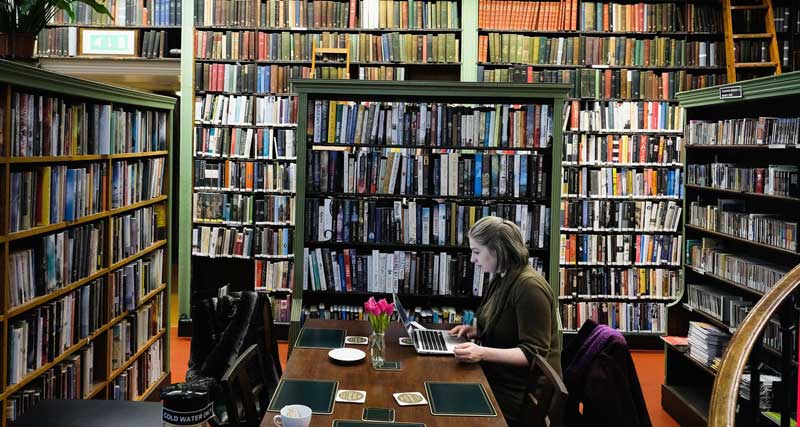 Umpteenth problems are being faced by the students of our country owing to a dearth of libraries. The government should take serious steps in making Pakistan’s future brighter by establishing more libraries for the strengthening of education system. I also want to address the youth to pay more attention towards education and to develop a steadfast aptitude.

A library is a collection of sources of information and similar resources, made accessible to a defined community for reference or borrowing.

It provides physical or digital access to material, and may be a physical building or room, or a virtual space, or both.

A library’s collection can include books, periodicals, newspapers, manuscripts, films, maps, prints, documents, microform, CDs, cassettes, videotapes, DVDs, Blu-ray Discs, e-books, audiobooks, databases, and other formats. Libraries range in size from a few shelves of books to several million items. In Latin and Greek, the idea of a bookcase is represented by Bibliotheca and Biblioth?k?: derivatives of these mean library in many modern languages, eg French bibliothèque.

The first libraries consisted of archives of the earliest form of writing-the clay tablets in cuneiform script discovered in Sumer, some dating back to 2600BC. Private or personal libraries made up of written books appeared in classical Greece in the 5th Century BC. In the 6th century, at the very close of the Classical period, the great libraries of the Mediterranean world remained those of Constantinople and Alexandria.

A library is organised for use and maintained by a public body, an institution, a corporation, or a private individual. Public and institutional collections and services may be intended for use by people who choose not to-or cannot afford to-purchase an extensive collection themselves, who need material no individual can reasonably be expected to have, or who require professional assistance with their research. In addition to providing materials, libraries also provide the services of librarians who are experts at finding and organizing information and at interpreting information needs. Libraries often provide quiet areas for studying, and they also often offer common areas to facilitate group study and collaboration. Libraries often provide public facilities for access to their electronic resources and the Internet.

Modern libraries are increasingly being redefined as places to get unrestricted access to information in many formats and from many sources. They are extending services beyond the physical walls of a building, by providing material accessible by electronic means, and by providing the assistance of librarians in navigating and analysing very large amounts of information with a variety of digital resources. Libraries are increasingly becoming community hubs where programmes are delivered and people engage in lifelong learning. As community centres, libraries are also becoming increasingly important in helping communities mobilise and organise for their rights. The relationship between librarianship and human rights works to ensure that the rights of cultural minorities, immigrants, the homeless, the disabled, LGBTQ community, as well as other marginalised groups are not infringed upon as protected in the Universal Declaration of Human Rights.